The Early Bird Gets the Plastic Cup 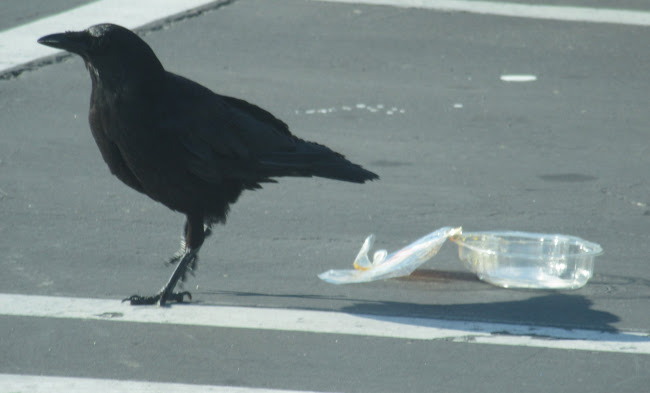 Two Doctor Who audio play were listened to by me this past week. Both from 2004, I heard the Eighth Doctor's The Twilight Kingdom and the Fifth's The Axis of Insanity. Neither was really bad. Well, The Axis of Insanity was kind of lame, featuring a "Jester" character who comes off like Cesar Romero in the 60s Batman television series. He's taken over some kind of nowhere zone that sounded an awful lot from it's description like the "nowhere" we see in The Mind Robber but it's meant to be a totally different one. With the Doctor are Peri and the audio only companion Erimem who has gotten a lot more spunk by this time, the Egyptian princess distinguished herself by being a little vicious before, now she's a little more laid back and casual.

The Twilight Kingdom succeeded a little more on atmosphere even if the story itself wasn't particularly special--continuing in the "Divergent Universe Saga" where the Doctor, Charley, and C'rizz are trapped in some series of linked worlds without the TARDIS, the three find themselves in among a group of militant rebels holed up in a cave. There's a sense of a temporary situation that's grown all to permanent but no-one can quite say way, which is an intriguing mystery while it lasts.

No pictures this week related to Doctor Who so here's a crow I saw scavenging outside a grocery store yesterday. These fellows are so camera shy, I was rarely able to get good photos before. Now I have a better camera with a real zoom--instead of just cropping photos on the spot and calling it a zoom--so I was able to take pictures from my car. 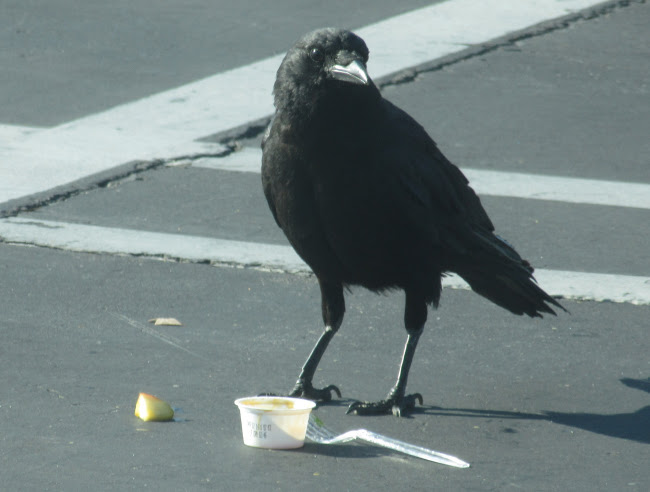 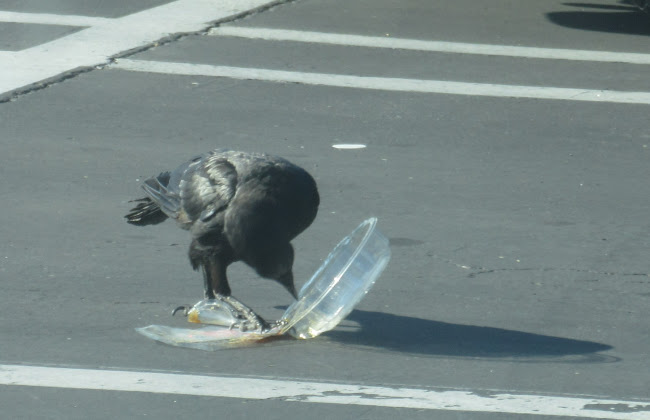 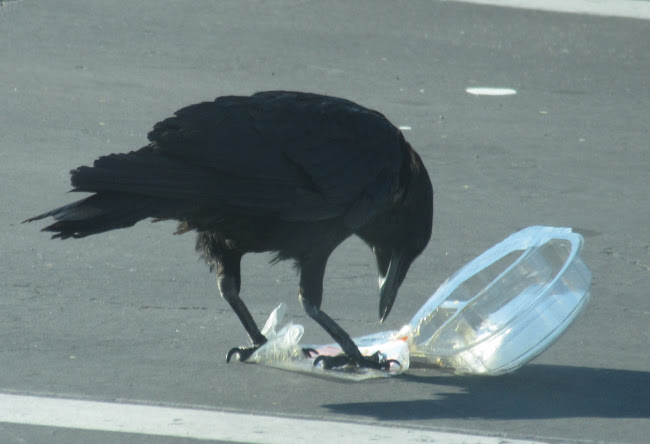 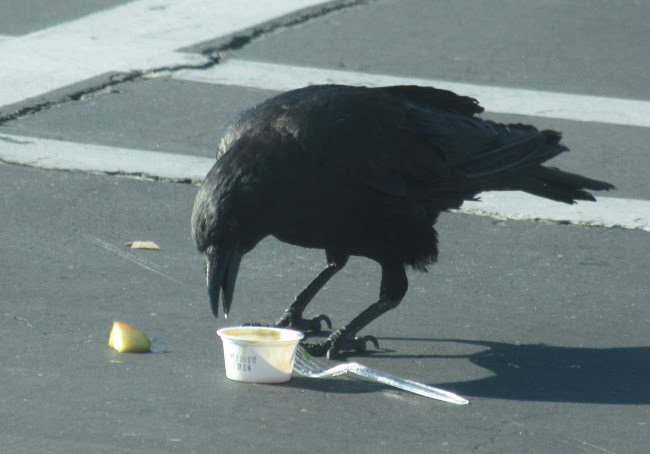 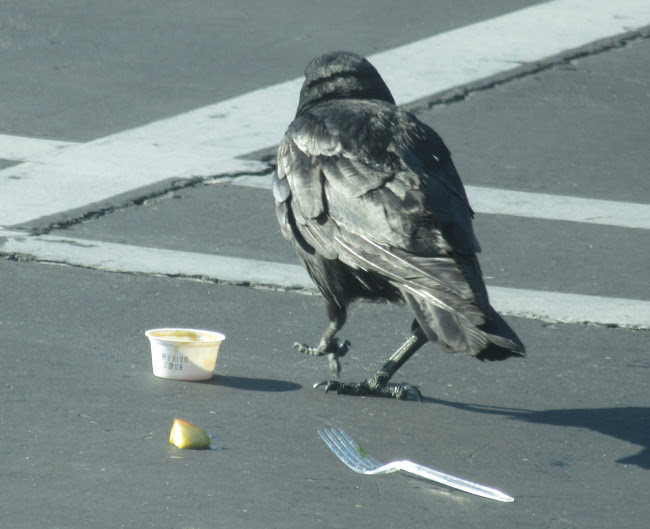 Posted by Setsuled at 2:45 AM
Email ThisBlogThis!Share to TwitterShare to FacebookShare to Pinterest