The Spiders from Earth 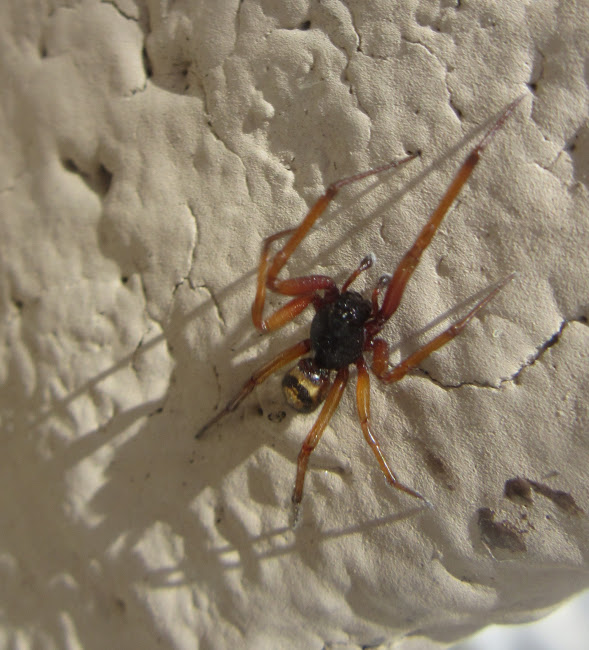 I came in from getting my mail to-day and felt something tickle my hand. Looking down, I found this beauty crawling on the back of my hand. I reflexively flung it onto the ground--obviously it had decided not to bite me so far but I knew better than to tempt fate. It looks like it might have hurt me pretty bad though I have no actual idea how bad, I don't know what kind of spider it is. I captured it in a CD spool and released it outside, making love to it with my camera every step of the way: 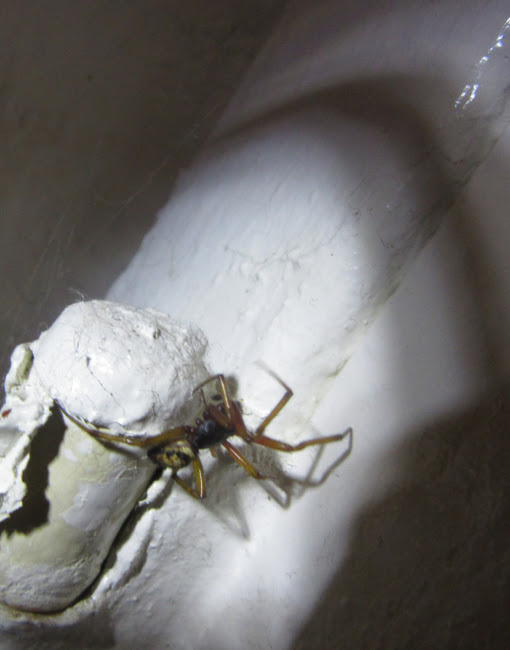 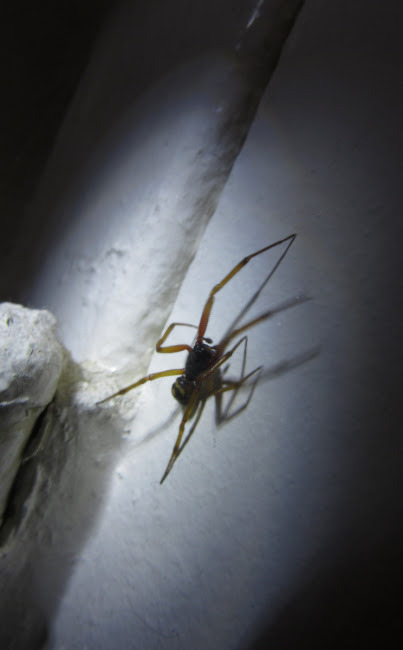 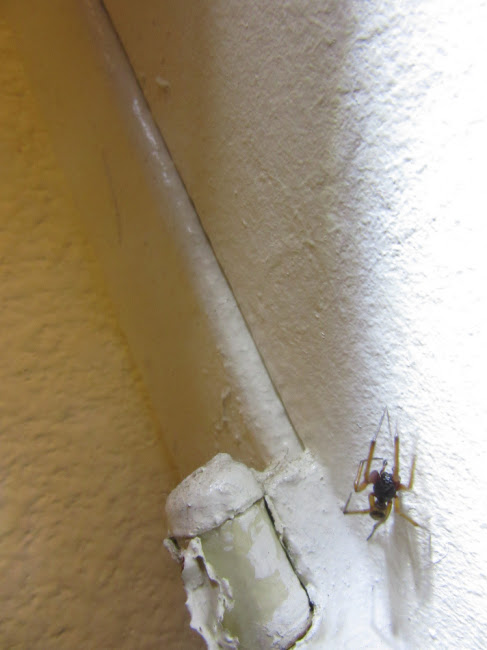 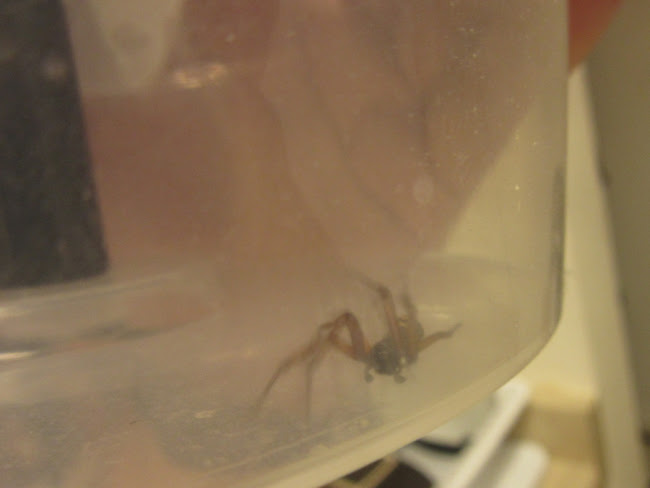 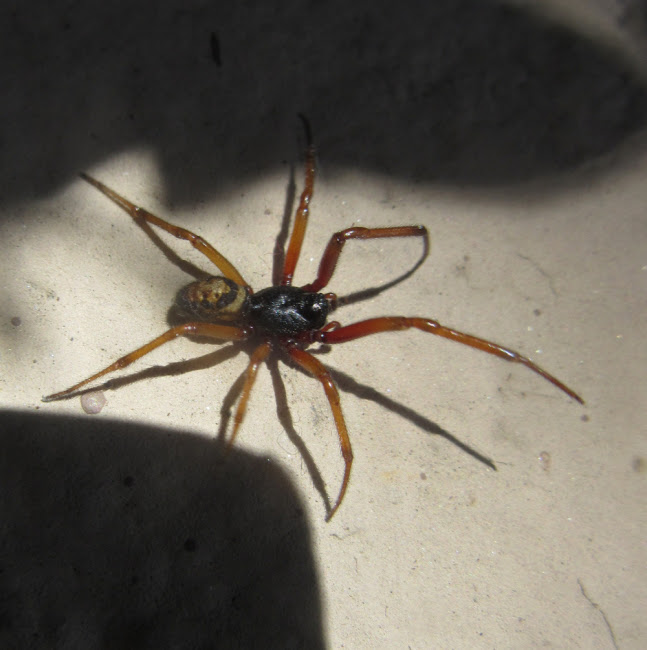 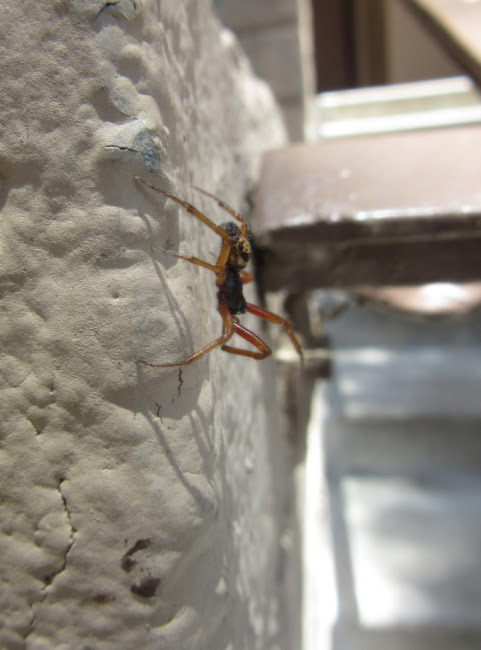 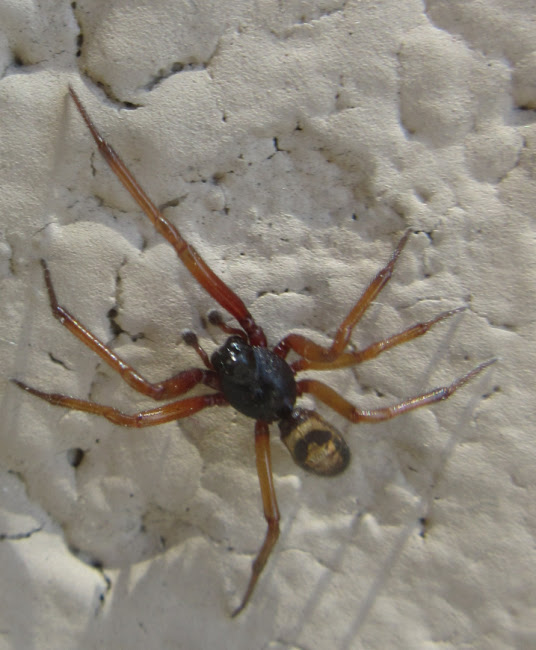 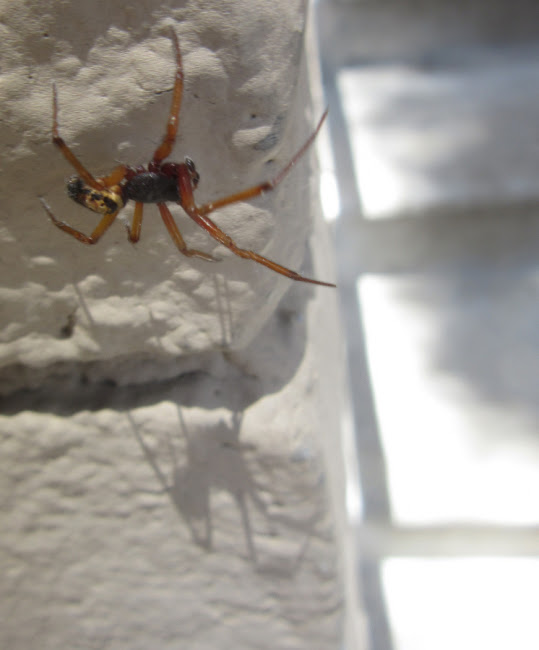 You kids to-day who download individual songs at a time don't know what you're missing by not having the album experience. Bowie has always been one of the greatest artists at putting an album together, too. What an ingenious thing is the first six tracts on Diamond Dogs, each song perfectly follows the next. The world painting overture is followed by the inseparable "Sweet Thing", "Candidate", and "Sweet Thing (Reprise)", a moodier decent into a bad part of town that's also an operatic indulgence in authoritarian seduction. "Sweet Thing (Reprise)" ends in chaotic, disjointed electric guitar which is suddenly obliterated by the simple, repeating riff that begins "Rebel Rebel" as misfit youthful expression provides an antidote for cynical decadence. This album is one of those things you must hear before the spider bites you.

Posted by Setsuled at 4:54 PM
Email ThisBlogThis!Share to TwitterShare to FacebookShare to Pinterest