Vodka In Your Juice Box 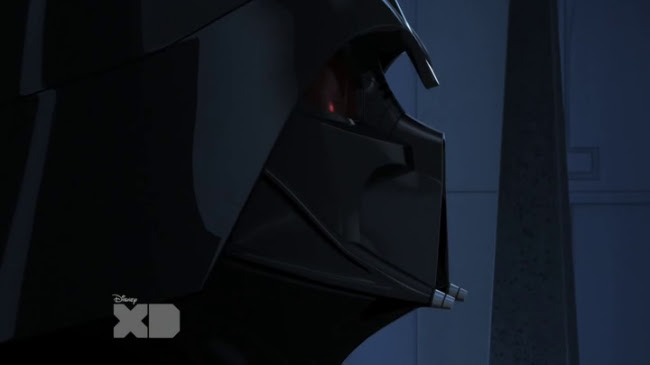 Happy Father's Day, Darth Vader, last night James Earl Jones returned to the role for the season première of Star Wars Rebels. Not a lot of people seem to be talking about it, possibly a reflection on Rebels' mediocre first season--the casting of Jones couldn't have been cheap so this could be a sign of Disney throwing money at the problem. The problem that really needed fixing was writing and fundamental series concept. Did the season première learn from the first season's mistakes? Partially.

Buzz on this season première is so weak that as I'm writing this the Wikipedia entry and the imdb entry for the episode still don't name the writer or director, I had to go to my recording of the episode and check the end credits. One definite sign of improvement is that it's written by easily the best writer from the first season, Henry Gilroy, instead of being given to a high profile hack like Simon Kinberg. There's still a basic problem of the Empire being a little too easy to handle for the heroes but Gilroy constructs a satisfyingly surprising plot with much better dialogue--like when Kanan proposes a plan and Hera says, "Are you crazy?" and Kanan replies, "Does anyone ever say yes to that?" 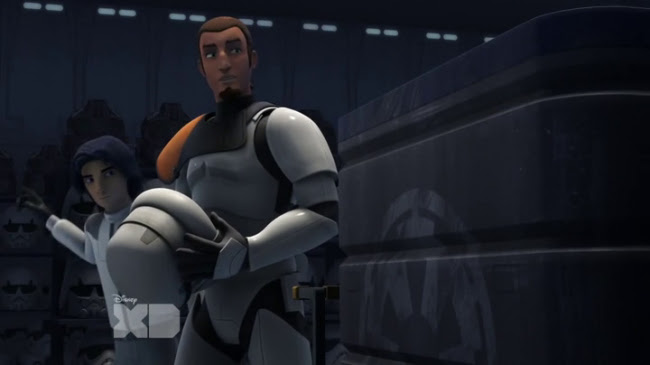 Kanan and Ezra were substantially less annoying but were still frustrating for being at the fore because it meant side-lining Ahsoka Tano, the other big draw for this episode. Anakin Skywalker's apprentice from The Clone Wars, the prospect of her meeting Darth Vader presents a lot of exciting possibilities and the episode does tease it well in a scene where the Imperial side actually gets to look pretty deadly for once as Vader single handedly decimates half a Rebel fleet. 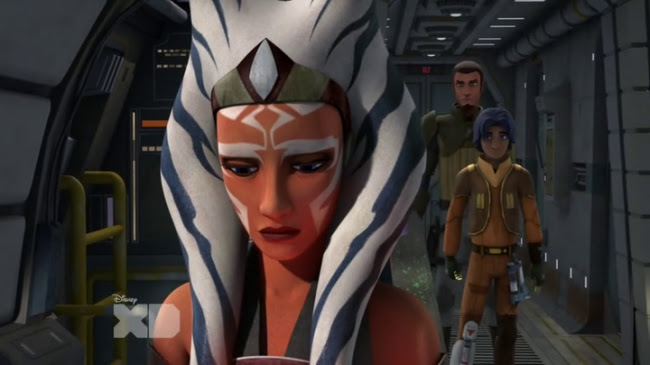 An earlier scene, which feels like it was forcibly pulled back a bit by worried Disney producers, has Vader ordering the destruction of a refugee village. The villagers are "taken captive", though this isn't seen, Ezra somehow intuits it from the blackened structures. Disney is presumably still selling copies to children of the movies where Anakin slaughters men, women, and children, is this sanitation really necessary? 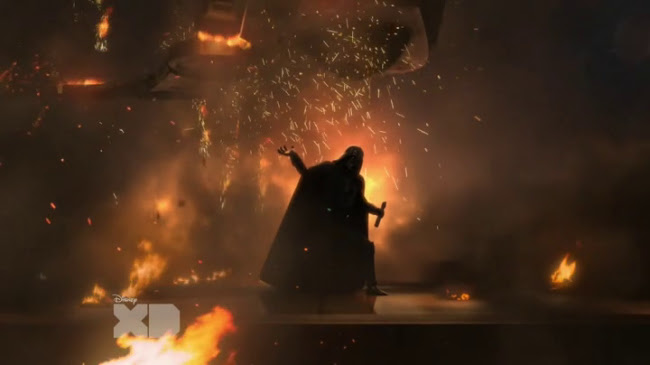 But it says a lot for James Earl Jones that his cool delivery when he orders the burning of the village still makes it seem pretty horrid. Hopefully, when season two resumes in a few months, the show will gradually move to the kind of wide ranging narrative that characterised Clone Wars and jump from one group of Rebels to another instead of focusing on the generic brand version of the original trilogy crew. When you have Ahsoka and Vader, you don't need Freddie Prinze (with a Z!) and Aladdin. I could also do without the vaudevillian take on an indie artist called Sabine.

Posted by Setsuled at 1:29 PM
Email ThisBlogThis!Share to TwitterShare to FacebookShare to Pinterest