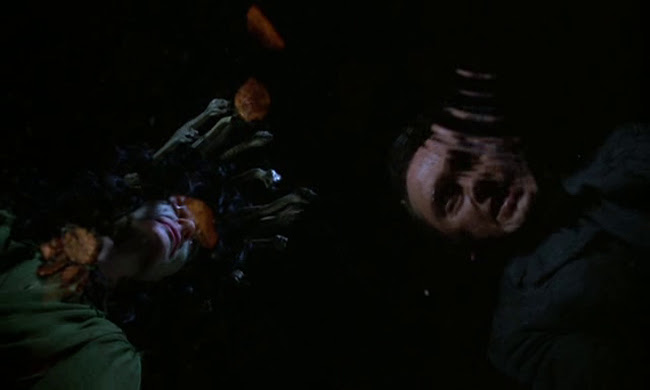 I happen to like women with snakes for hair but the idea of the gorgon, whose appearance is so terrible it can turn a viewer to stone, is a potent idea for rumination on human behaviour. The idea that just by existing she destroys things around her. This idea isn't quite explored in an interesting way in the 1964 Hammer film The Gorgon which is for the most part a pretty plain monster flick, aside from the fact that its plot makes little sense. But it is one of the more beautifully shot Hammer productions and has three wonderful stars in Peter Cushing, Patrick Troughton, and Christopher Lee. 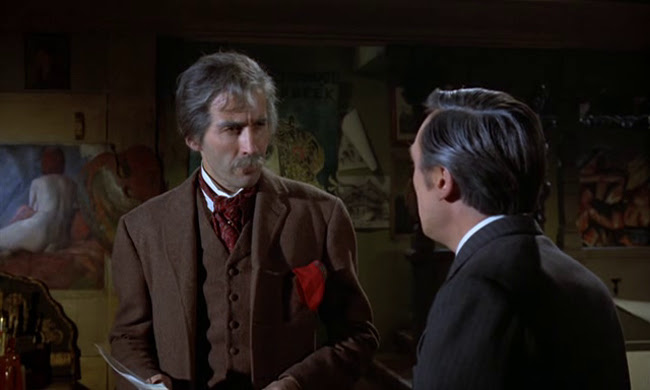 Lee essentially gets to play Van Helsing this time as Professor Karl Meister. He has a brief appearance early in the film and, like Van Helsing, becomes a major character later. He comes to town in order to find out why his student, Paul (Richard Pasco), hasn't come home yet. Paul had been investigating the deaths of his brother and father--the first half of the film follows him as he is frustrated by a seeming conspiracy of silence perpetrated by the local doctor, Namaroff (Cushing), and Police Inspector Kanof (Troughton). 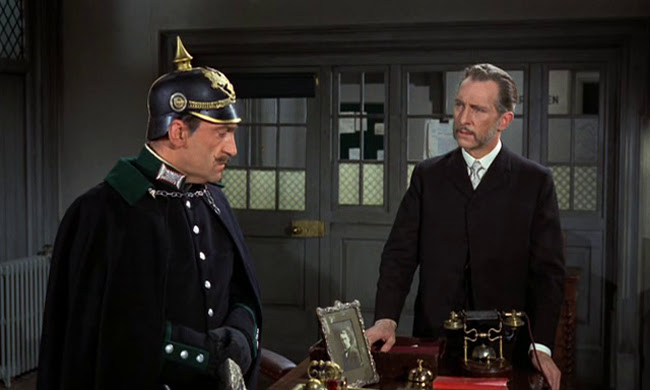 It was exciting to see Troughton acting alongside Cushing and Lee, I only wish he'd had a better role than the stock obstructive local law. 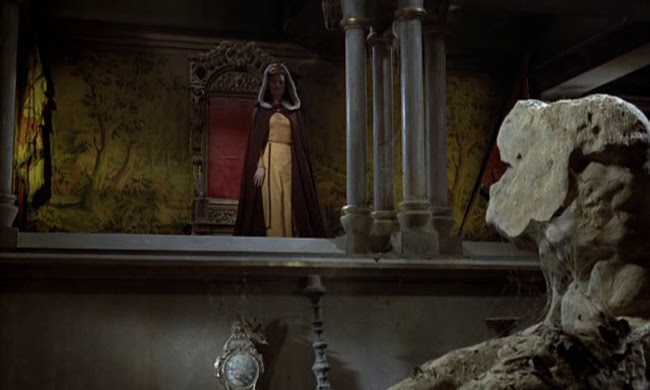 Paul finds himself falling for Namaroff's assistant, Carla (Barbara Shelley), whom he meets when she breaks into his brother's house. She seems under some spell he can't understand as much as he tries. It ties her to the town and to Namaroff--one of the more ineffective contortions of plot involves the murkiness of Namaroff's motives, but I won't spoil it for you.

Lee seems to be having a good time playing the hero--like Van Helsing, again, he's a bit eccentric, this may be the biggest, most comedic personality Lee was ever allowed to play. Of course, Hammer couldn't avoid an opportunity to exploit Lee's physical capabilities and in one scene we see Professor Meister shove two policemen to the ground simultaneously. 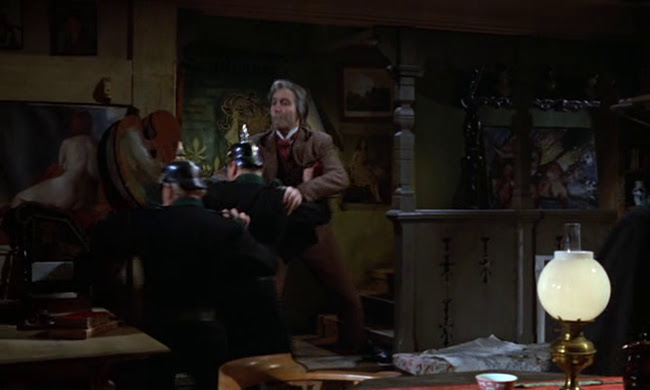 The film has a particularly handsome use of shadow and colour. Cinematographer Michael Reed manages an almost Van Gogh quality. 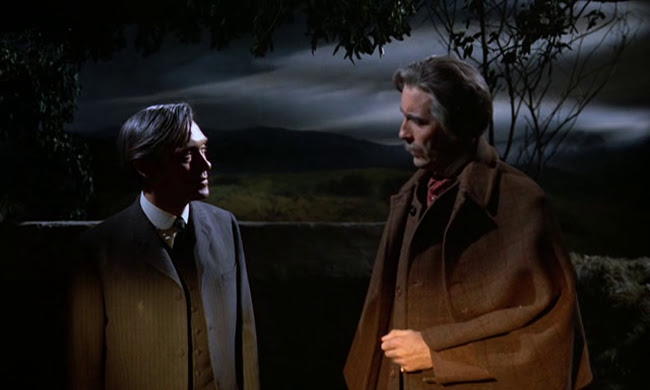