Surely, Doctor, you wouldn't say no to some delicious spaghetti? Ah, but that's not spaghetti at all, it's an Axon! From the Third Doctor serial The Claws of Axos which I rewatched this week. A serial that wasn't quite as good as I remembered. Perhaps there was something unconvincing about this official top secret document the first episode opens with: 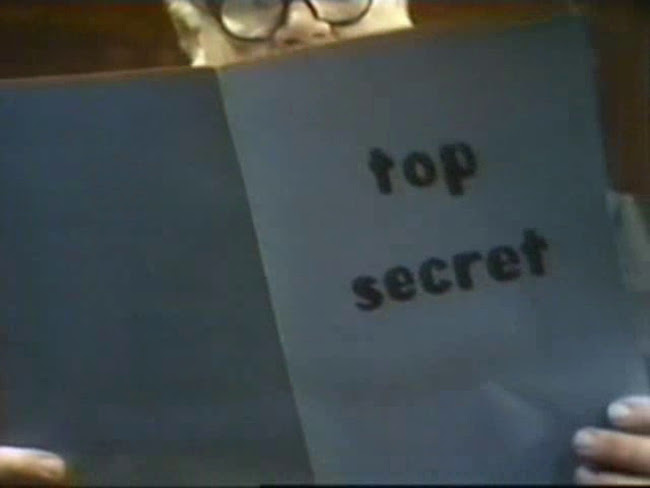 I would think there's an entire third grade class that's not privy to the contents of that folder, at least until after the spelling test.

It does get better once it gets rolling. I like how the Axons put on an inaccurate human disguise when they negotiate with the Earth people. 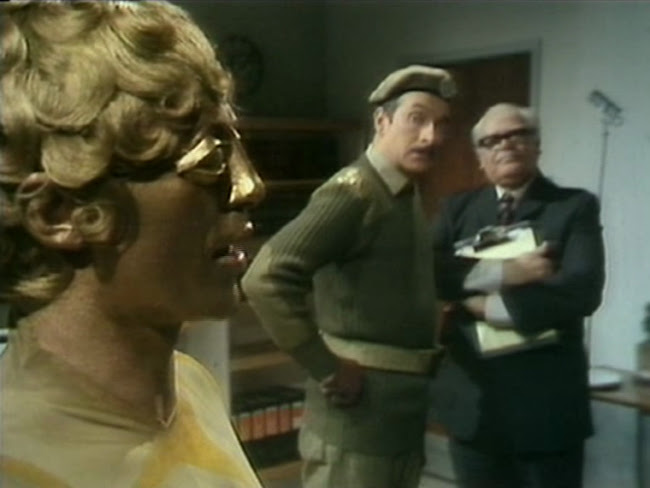 The real flaw in the serial is the Master who shows up and dumbs everything down, as usual. Instead of just dealing with a duplicitous alien race with real needs, the Doctor must also face off against the cartoon villain. This is one area where the Twelfth Doctor's era has definitely improved things.

Twelve has taken a lot of cues from the Third Doctor, possibly because the Third is Peter Capaldi's favourite. Set photos of Twelve's new costume look like he had Three's burgundy velvet coat modified. 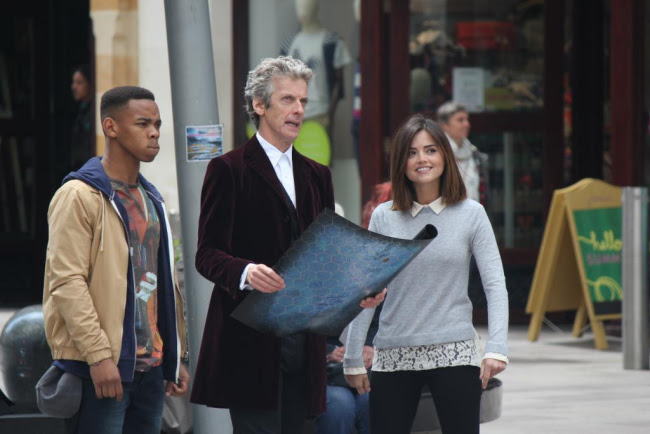 I only had time to listen to one audio play this week, the Sixth Doctor story from 2004 Arrangements for War, possibly the shallowest Doctor Who story in the history of the franchise. This may be a result of it biting off more than it could chew as it decides to confront the human relationship with death and the Doctor's hardening to it. It seems as though it was written to redeem a moment at the end of Project Lazarus when the Doctor offers Evelyn some chocolate cake when she's distraught over the death of their mutual friend--Arrangements for War begins at the end of that scene. In fact, that moment worked a lot better than just about anything in Arrangements for War which awkwardly has the Doctor taking Evelyn to a planet where no impending drama threatens so she can have time alone. Of course, this doesn't work out and we get an absurd plot about how the Doctor's boutonnière causes the deaths of over 4,000 people--which he hardly seems to notice even though the deaths of two specific people at the end make him really lose his shit in an obvious attempt by the writer to show Evelyn the Doctor's not as heartless as he seems. Colin Baker's very limited talent is a big part of the problem here. His histrionics actually seem to dig him deeper into the impression of genuine shallowness, rather than the impression of a man numbed by so much pain as some of the other Doctors achieve.