The Boots That Dare Not Speak Their Name 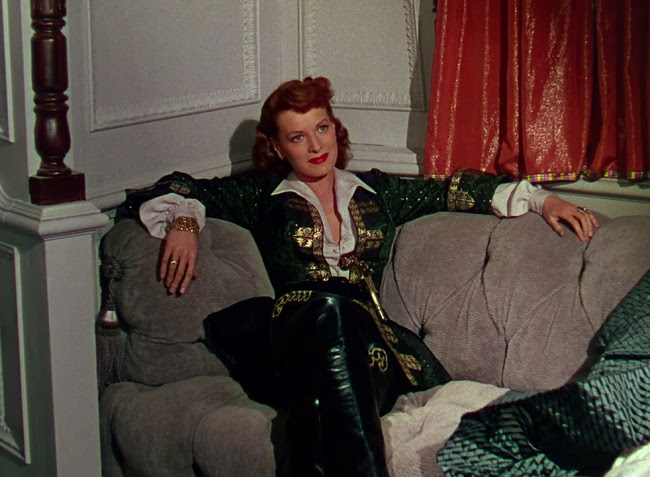 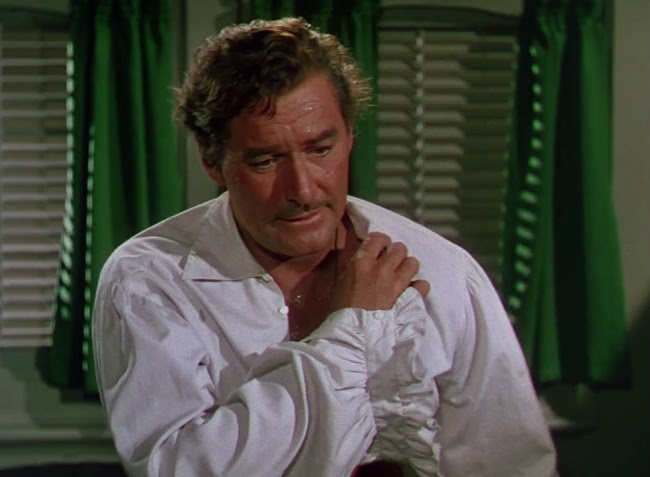 This is the first Errol Flynn movie I've seen from the period after which he's said to have hit the wall. I'd avoided films from this period in his career because of that. Maureen O'Hara's stories from the set of this one bear it out, how the now heavily drinking Flynn demanded that shooting end every day by four o'clock. There is still a virile charm about him but the sparkle, the lust in him that enlivened his roles of the 1930s, is dulled completely. He can't keep up with O'Hara and he doesn't seem to care. It was for O'Hara I watched this movie. After seeing her as a more conventional damsel in distress in The Spanish Main I was excited when I read she actually played a pirate herself. 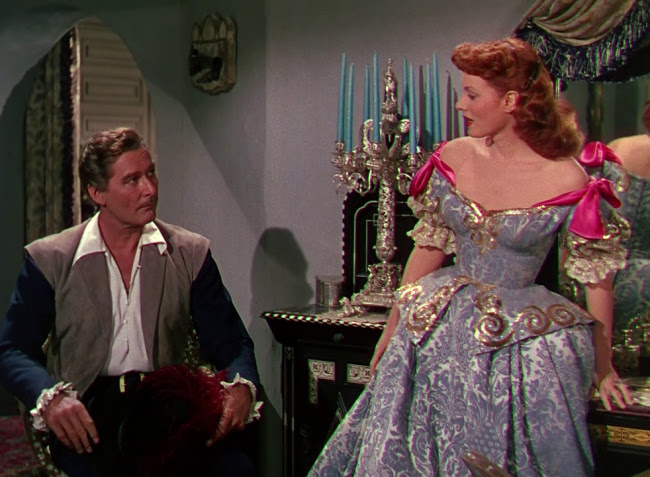 She would have been a great action star. She had the reflexes and you sense physical power when you look at her, so much so it's not really believable when someone the size of Anthony Quinn is able to hold her in place by grabbing her shoulders. She does some sword fighting in this film but I think her weapon ought to have been a hammer, or maybe a big scimitar--she seems like she would break a lot of rapiers. 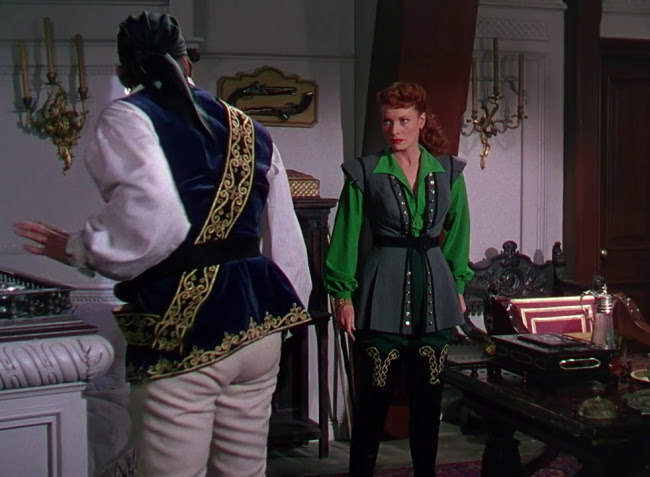 Those boots, aren't they great? Such a squandered opportunity. Instead, the scene I quoted at the beginning ends with Flynn putting her off and her walking out in a huff. It makes no sense that she keeps pursuing him. 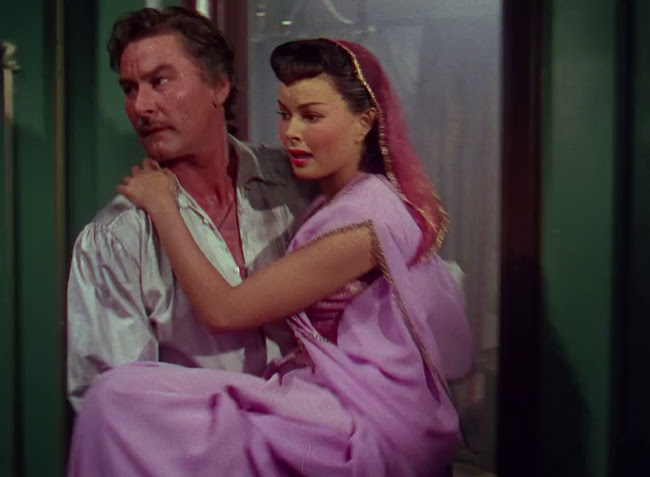 The plot seems to be based on an incident in the career of English pirate Henry Every when he captured an Indian princess near the pirate haven on Madagascar. It's unknown if a princess was really on-board the Ganj-i-sawai but there were many women on-board who were treated as one might expect women to be treated by pirates. In Against All Flags, the capture is given to Quinn's character, Captain Roc Brasiliano, whose name suggests he was based on the real life Dutch buccaneer Roche Brasiliano who operated in the West Indies rather than the Indian ocean. One also suspects the real Brasiliano wouldn't have decided to leave the women untouched. Though the film does show them being sold in something like a slave auction--though as "wives" and not slaves. The Hays code strictly prohibited depictions of white slavery so the scene was probably only allowed because the women were Indian--though played by white actresses, of course. 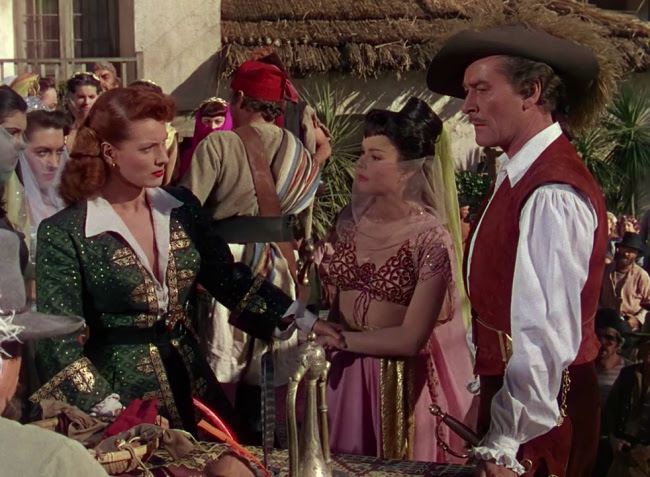 There is a council of pirate captains which includes a black captain, an appreciable nod to the fact that black men were able to achieve equal status with white men as pirates in the latter half of the Golden Age of Piracy.

The council in the film is convened to determine whether or not Flynn's character, Brian Hawke, is a British spy, which of course he is. Here are two things which fundamentally hobble the film--the idea that the British would send a spy among the pirates, and the idea that pirates would expect the possibility of a spy and convene something like an inquest to determine if a man was a spy rather than simply torturing him. This is all part of the problem that damaged many pirate films in the Hays era, the need for the pirate protagonist to at least secretly be a perfectly good, respectable man. This didn't necessarily break a film--Flynn's character in The Sea Hawk, being based on the relatively respectable Francis Drake, worked nicely enough. But considering that Disney made one of the greatest pirate films of all time, Treasure Island, two years before Against All Flags, there was no excuse for a film to bend over backwards for the Hays Code the way Against All Flags does.