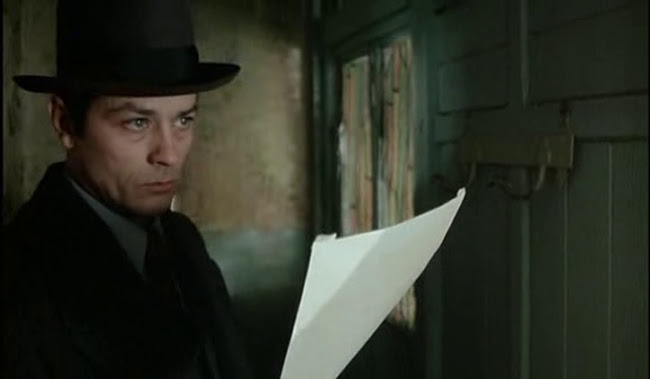 Does suppressed empathy imply a suppressed identity? When issues of self-preservation make it dangerous to care, a particularly successful survivor buries his concern completely but where does it go? In 1976's Monsieur Klein the title character discovers there's someone else living in the same city with the same name. A worrying fact considering the city is Paris in 1942 and the other Robert Klein is Jewish and wanted by the police. At one level a Wrong Man film worthy of Hitchcock, the film is also a fascinating and beautifully shot portrait of basic human fear and compulsion.

Alain Delon plays the Catholic Klein, a well dressed and handsome art dealer who isn't especially political, happy to buy art from desperate Jews fleeing the country but not apparently feeling anything in particular for their plight. One day he discovers a Jewish newspaper has been mistakenly delivered to him--he immediately reports it to the police in the hopes of heading off any suspicion but his actions backfire, his reporting to the police actually arousing their suspicions. 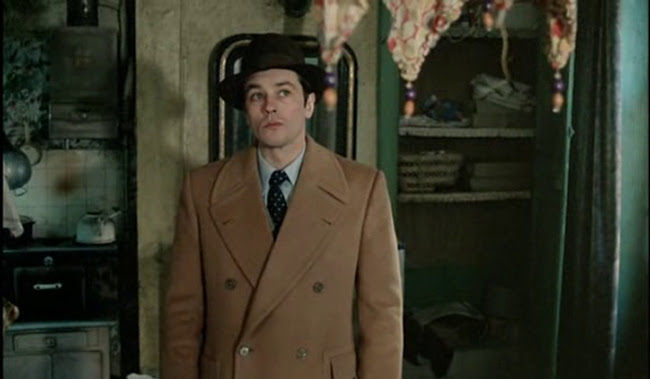 One could describe the film as North by Northwest meets The Rules of the Game. Like the Renoir film, there's a society depicted whose insulated world of parties and love making seems cut off from the world around them. There's a peculiarly ritual quality to Delon's Klein's relationship with his girlfriend, Jeanine (Juliet Berto). He commands her to stay in bed most of the day where she petulantly reads from the books he has stacked nearby. When she asks him about Moby Dick, he insists she read something else. 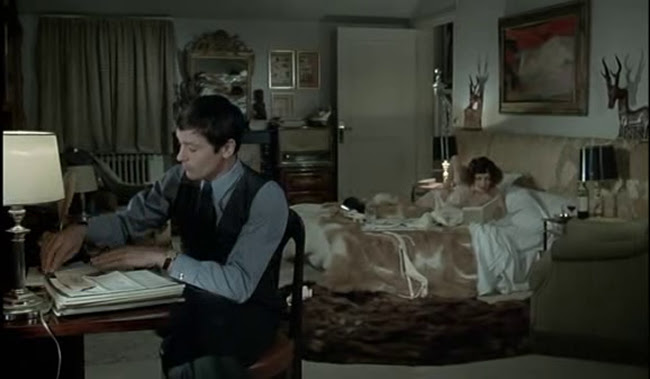 Perhaps the tale of Captain Ahab hits too close to home as his continued search for the Jewish Robert Klein gradually seems less motivated by a desire to clear his name and more by an obsessive desire to meet the man. The father of Delon's character, when asked, is offended and alarmed by the very idea that anyone named Klein could be Jewish, angrily insisting that their history goes back to Louis XIV. Despite the apparent political ambivalence of Delon's character, there's a sense that his obsession, his attraction to the other Klein, is fuelled by repulsion. Even when he gets close, he more than once tells someone who inquires about his search, "It has nothing to do with me!" 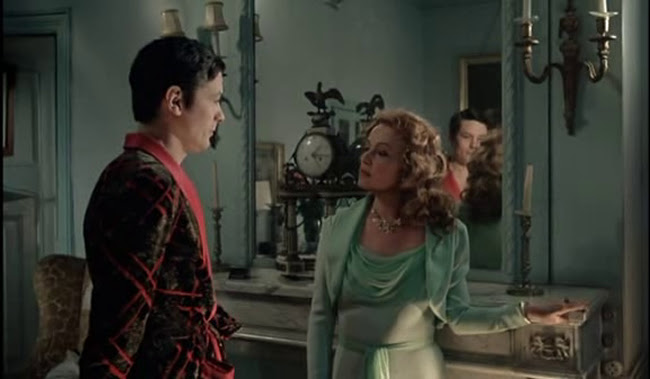 An image of the Jewish Klein never seems to get clearer as Delon tracks him to a decrepit little apartment and to a high society gathering in a country manor where a rich Jewish woman played by Jeanne Moreau seems just as happy seducing one Robert Klein as the other. 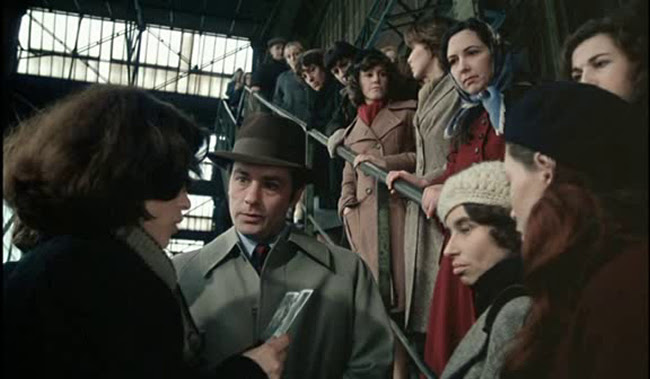 Since he doesn't seem repulsed by her, the nature of the shadow Delon chases seems less to do with Jews and more generally to do with a sense of ugly reality. The impression I had at times was that the film really portrays two sides of a single man, that Delon's character isn't really whole. He seems an embodiment of a kind of cultural schizophrenia caused by state terror and at the same time the story works as a very personal rendering of an extraordinarily and dangerously compartmentalised psyche. The compulsion of the chase implies a fundamental terror of the two Kleins being two separate people.