The Heart Over the Badge 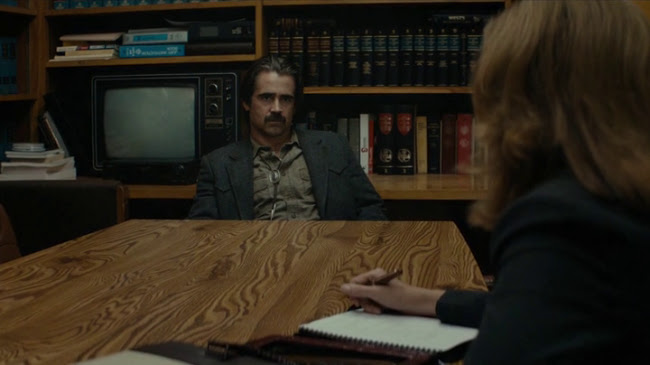 Last night I dreamt there was a very tiny, about half the size of my pinkie fingernail, orange piranha making a web in my apartment. I had a big fish tank in my dream so I decided to see what would happen if I put it in the water. I couldn't tell what happened when I did because I'd forgotten to clean the tank for a few months so the water was all cloudy.

Was this inspired by last night's season première of True Detective? Is Colin Farrell the piranha and is the city the dirty fish tank? Maybe the piranha is Vince Vaughan's character. It was a good show in any case, I think I actually like this episode better than the season one première. The characters seem more complex to me and I like the variety, though season two carries over the first season's basic theme that the "true detective" is one who performs the role of detective with consummate, spiritual focus, in spite of and often because of all failings in the detective's personal life. 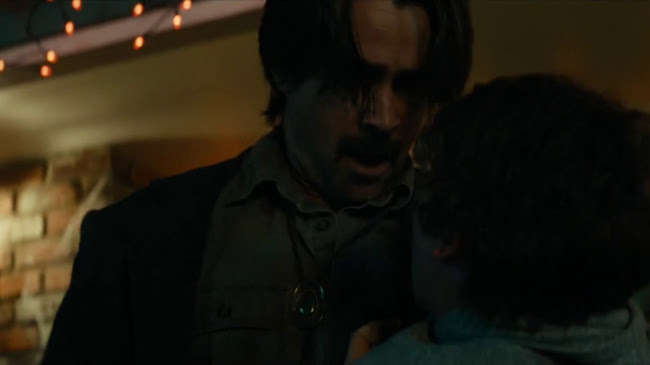 A detective in showrunner Nic Pizzolatto's mythology is like a knight undergoing trials and crises that serve to illuminate the purity of his heart even when he fails. Colin Farrell's character, Detective Ray Velcoro, savagely beats the father of the kid who bullied Velcoro's son, who may not be his biological son but the result of his ex-wife having been raped. There's quite a list here of marks of Velcoro's dedication--to a woman who's no longer his wife, to her child who isn't genetically his, to exacting revenge even though it's way outside the bounds of the law. In the process he even traumatises the boy he means to avenge, so angry at the little boy for shrinking from seeing justice done he grabs him roughly and yells at him. He's Percival in search of the holy grail, a spiritual thing instead of a physical object, and while the details matter enough for him to feel guilty later, nothing shakes his focus. 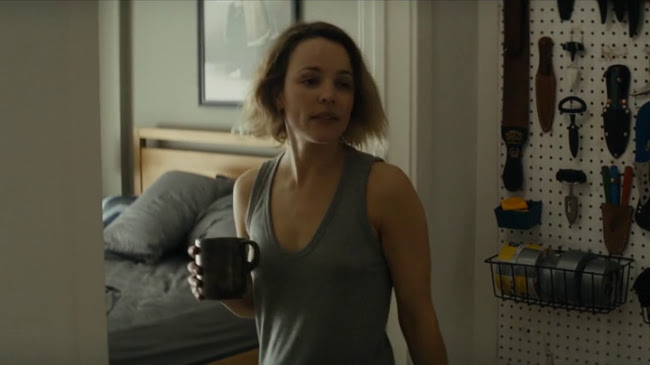 Where last season, women were relegated to victim, foil, and eye candy roles, Rachel McAdams in the new season gets to be one of those on the holy quest. We watch her character, Detective Antigone Bezzerides (that's a name that says a lot) attempt to bust a house where women are recording themselves masturbating for webcams despite the fact that she has no legal authority to do so. We find one of the women in the house is her sister and Antigone seems primarily motived by the desire to straighten out her sister though, as her sister and father point out, it's only Antigone's morality that the sister is in conflict with. There's perhaps meant to be hypocrisy hinted at when Antigone is first introduced and an embarrassed young man she'd been in bed with alludes to an extreme sex act Antigone had wanted him to perform (the show doesn't specify what). 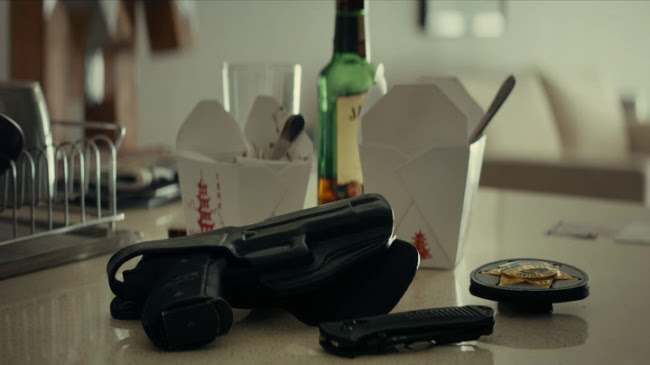 Incidentally, it's here that we see she's the only one still drinking Jameson which was omnipresent in season one. Farrell's character is seen drinking Jim Beam and Johnnie Walker which I'm guessing means the show has unsurprisingly picked up a few more sponsors.

The third policeman isn't a detective but a motorcycle cop who takes pills instead of alcohol, Taylor Kitsch as Paul Woodrugh, but he shows plenty of the fanatic's sense of purpose. 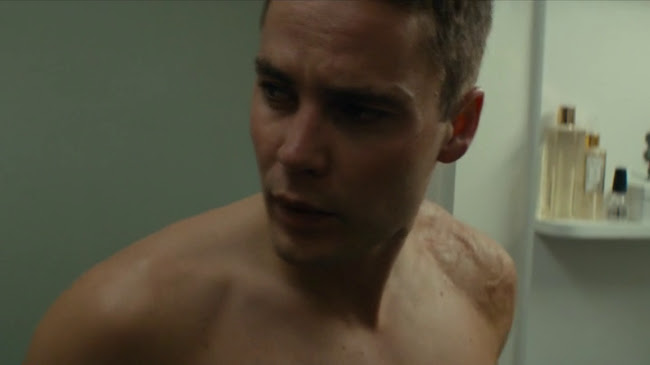 After failing to take a bribe from a rich, wealthy, and attractive woman who attempts to offer him sex when he pulls her over for reckless driving (one of the less flattering female stock character types that the show still produces) she later gets him suspended after he fails to accept her "trade". He speaks of a spiritual bond with his motorcycle and being suspended puts him into such an existential crisis we watch him speeding at night on his privately owned bike without the headlamp on. And like a show of courage and commitment to God, a leap of faith, it leads him right back to his destined path. 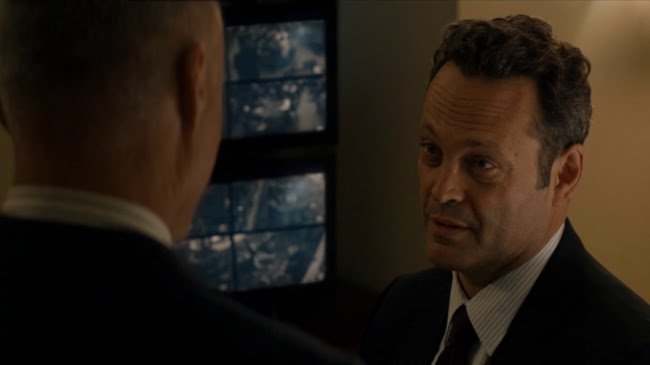 The fourth major character is an interesting anomaly, Vince Vaughn as a gangster named Frank Semyon. He owns Velcoro's loyalty for giving the detective the name and address of his wife's rapist. Semyon seems originally to have been motivated at least partially by a sense of justice and there's an impression that he's not merely looking out for himself. As he explains to an underling, the organisation to which he belongs is supported by "codependent interests". He may be an example of an idealised gangster which isn't so different a thing from Pizzolatto's detectives--like Vito Corleone, he functions as an enforcer of rough justice rather than simplistic opportunism. I'll be interested to see how this plays out, how his independent sense of justice interacts with and potentially supplements the justice of the detectives.

Posted by Setsuled at 12:17 PM
Email ThisBlogThis!Share to TwitterShare to FacebookShare to Pinterest