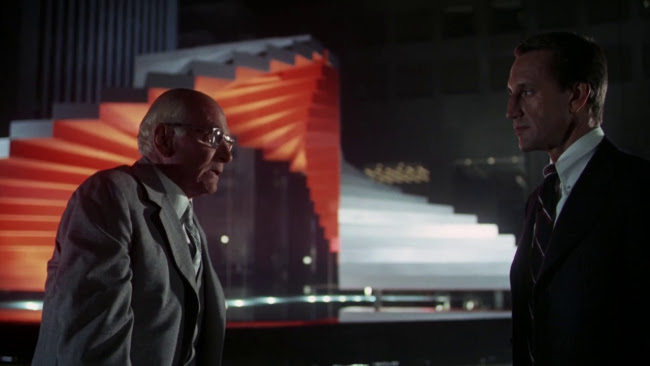 "Is it safe?" That's the famous line from 1976's Marathon Man, asked by a character for a specific reason but the line's repetition and threatening ambiguity of motive reflect the brilliantly suspenseful film as a whole. In ways big and small, the story seeks to undermine assumptions of safety. 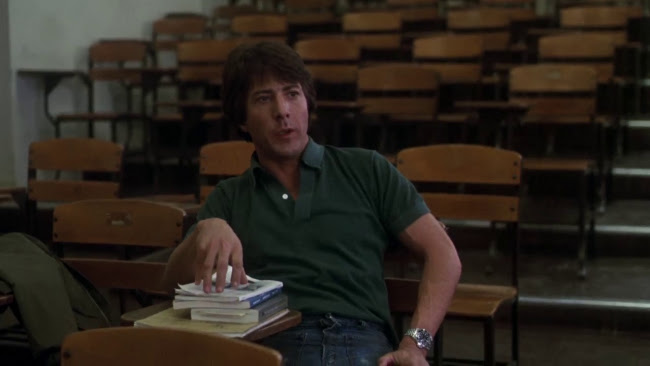 Babe (Dustin Hoffman) is an insecure but bright university student with an axe to grind against tyranny, the subject of a research paper he's working on. Drawing particular aim in his work is Joseph McCarthy, the infamous hunter of Communists in the 1950s. One of his victims was Babe's father who committed suicide after his reputation was ruined. 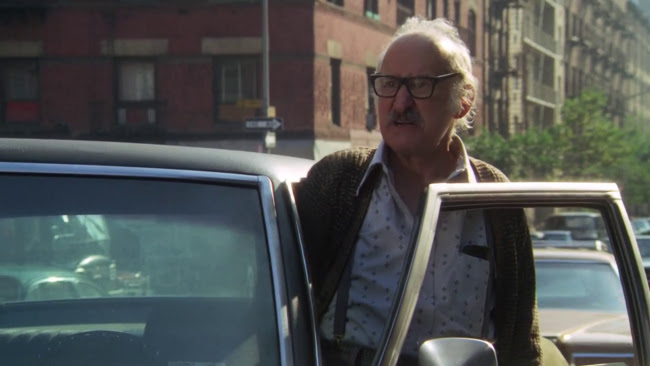 While we're being introduced to Babe, the film cuts between him practising running for a marathon and a seemingly unrelated scene of two old men in separate cars. They're having an argument that begins as road rage but takes on larger dimensions as one, a Holocaust survivor, recognises that the other is a former Nazi officer.

The scene simultaneously introduces the horror of the holocaust, where innocent people had their personal lives violently intruded upon and arrested by an organisation with no respect for human dignity, while also framing the scene with the Nazi being relentlessly pursued by the Holocaust survivor. It's shot partly from his point of view so we see a scene that focuses on the vulnerability of both parties, the Nazi now under graver threat not just because of the man chasing him but because we know he's guilty and if the film has any moral mechanisms in play there's nothing to protect him. 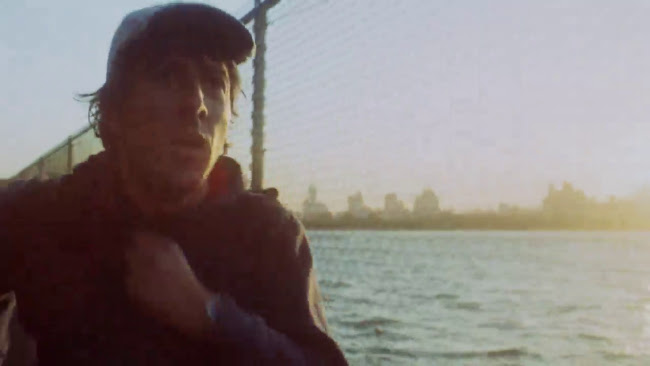 Babe's running regimen works as a visual metaphor for someone running away. The idea of running for no external, immediately present physical reason is a reflection of the threats which are all the more frightening for being undefinable and ubiquitous. 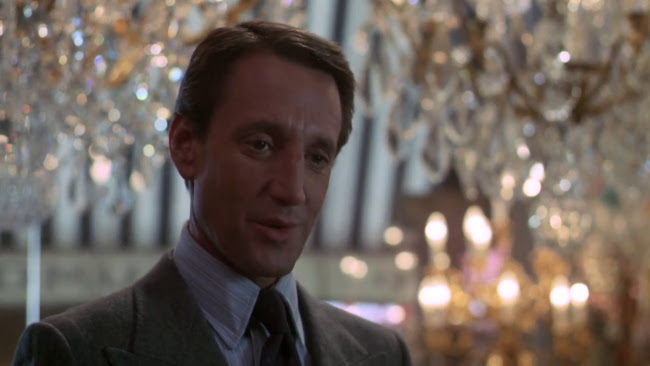 So Babe's brother, Henry (Roy Scheider), seems a bit out of place in the film at first, a James Bond-ish, super competent American spy, but his character ends up underlining the general treachery of existence.

It's Laurence Olivier who speaks the famous line. He plays a fugitive Nazi, too, and expands on the theme of the road rage scene. When an American agent observes how doing his job requires him to do nasty things and adds, "I believe in my country," Olivier replies, "So did we all." Taking the patriotism as, by extension, a sense of self-preservation via herd mentality, we can see how the two men share a cynicism that has led them to commit horrific crimes. 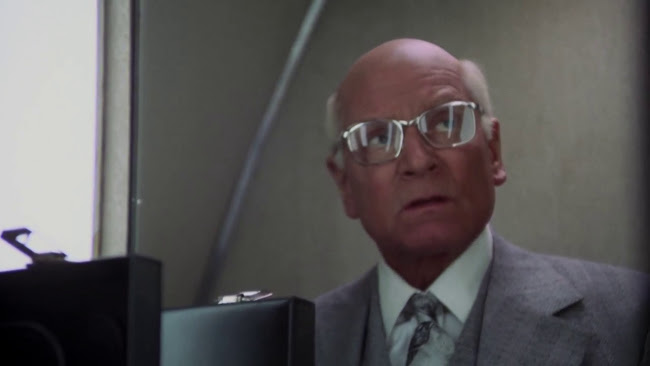 Babe is the centre of the film for a lot of reasons but mainly because, as an educated, nervous young man who keeps a gun in his apartment, the tension lies in where he decides the limits are of the violence he's willing to commit to protect himself.

Posted by Setsuled at 12:56 PM
Email ThisBlogThis!Share to TwitterShare to FacebookShare to Pinterest