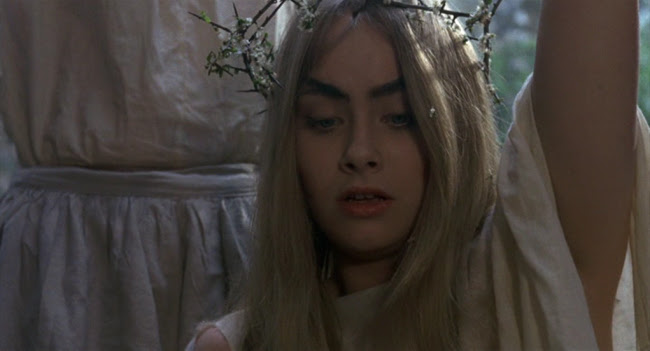 Sometimes Satan requires assembly. A farmer digs up some bones and a strange skull in his field and before long young people in the village start going mad and growing Satan's body parts in 1970's The Blood on Satan's Claw. A surprisingly pretty, well researched film, its accurate representation of rural, early 18th century England a bit more impressive than its plot about a Satanic cult--which is still fun. You will see no tricorn hats in this movie. 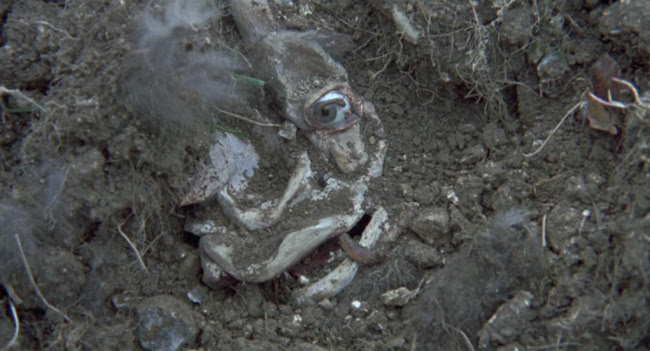 The skull has an eyeball in it still but the pragmatic judge the farmer shows it to still isn't convinced anything supernatural is going on. Patrick Wymark plays the judge--he gets top billing and this was his last film--he died later that year. Perhaps it's ill health that explains his absence for much of the film. 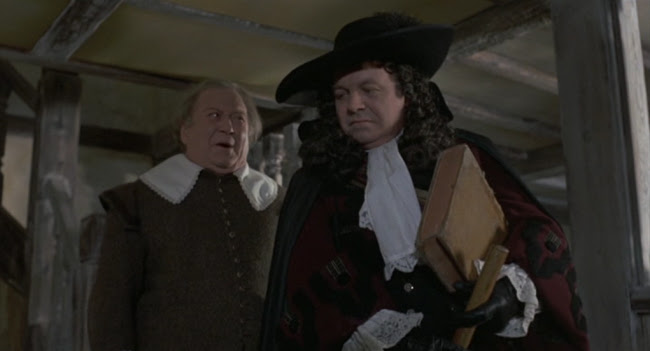 Despite rejecting superstition the judge foretells his return as he leaves for unclear reasons about a third of the way through the film. When he does come back, he decides to track down the cultists and kill Satan, if he's among them. Good plan. 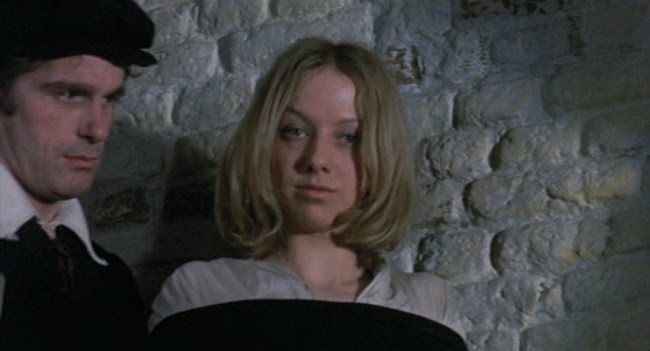 His son (Simon Williams) comes home early on with a fiance (Tamara Ustinov, daughter of Peter) the judge and his wife don't approve of. They let her sleep in the attack where she becomes one of the first people to start sprouting Satan parts. Her being an unapproved bride sets up a seeming link between the Satanic manifestations and sinful behaviour but then a few totally innocent people start getting patches of fur as well, like poor little Wendy Padbury. 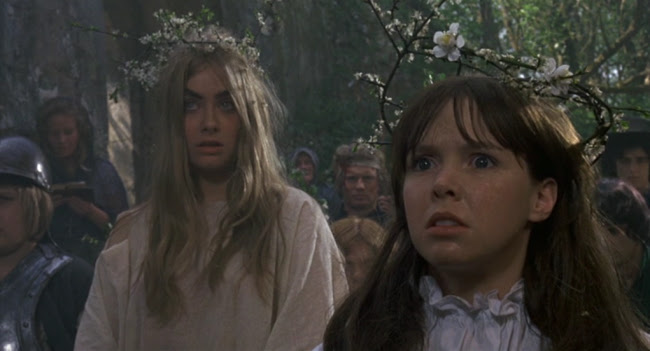 This was a year after she'd last appeared on Doctor Who as the Second Doctor's companion, Zoe. The film also features a future Doctor Who star, Anthony Ainley, who would play the third incarnation of the Master, the one who appeared on the show throughout the 1980s. He plays a reverend in The Blood On Satan's Claw and we meet him catching snakes in the farmer's field. 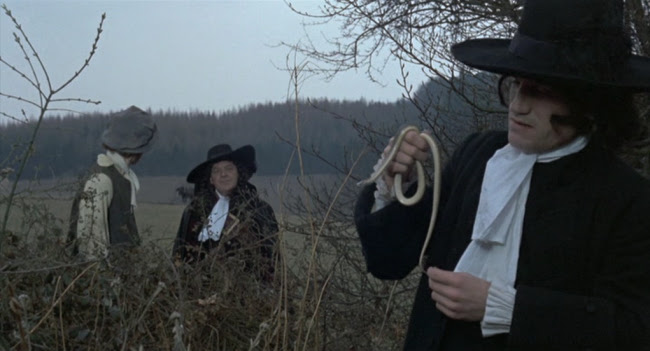 He also has a pet rabbit at home, his character given a peculiar amount of attention. Later, Angel Blake (Linda Hayden), the ironically named leader of the Satanic cult, tries to seduce him. 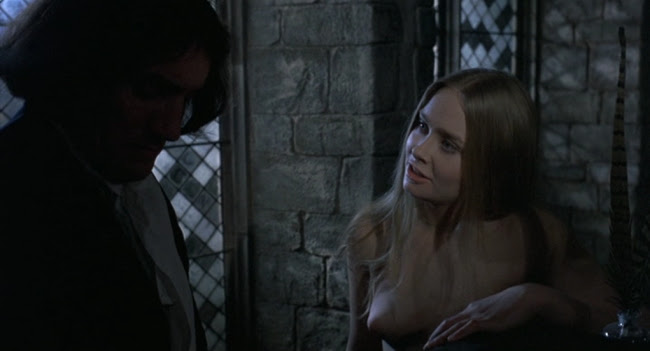 I guess it might be a reference to William Blake and Blake's thoughts on John Milton's Satan but maybe I just have Milton too much on the mind lately. In any case, she's quite good, very pretty, coming off like a mischievous child playing with bigger stakes.

The concept of the Satan body parts growing on people like an infection is nice and eerie. It has the feeling of a seventeenth or eighteenth century supernatural explanation of a real disease which gives it an effective psychological resonance. 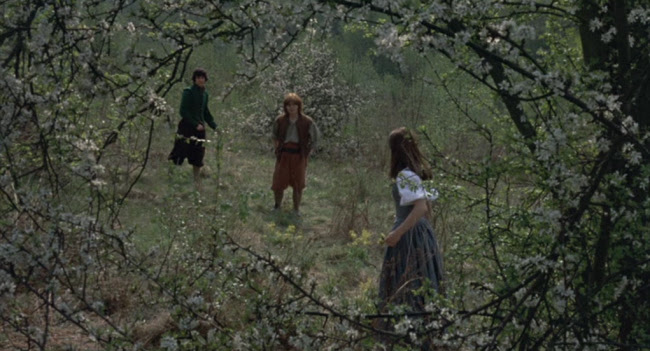 Shots focusing on the beautiful locations also help emphasise the film's rural spirit. The climax is slightly ineffective but sort of intriguing in its awkwardness.