Once There were Infinite Doctors 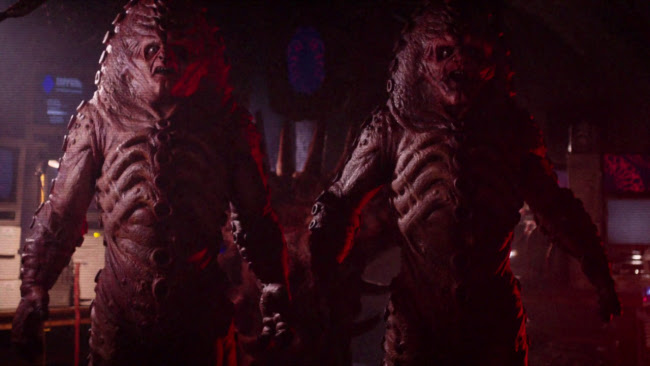 We've seen two episodes of Doctor Who by Peter Harness--"Kill the Moon" and now "The Zygon Invasion"--and I think it's safe to say this guy likes moral dilemmas. Theme seems more important to him than whether the plot makes sense, too, which is okay with me. I really liked this episode--sci-fi problems and another classic cliffhanger ending, what's not to like?

It really feels old fashioned, actually, as it seems the Doctor is constantly a step behind in this episode right up until it seems everything's going to Hell . . . and then next week we find out how's he gonna get outta this one. 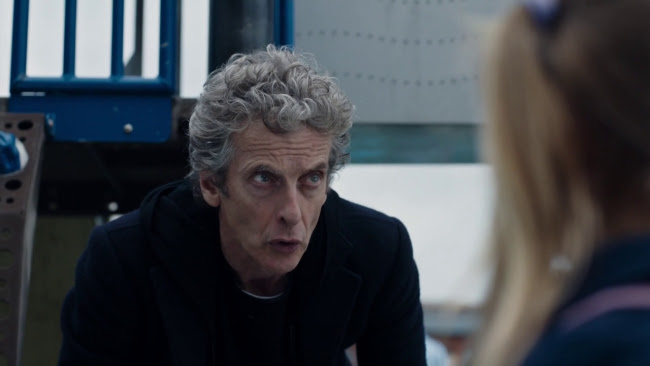 I think it was my friend Brian who speculated the Doctor still wears the question marks under his clothes and now we have confirmation--Twelve claims to wear question mark underpants. I love Osgood's reply, "Makes one wonder what the question is." Again, the Doctor mentions a hybrid, this seems to be this season's "Bad Wolf". I don't think we've had that season-spanning clue-word since the Russell T. Davies era.

I also like the idea of the two Osgoods not revealing whether they're human or Zygon, it reminds me of Charlie Chaplin refusing to answer if he was Jewish when he was in Germany in the 1930s even though he could have easily claimed to have not been Jewish. The flipside is that this episode has the Zygons complaining about not being able to live openly which makes it seem like a metaphor for closeted homosexuality. The fact that they're immigrants--the American cop complaining about how they came and stole jobs--makes it seem like the story's a metaphor for refugee controversies in Europe and Mexican immigrants in the US. The Zygons having training camps in Turmezistan--a place created for the story--and military paranoia about them ties them to terrorism. 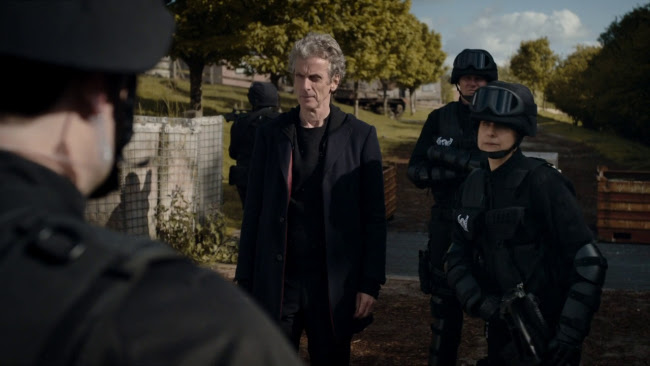 Why does Harness bring in all these issues? Presumably to look at them from new angles and to see how basic human reactions recur for different issues. I'm not sure actually if I like it for itself or if I'm liking it for nostalgia reasons--this is the kind of story sci-fi series and movies used to have and, for good or bad, they don't tend to anymore. I liked how the "Truth or Consequences" clue played out. I feel like I've heard some show use the town of Truth or Consequences, New Mexico, before, though. I see it was referenced on Heroes, maybe that's where I remember it from. 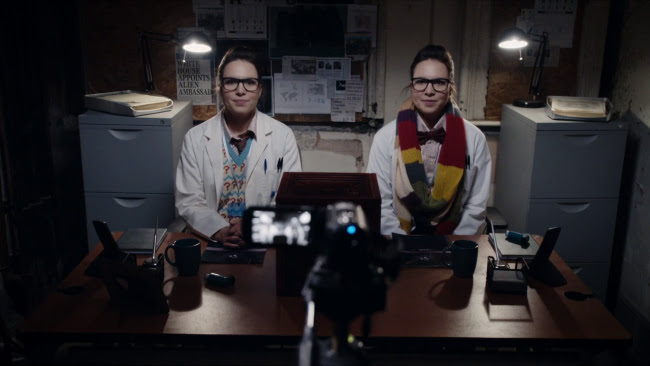 And it was a good Halloween episode, too, not just for aliens masquerading as humans but for Osgood's many Doctor costumes. I loved the Seventh Doctor costume though it took me a moment to recognise this: 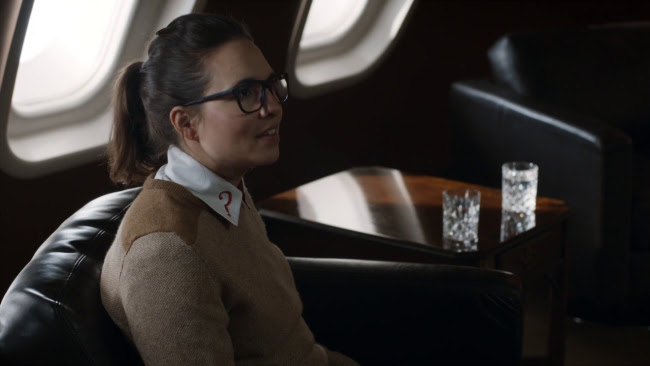 Then I realised--it's the old UNIT top. She's dressed as a combination of the Brigadier and the Fifth Doctor. But the best Doctor costume was on Clara who now is visually taking after the Doctor, too. 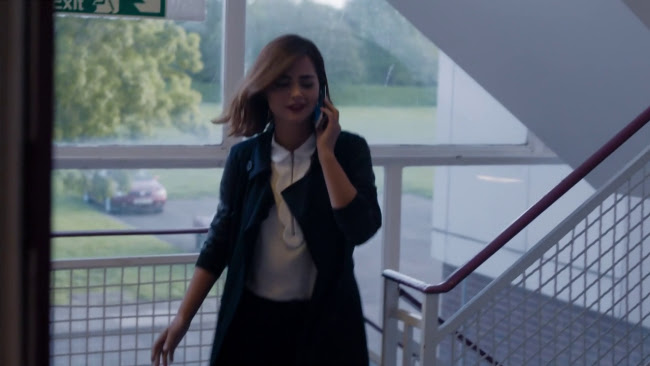 The only complaint I really had about the episode was the music, especially the slightly dopey scene where the soldier was tricked by the image of his mother. The weepy music was Mickey Moused to hell. Oh, I also didn't like when Clara was hiding behind a crate and pointing a flashlight/torch at the people she was supposedly hiding from.