And Every Cat In Between 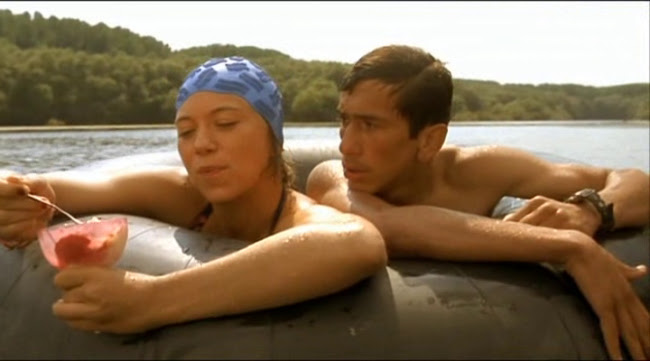 Matko (Bajram Severdzan) and Zare (Florijan Ajdini) are father and son, two Romani earning a meagre living trading goods on the river. Matko has ambitions, though, and seeks to make a fortune through a complex plot involving money borrowed from a gang boss friend of his father's, Grga (Sabri Sulejmani) and a heist for a Serbian gangster named Dadan (Srdan Todorovic). 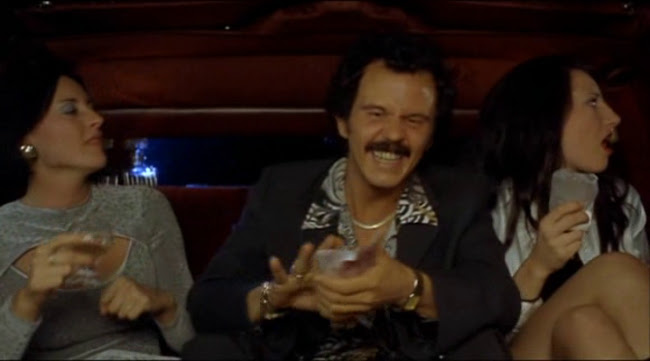 Dadan likes to sing along with the chorus to a song, "Pit Bull Terrier"--he sings "pit bull" and his ladies sing "terrier" back at him. What this implies, I'm not sure, but he takes a great deal of evident pleasure in it and it somehow seems to reflect the influence he has over these women.

Grga's legs don't work and he spends his time in a combination bed and car, watching Casablanca over and over, speaking along with Bogart's final line about "a beautiful friendship". 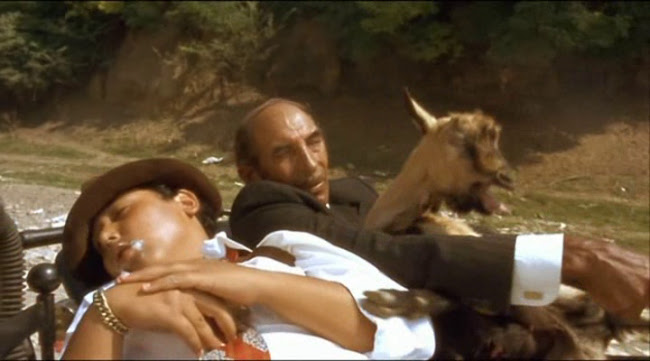 Eventually, hijinks and incurred debt compel Matko to marry Zare off to Afrodita (Salija Ibraimova), a.k.a. "Smurfette", Dadan's only sister without any suitors. But Zare's in love with a goony blond Romani named Ida (Branka Katic). 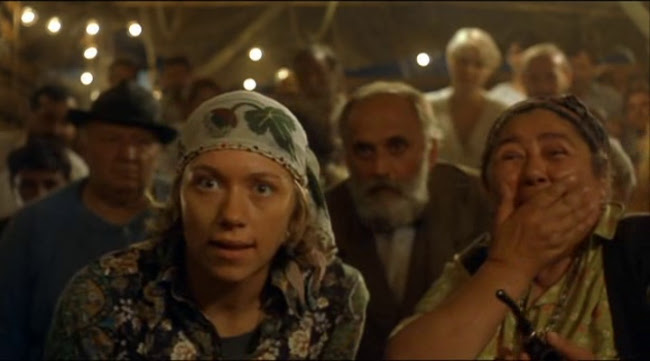 She's part of what makes the movie work which is in its overwhelming sense of meaningless goofiness. In one scene, Zare somehow brings an entire orchestra to visit his grandfather in the hospital, in a later scene, the same orchestra is inexplicably shown tied to a tree, still playing their instruments. 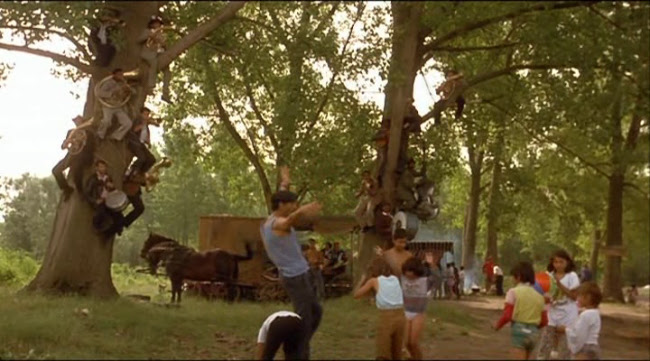 Ida puts Zare through the paces to prove his love and one scene has him swimming across the river carrying a bowl of ice cream for her. They end up making love in a field of sunflowers.

Dadan likes to juggle grenades. A runaway bride finds a hollow, stage prop tree trunk in the woods and uses it to escape, only for Grga's driver to spot a running tree trunk cross the road, dropping shoes. 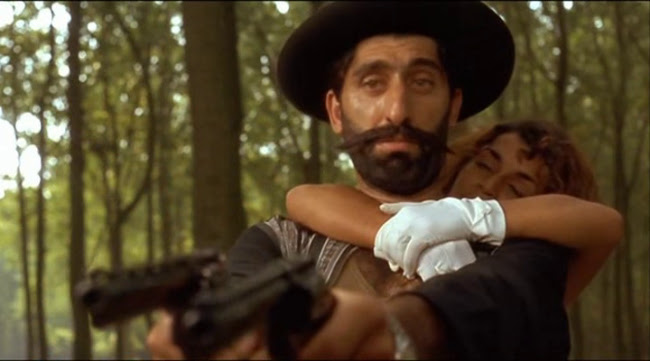 The movie has a plot and an end but it almost doesn't seem to matter, the chaos of visual creativity dominating the experience.

Remote audiences echo on Mars.
A cellular armour came out too pale.
One finds corp'rate offices next to bars.
The pertinent song hid beneath the whale.
Anita's foot was half the size of Crom.
A fresh grapefruit has bruised the warrior.
We know the Krampus movie cribbed from Brom.
Our Gloomy Sunday's in the carrier.
Dismantled railings littered stairways vast.
Another noodle joined the crowded bowl.
Refracted eyes have gathered nerves long past.
No pen could trace the shyly stepping foal.
Unlistening the lions throw prey out.
A frozen train endlessly turns about.

Posted by Setsuled at 7:24 PM
Email ThisBlogThis!Share to TwitterShare to FacebookShare to Pinterest