Fight for Your Right to Doze 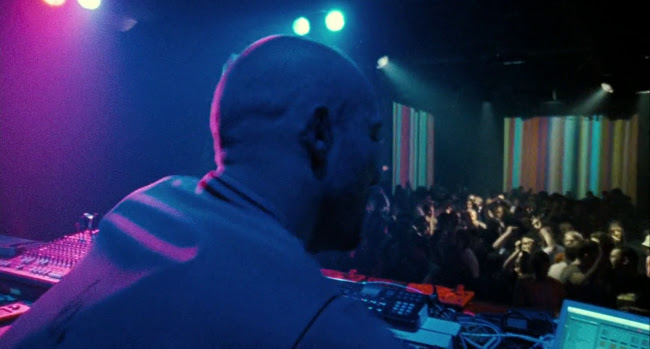 In the late 70s, Joey Ramone wanted to be sedated, in 2008 a film called Berlin Calling looks into the life of a musician for the current generation that seems to look at sedation as the default state of being. The title, of course, is reminiscent of The Clash's masterpiece London Calling, made not long after the Ramones' song and by referencing the seminal punk album Berlin Calling invites comparison. Mostly the film is a run of the mill story of addiction inhabited by character types more than characters and shot in the obsessively clean manner of modern film but there is a charm to its protagonist's ordeal and music by real life electronic musician Paul Kalkbrenner is nice.

Kalkbrenner plays the protagonist, too, DJ Ickarus, a successful artist in a romantic relationship with his manager, Mathilde (Rita Lengyel). She, like everyone else, tries to put up with his angry outbursts. 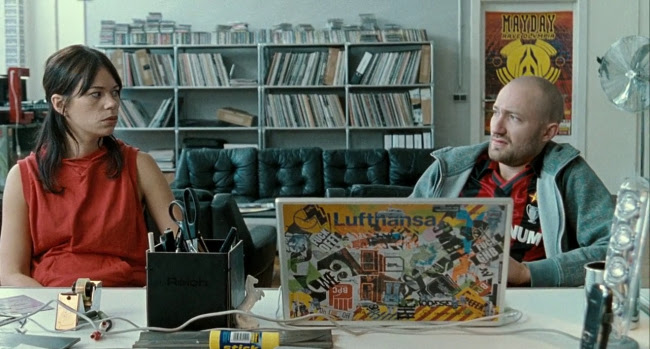 They both belong to a club going culture of widespread, casual drug use and open relationships, both comfortable having sex with other partners while considering themselves loyal--this isn't even remarked upon. One night Ickarus gets some bad ecstasy and finds himself making trouble in a hotel restaurant the next day. 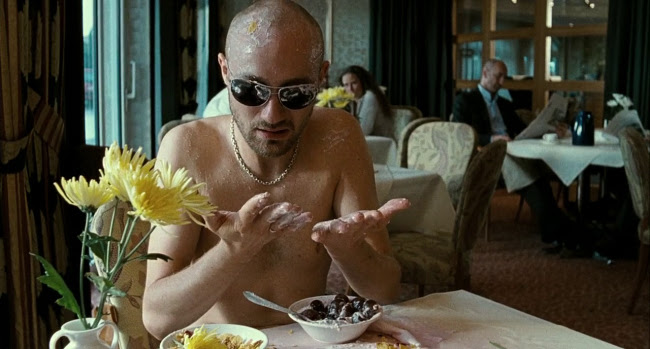 Mathilde takes him to rehab where he's diagnosed with schizophrenia. For the most part, the film fits comfortably into a prescribed pattern of star addict movies--he's brilliant but he trashes his record label's office, he seems level after getting a prescription then goes off his meds, he manipulates a weak link at the rehab, the doctor in charge doesn't quite understand his music, etc. 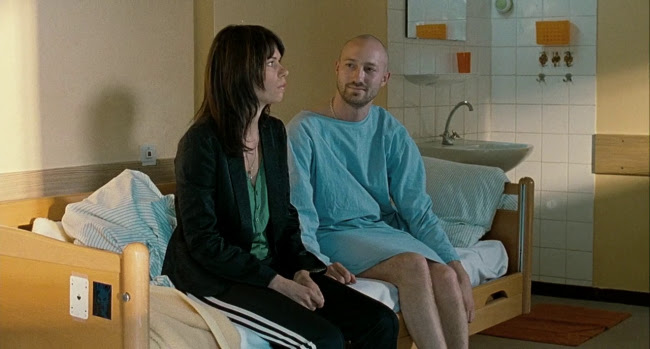 Maybe it shows how out of touch I am but I couldn't help feeling the contrast between London Calling and Berlin Calling was a lack of passion in the latter. Ickarus' music is nice in a background way, but there doesn't seem to be any examination or real motive in the film beyond making a film. While London Calling makes the troubled observation that people are lost in the supermarket, normal lifestyles promote sedation and complacency, Berlin Calling, in its inability to break its characters out of type with its clean, commercial imagery of invariably pretty performers with perfect skin, seems to embrace that very complacency. I think the thought behind the film may be best exemplified by the character Corinna (Araba Walton). 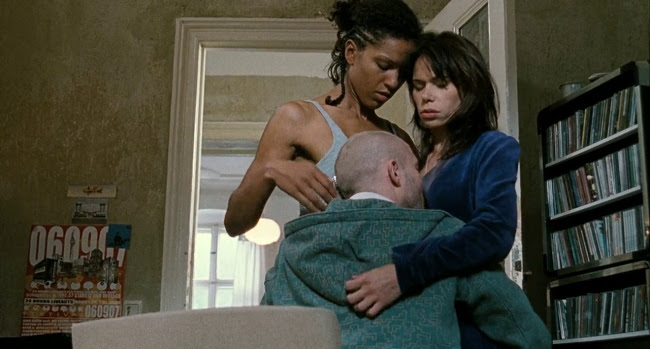 A walking deus ex machina, Corinna must be the most self-possessed person in the world. Mathilde's lover, she doesn't mind when Ickarus spontaneously joins in when they have sex right after he and Mathilde had had a loud fight. A couple days later, she's able to physically restrain him and knock him to the ground when he's on something bad again and he's trying to get into Corinna's apartment to see Mathilde. When Ickarus has finished his album and Mathilde is listening to it with her producer, Corinna is also somehow there and her thumbs up is what gets the album released. You got a problem? Corinna will solve it. I half expected to see her receiving a visit from Nick Fury after the credits. But she's part and parcel of a movie that allows very little mess or complication into its story. Of course a superhero would turn up.

Posted by Setsuled at 7:22 PM
Email ThisBlogThis!Share to TwitterShare to FacebookShare to Pinterest