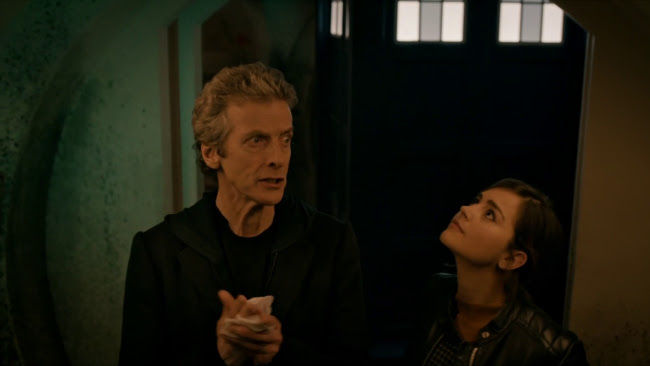 Capaldi seems much more laid back this season of Doctor Who so far., despite the funny bit with Clara's cue cards. I think maybe they realised trying to channel Malcolm Tucker wasn't working. I certainly agree, as much as I love Malcolm Tucker, but Capaldi is capable of more than that.

Under the Lake is exactly the sort of story I was hoping for with all the two parters this season--It opens with the new characters, establishing the new situation and some of the new ground elements of this story and then the Doctor comes in, rather than it being about the Doctor. That was part of the magic of the old series--the Doctor was the wandering X factor. 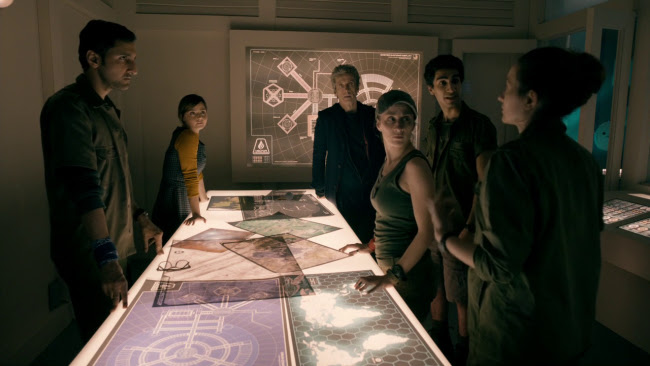 Definitely some nice atmosphere in the underwater base and I like having a ghost story set there. Toby Whithouse's dialogue is a little clunkier than Moffat's and he's not quite as inventive. But I like the sense of unravelling a mystery. 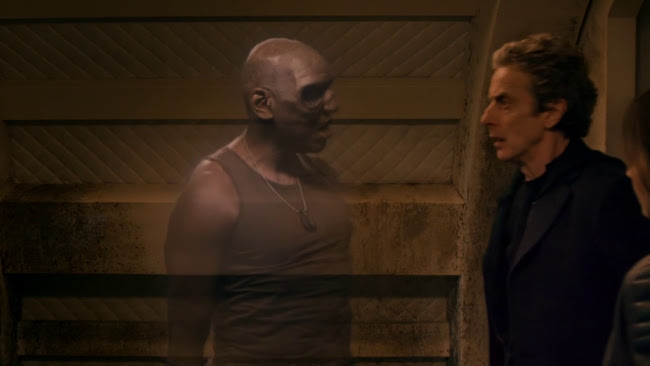 I'm hesitatnt to say I can predict what's going to happen because I'm usually wrong whenever I voice my predictions out loud. I feel pretty sure things will get sorted when the deaf woman dies, though. Somehow I love that it's set in a freshwater lake instead of an ocean. That the Doctor is going back to a period before it was a lake gives a nice sense of scope.