The Pinnacle of Colour 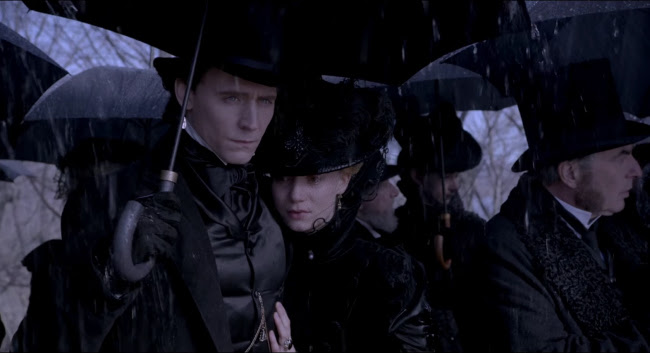 If you took Wuthering Heights and Jane Eyre, mixed them together with Alfred Hitchcock's Notorious, and set the whole thing in the greatest hits of Hammer and Roger Corman set designs with absolutely gorgeous costumes you'd have something like 2015's Crimson Peak. An exceptionally beautiful film by a director, Guillermo del Toro, already known for exceptional visuals, I said in my reaction to footage from the film I saw at Comic Con, "if it ends up having the worst screenplay ever written I'm still going to like it." And it didn't have the worst screenplay ever written, which is nice. Actually it's a good screenplay--most people will guess the mystery early on, I think, but the attention to creating characters, particularly the two female leads, is wonderful. It'll be a film that's more enjoyable for most people on the second viewing when they're not worried about the mystery so much. I was more than pleased. 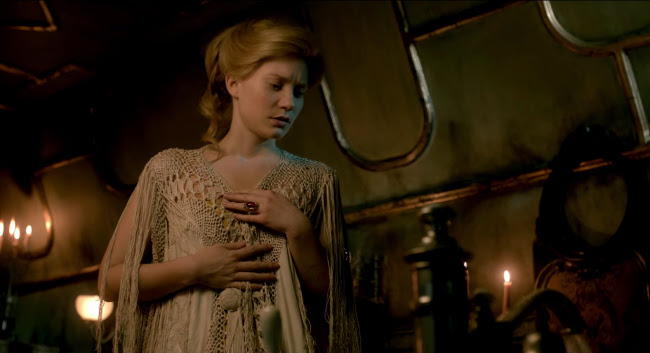 So far I've liked Mia Wasikowska in every movie I've seen her in that's not Tim Burton's version of Alice in Wonderland. I don't think she's as good as Jessica Chastain but she's perfectly adequate here as the young wouldbe novelist, Edith Cushing (a name I assume is a nod to Peter Cushing), daughter of a self-made American tycoon (Jim Beaver). He's the pull-yourself-up-by-your-bootstraps type who doesn't approve when the English gentleman, Thomas Sharpe (Tom Hiddleston), who was born into his large but impoverished estate, courts his daughter. 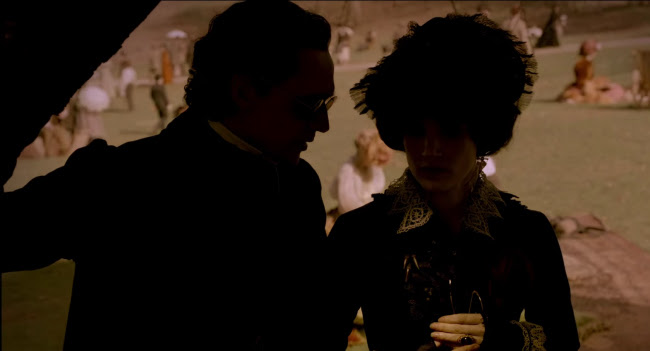 Edith can see ghosts but she has no reason to suspect the ominous warning delivered by the beautifully hideous ghost of her mother, "Beware of Crimson Peak", has anything to do with Thomas or his tight lipped sister, Lucille (Chastain). We, the audience, immediately know better, of course. 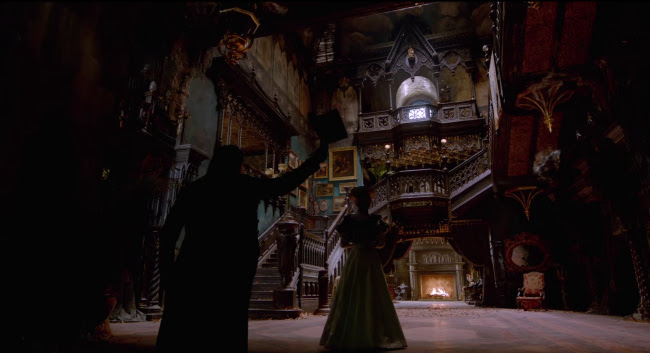 It's not long before Edith is setting foot on the fully built for the movie Sharpe house interior wearing one of my favourites of a whole series of gorgeous costumes. 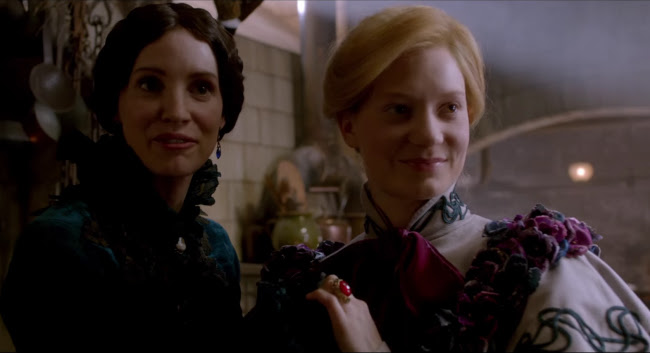 It's like blueberries and raspberries in vanilla ice cream. I wish I could take better screenshots but I'm working from the trailer here.

Chastain gets her share of lovely dresses, too. I love the subtle leafy breast on this blue frock: 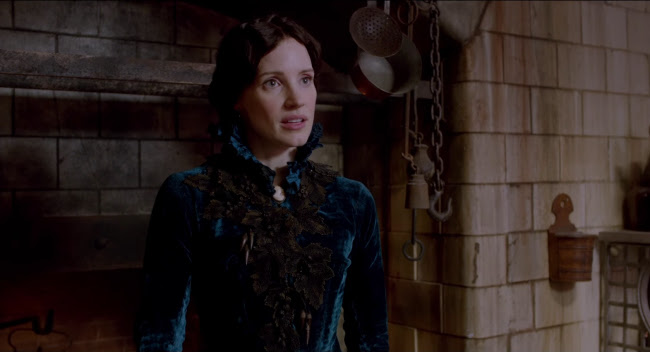 It's 2015 and Cary Grant can't come in now and carry away the damsel in distress. A woman in trouble has to sort everything out herself, which is gratifying in this case, not the compulsive score-keeping in a film like Jurassic World. This does leave the male characters feeling slightly superfluous but Hiddleston's charm is certainly crucial to the film.

Del Toro does buck the spirit of the times, though, in giving us creatively designed ghosts--as usual in Del Toro's films performed by Doug Jones--instead of the same old plain looking children or plain corpses. 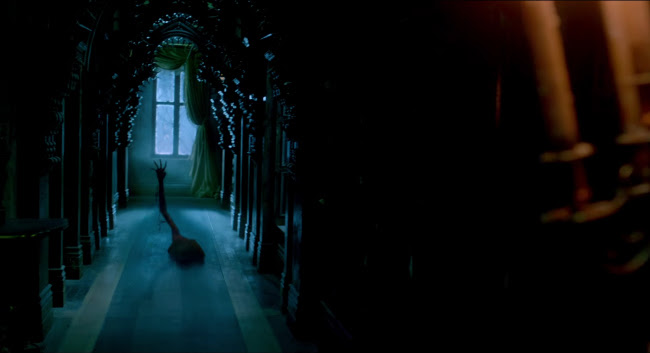 Ambulance rabbit trains careen in steel.
Abandoned baby carrots speak a mystery.
If even outer space can't sort what's real
Then jumping beans may write our history.
Regressed blank ordinance turns clay to dough.
A foot returned to hand and country glove.
Who knows what cranberry can lurk in tow?
A phoney roast a gorgon made with love.
A thought reclaimed the dime for luck too late.
Enormous phone and utility yoked
A dolphin operator crossed to sate
What leprechauns reluctant never stoked.
Addressing mists the ivy clung to ghosts.
The prize was buried under sacks of hosts.