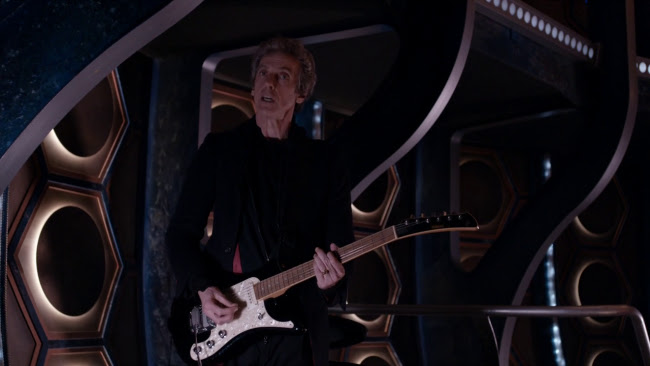 I admit I was on the fence about Twelve and his guitar before but now, egad, they will so keep this version of the opening if they know what's good for them.

It's just the kick in the pants this frankly flaccid version of the theme needed. It recalls what was so instantly great about the theme from the First Doctor's first episode--that repeated riff played on one, solitary electric guitar instead of the over produced orchestra.

As for the episode itself, definitely Toby Whithouse's best written episode to date, even if it was pretty predictable--I know I have a nerve saying that when I made a prediction last week that didn't come true but I think we all knew who was in that stasis pod before it opened.

The plot strongly reminded me of the audio play Flip-Flop which is a more intricate version of the paradox presented in "Before the Flood". But the Doctor presenting it as a sort of ghost story was nice. 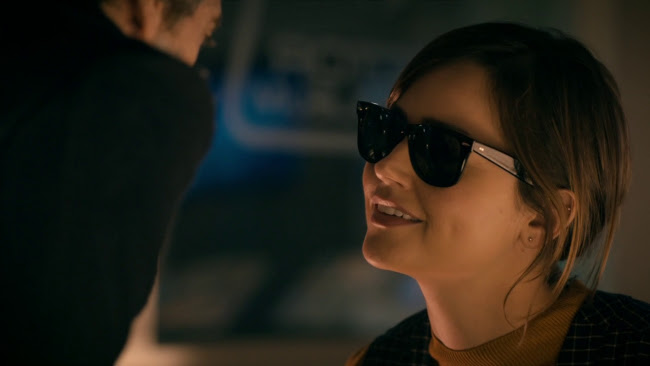 The atmosphere is one of the best aspects of this episode, aided by a more reserved, low key tone from Capaldi, reminding me a bit of Sylvester McCoy in his final season. Oh, and "Before the Flood" has easily the best new creature design in years with the Fisher King. 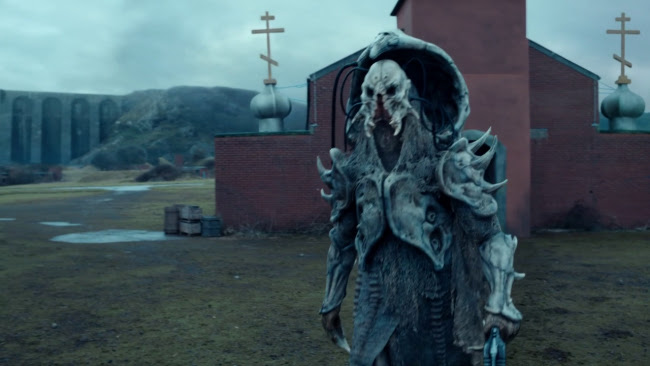 I predict some people will be calling him Vagina Face but really it's a beautiful design, almost Farscape quality.