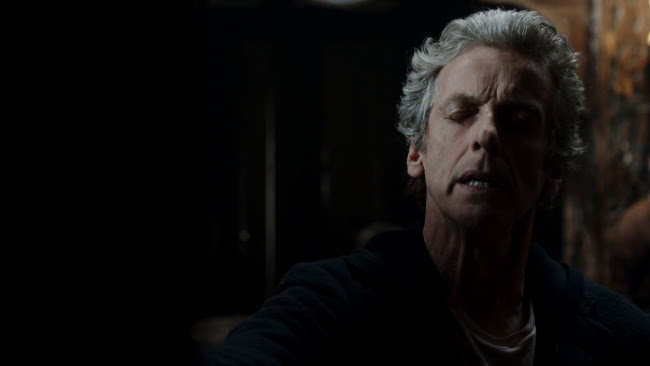 There's something kind of hypnotic about listening to Peter Capaldi translate the secret language of babies in to-day's new Doctor Who. Am I remembering right, the Doctor hasn't done that since he was Matt Smith? "The Girl Who Died" felt oddly like it was written for the Eleventh Doctor, it's strange hearing Twelve be so comical after he was so sharp and serious in the previous episode. But I liked "The Girl Who Died", written by Steven Moffat and Jamie Mathieson, the latter having wrote my favourite episode of last season, "Mummy On the Orient Express". 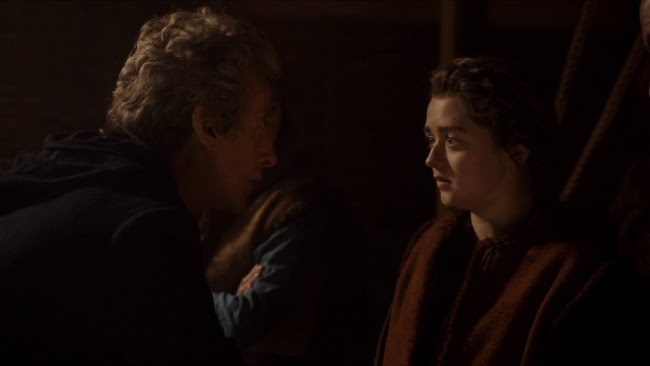 Of course, the big news about this episode was the guest star, Maisie Williams, better known as Arya Stark from Game of Thrones. In a way, one could look at the episode as Doctor Who vs. Game of Thrones. The episode was much about the contrasting philosophies of the two shows--Williams plays a Viking girl who believes in resolving problems with fighting while of course Doctor Who is all about showing how it's best to avoid conflict if at all possible. The episode certainly comes out in the Doctor's favour with Clara in her continuing subplot of acting like the Doctor almost talking the alien menace out of obliterating a Viking village until Arya comes on the with bluster.

I happened to have watched an episode of the History Channel's Vikings last night and the comparison, to say the least, was not in favour of Doctor Who in terms of recreating a sense of the time and place in history. But I guess the Vikings look better than they did in "The Time Meddler", the last time we saw Vikings, if I remember right, on Doctor Who, a First Doctor story. 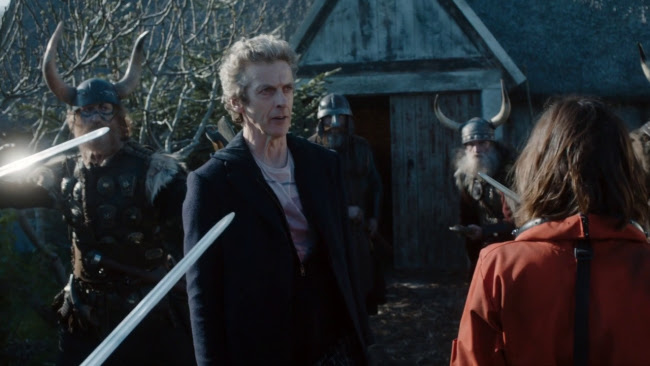 This episode certainly made me look forward to next week's part two. Hopefully in the Doctor Who universe at least Arya can finally catch a break.