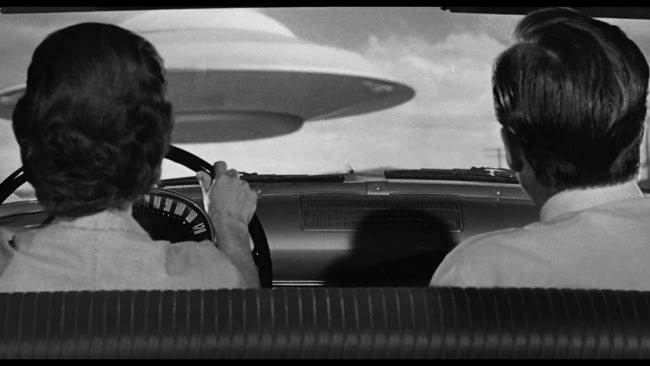 People often mistake strength for control and control for wisdom. It's debatable whether or not there are any heroes in 1956's Earth vs. the Flying Saucers, an effective, morally provocative Science Fiction film.

So many alien invasion films of the 50s made the mistake of over explaining things, firmly pinning the humans and aliens into broad roles. Earth vs. the Flying Saucers steps back and lets us make our own judgements. The humans fire first, unprovoked, shooting dead the first alien to step out of a ship. 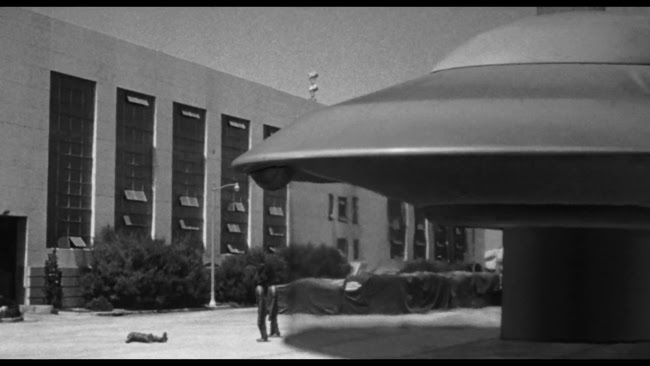 Saucers had been appearing for some time, we learn. Not attacking, just flying through Earth skies. When finally one ship lands near a rocket testing facility, they retaliate after being attacked by wreaking massive destruction. It turns out later they'd sent a message ahead that they wished for a peaceful meeting to Dr. Russell Marvin (Hugh Marlowe), the man in charge of some new rocket technologies, but he'd failed to decipher or even recognise the message in time. 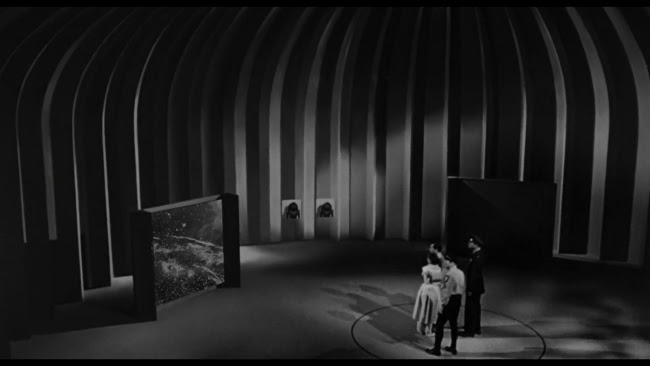 The aliens claim to be refugees from a destroyed world and do seem intent on subjugating the human race. The movie doesn't attempt to state what is the right or wrong thing to do, becoming more a straight forward procedural as Dr. Marvin and military officials decide how to combat the invasion. Leaving these questions hanging not only heightens the tension, something that always happens when you're not sure if the protagonists bear a guilt for which they might justly be punished, it also conveys a very human messiness in the behaviour of both the humans and the aliens, who after all are essentially allegorical humans. Very rarely is human wisdom equal to the human capacity for destruction. 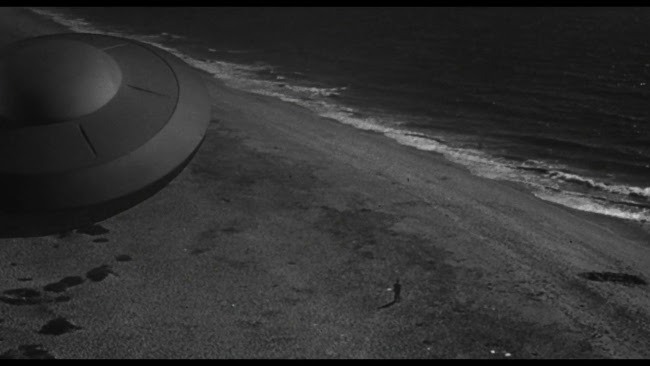 Posted by Setsuled at 6:44 PM
Email ThisBlogThis!Share to TwitterShare to FacebookShare to Pinterest