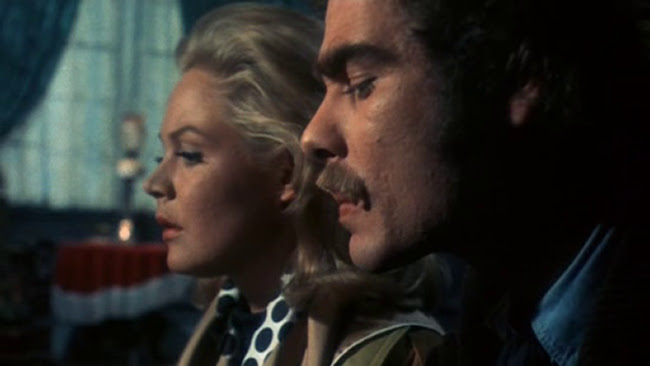 There's not much sex in H.P. Lovecraft's body of work--conscious sex, anyway. Caitlin R. Kiernan has demonstrated time and again how naturally sexuality can be expressed in Lovecraft's mythos. There is a wrong way to go about it, though, as demonstrated in the 1970 adaptation of The Dunwich Horror. A not an altogether bad film featuring a pretty decent cast it was directed by Daniel Haller who does to "The Dunwich Horror" almost exactly what he did to "The Colour Out of Space" with Die, Monster, Die--he made a more human-like villain, he added women for eye candy dead weight, and, of course, he turned the farmhouse into a mansion. This is also like Roger Corman's adaptation of The Case of Charles Dexter Ward and it's not surprising to see that Corman produced this Dunwich Horror. One possible reason it now occurs to me this kept happening was budgetary--it's easier to recreate the interior of a mansion on a sound stage than the interior of something much smaller which would require more naturalistic lighting while providing less scenery to chew.

In the role of Wilbur Whateley, an infant who grows to adulthood in just a few years in the original story, is Dean Stockwell, wearing a brown corduroy sport coat very similar to one I own, as it happens. 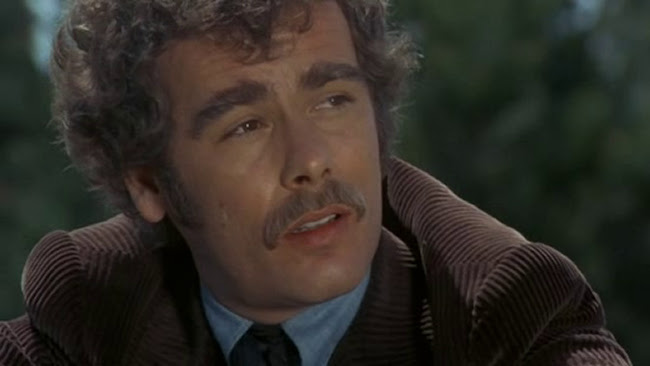 Lovecraft described Wilbur as, "exceedingly ugly despite his appearance of brilliancy; there being something almost goatish or animalistic about his thick lips, large-pored, yellowish skin, coarse crinkly hair, and oddly elongated ears." An effect difficult for a makeup artist to produce though avoiding it was probably more to make him a love interest for the woman who has top billing in the film, Sandra Dee, who plays Nancy, a student of Dr. Armitage (Ed Begley). 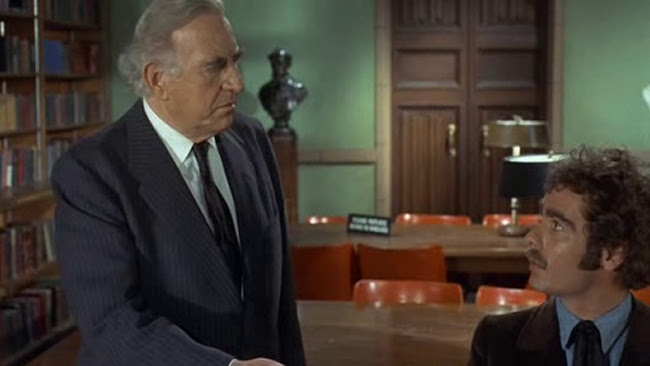 Armitage does most of the protagonist stuff he does in the story, Nancy is impressively superfluous for being centre stage most of the time. She drives Wilbur home after he attempts to obtain the Necronomicon, he talks her into staying over when he sabotages her car, he drugs her, and from then on not only does she not make a decision for the rest of the film it's difficult to discern what any of her thoughts or feelings might be, mutely following Wilbur around as his casual conversation starts to turn into discussing sacrificing women to Yog-Sothoth. Here's some dialogue that most assuredly did not come from H.P. Lovecraft: 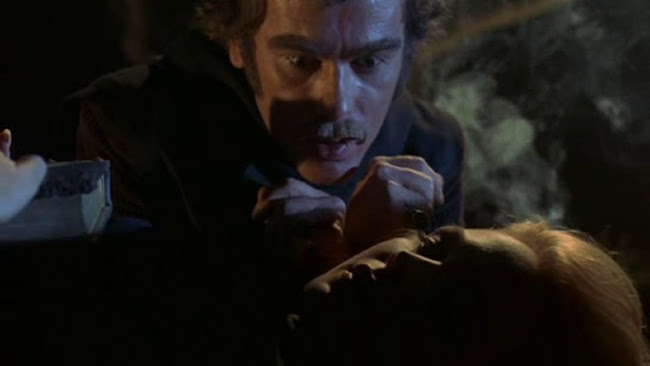 Stockwell plays Wilbur in an eerie, soft-spoken manner that inevitably reminded me of his character from Blue Velvet. Whatever he said in the movie on some level I could always hear, "Here's to your fuck, Frank." But it wasn't exactly bad. Maybe the coolest bit of casting is Sam Jaffe as Old Whateley who has just the right energy for a panicked old man fearing the impending arrival of the Old Ones. 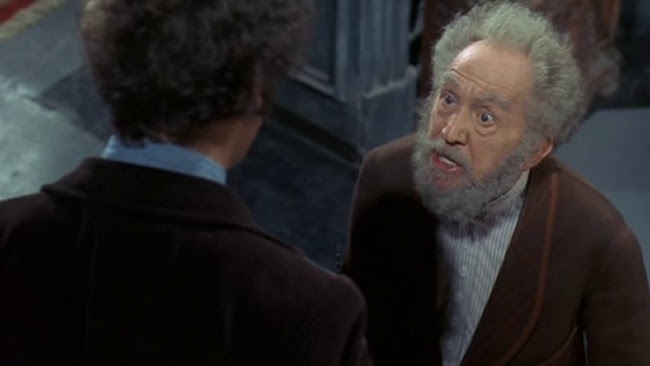 The film has an animated opening sequence reminiscent of Saul Bass that kind of works. Certainly it works better than the score which consists of soft, romantic brass counterpointed by football rattles. It's a score that might have been appropriate for a Western starring Cybill Shepherd.