The Walls of Habit 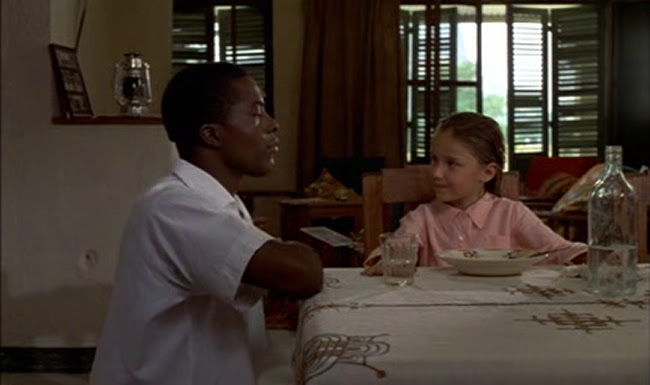 How thoroughly do preconceptions about race permeate a society? Even a black man in 1960s French Cameroon who considers himself the intellectual equal of his white employers finds his personality has become a latticework of repression in 1988's Chocolat. A quiet, meditative film of well composed long takes, it effectively evokes a sense of a stifling and strange day to day.

Protee (Isaach De Bankole) is a "houseboy", essentially a butler, to the Dalens family. He performs his duties in a cool, detached manner, refraining from engaging even in much banter with his fellow black servants. He does develop a mentor relationship with the little Dalens girl, France (Cecile Ducasse). 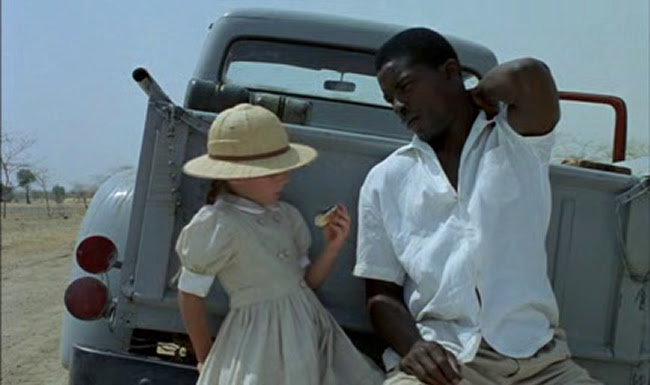 Here he teaches her how tasty ants can be on toast.

Against his will, he develops an attraction for Aimee Dalens (Giulia Boschi), the girl's mother. Perhaps the feeling is mutual but her face conveys nothing when he helps tie the back of her dress before she goes to meet and English visitor. But he clearly seems to see another significance to the shared moment. 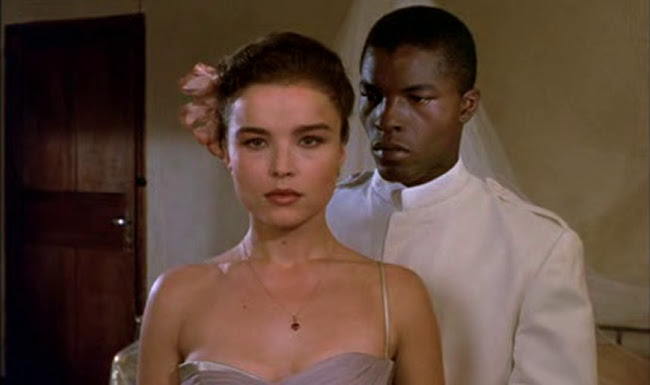 When a white man who works among black servants named Luc (Jean-Claude Adelin) arrives he begins to upset the boundaries, eating with the servants and discussing Aimee's attraction to Protee which seems to become more evident from Luc discussing it.

Both De Bankole and Boschi give effective, subtle performances. The movie tells its story very simply but manages to speak volumes about the characters with just a few small moments. The movie's framed as a flashback experienced by an older France Dalens (Mireille Perrier) who returns to visit a liberated Cameroon. She finds even her friendship as a child with Protee has not prevented a ghost of the preconceptions of an old social order taking hold in her subconscious. 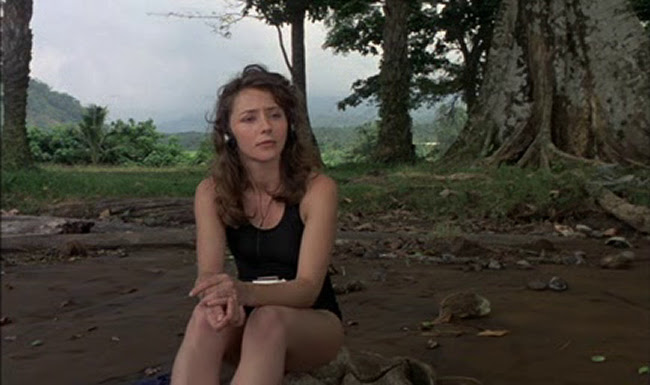 Posted by Setsuled at 12:34 PM
Email ThisBlogThis!Share to TwitterShare to FacebookShare to Pinterest