I saw this Sarah and two Jareths (from the movie Labyrinth) to-day. I asked the Sarah to look confused and the two Jareths to look angrily at each other and this is what they came up with: 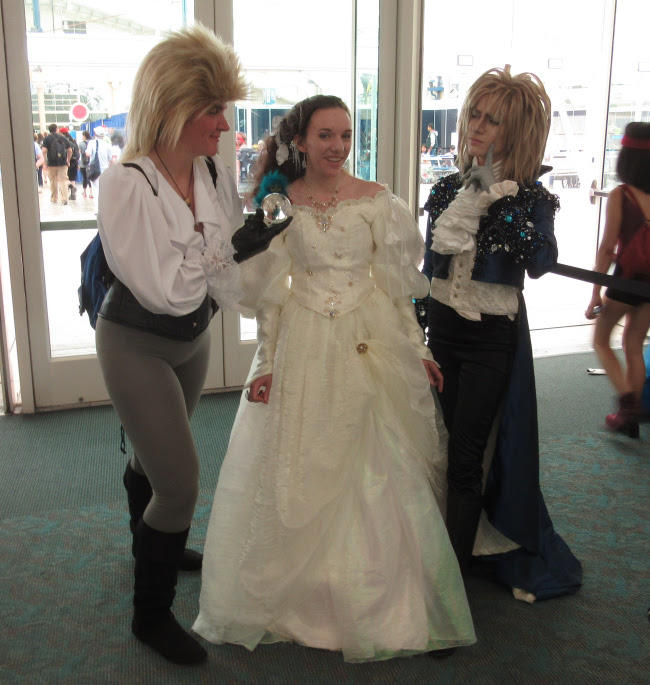 I didn't see much else to-day, I mostly just roamed the event hall. I suppose I could've gotten up really early and tried to get into the Sherlock Hall H panel but last night was the latest I'd stayed at the Con in years and getting up at 10am this morning was too early as it was. Last year I was starting to think maybe I was getting a little sick of the Con, this year I just didn't want it to end. I saw a panel on comics and therapy and the moderator described the Con as his "mental health week" just for the atmosphere of decent and strange people all in one place. To-day I bought a birthday present for someone in the event hall--I picked it off the rack and looked in the dense crowd calling, "Who's selling these?" It was a couple minutes before someone who evidently wasn't even slightly afraid of thieves came up and told me the item was his. And if anyone wants a perfect model of how a diverse society can function beautifully together, I would offer Comic Con. 200,000 people from all over the world, frequently crammed together like sardines, openly gay, straight, bisexual, transgender, Muslim, Christian, Jew, Buddhist, Shinto, or an anime version of Shinto. I saw four dwarves this year, making me reflect on the idea that Peter Dinklage may be the Sidney Poitier of our time--one man whose performance completely shifted a society's perspective on a minority group. Really, I think Dinklage can take more single handed credit for it than Poitier. And Game of Thrones is better written than Guess Who's Coming to Dinner?

I'm rambling. Well, kind of. If there was a theme for the panels and various other experiences I had this year it was perspective or ownership of perspective. 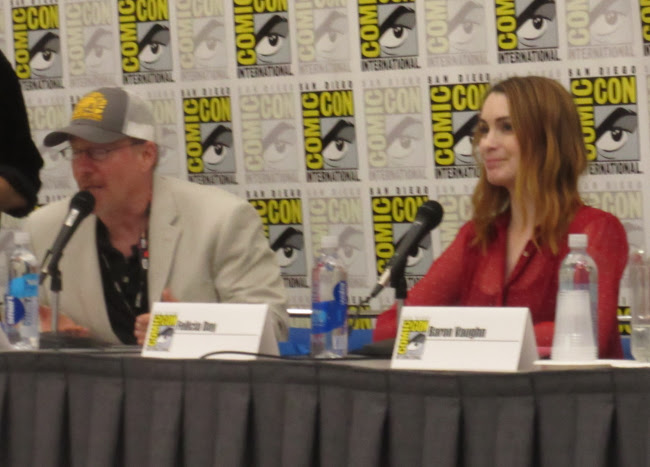 This is what I stayed up so late for--Joel Hodgson on the left and Felicia Day on the right, there for the Mystery Science Theatre 3000 panel. There was a lot of info about the new season and Joel also discussed his feelings about the old episodes. He described each episode as a "document" of the best the performers and writers could do that particular day and once that document was complete, it became different when it was released to an audience. He said the audience decides the "great riffs" and the best episodes, things he and the others never know while they're making the show. "Watch out for snakes!" one of the most quoted lines, he pointed out, came from a movie they watched on the show, not something Joel or the bots said.

He looked back to the old series to see what was most popular when making decisions about the new show. I was reminded a bit of attitudes regarding George Lucas' special editions of the original Star Wars trilogy, how people said once the product was finished it belonged to the audience, by way of describing how Lucas could be an intruder on something that was patently his. There's a strange "neurotic auteur" thing happening now where even creators who have total control of their art seem to be obsessively second guessing based on fan demands. I thought the problem with Kingdom of the Crystal Skull was that Spielberg made a movie more for what he thought the audience was than for himself. Now it seems he's doing it again for the next Indiana Jones, I've already seen one quote where he's said precisely that, that he's making it "for the fans." There's an inescapable ouroboros about being aware of subjectivity--being aware of it doesn't really help you circumvent it because you have only your own perspective of the subjective perspective; it's like a copy of a copy. You have to somehow manifest thoughts that you don't think you can manifest on your own, inevitably muddying the image that would have been clearest if you'd just gone with your own impulse. 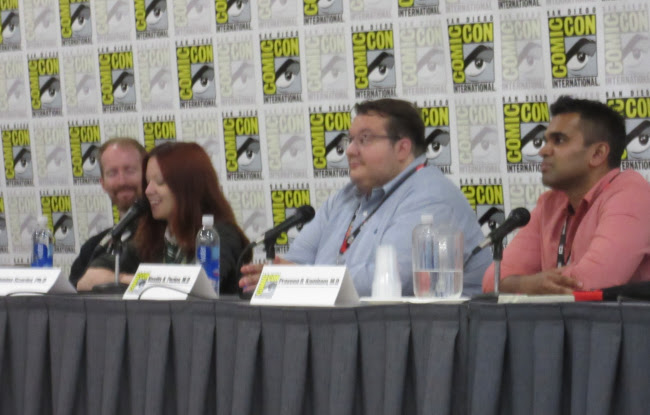 As far as actors, I guess that's bad news for the Anthonys Hopkins and Perkins. Powell said something I liked about how a writer should try as hard as they can to get to the actual experience of the character, to use their imagination to go through it as much as possible. This contributes to empathy, he said. I would also argue it makes the writing more interesting--when you're trying to be sensational, you're in a sense being the neurotic auteur again as you're thinking more about how the audience will react than about what you want to express. But I would argue there is a place for portraying even inaccurate perspectives of other people because inaccurate perspectives are also part of a human experience. That's how we get Impressionism.

Anyway, hopefully to-morrow I'll have time and energy for a proper post. It looks like I'm going to need to fly to Tennessee this week to see to a family emergency so I don't know how much time I'll have between that and school.

I'll leave you with two pictures from two separate days of the fantastically dressed comic artist Joe Phillips whose pin-up drawings of naked men you can find on his web site here. 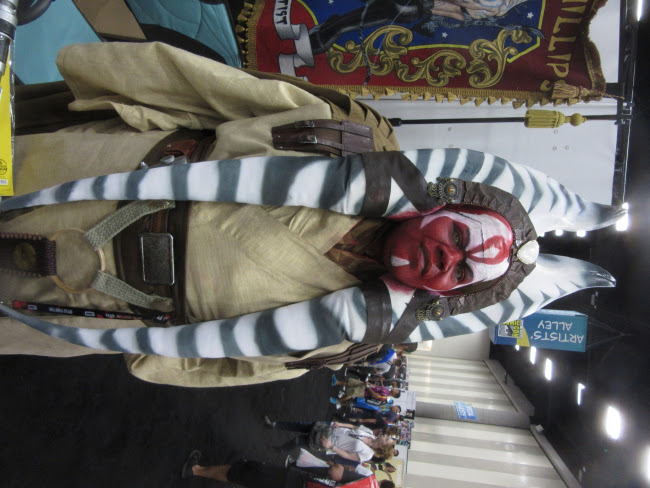 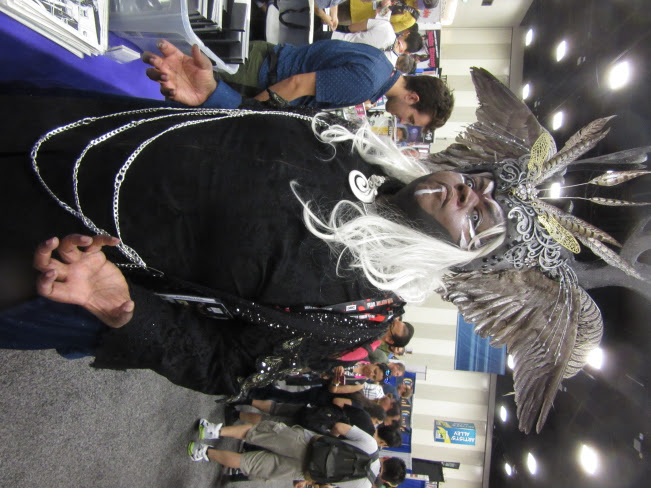 Posted by Setsuled at 9:17 PM
Email ThisBlogThis!Share to TwitterShare to FacebookShare to Pinterest