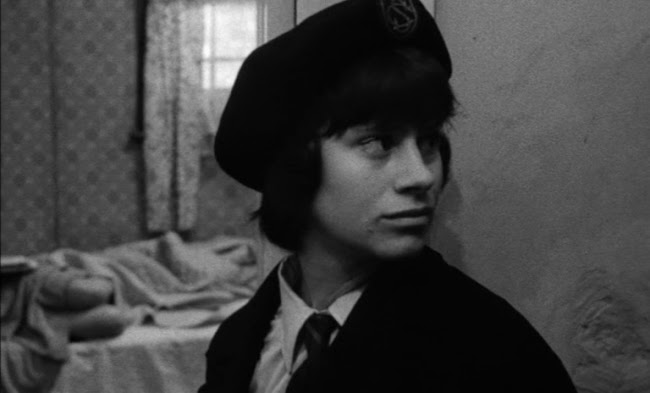 Any imagined problems from a mixed race population and homosexuality pale in comparison to good old emotional abuse in 1961's A Taste of Honey. This black and white vision of grimy Salford in England entrances with its awkward, fractious heroine as she proceeds from one credibly written, self-consciously antagonistic relationship to another. 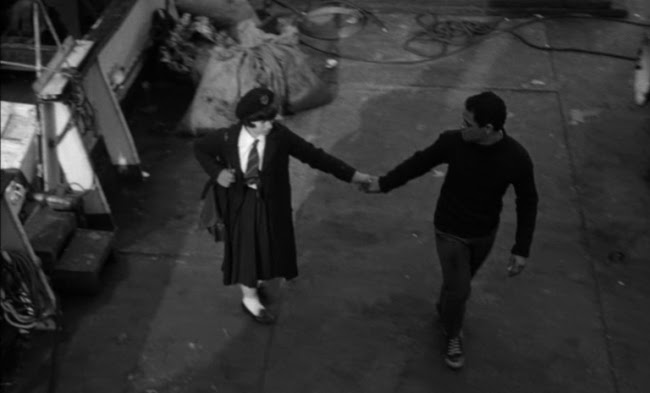 Like a lot of socially conscious progressive films of the 60s, its minority characters are the nicest people in the film. Jimmy (Paul Danquah) is a sailor in town briefly but long enough get Jo (Rita Tushingham) pregnant. Their initial flirtation feels so real, the two smiling at each other while the usual compulsive abrasiveness from Jo doesn't prevent finally a kiss. 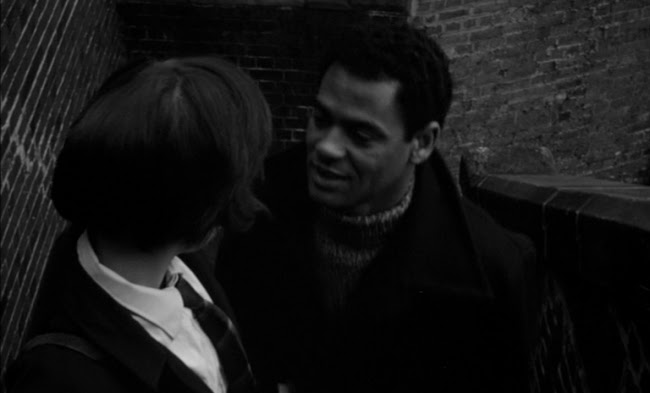 Jimmy doesn't want to leave her--he tells her, in a line later borrowed by Morrissey for The Smiths song "Ring Around the Fountain"; "I dreamt about you last night and I fell out of bed twice." But both seem to realise that once he's gone to sea they'll never see each other again. Neither one seems to make much of the fact that he's black and she's white except for one scene where he pretends to play drums and she dances, telling him there's still some jungle in him despite the fact that all the ancestors he remembers came from Liverpool. It's just the right kind of ignorant, awkward statement from Jo to keep her from becoming a flat, unlikely paragon. She doesn't accept Jimmy because she's enlightened; it just feels right. 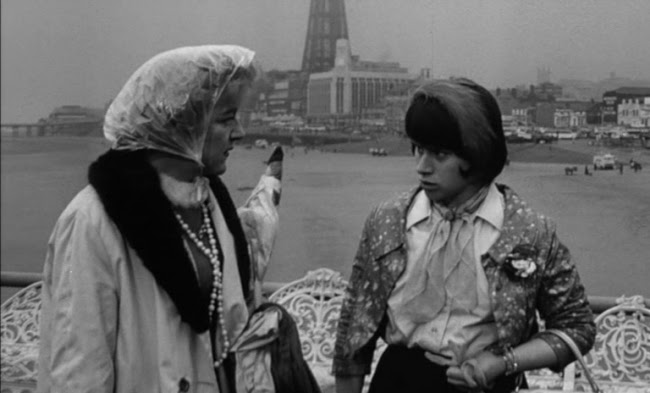 She's not afraid of what her mother (Dora Bryan) thinks, either, though the two fight about it. But they can't seem to say anything to each other without tearing each other down. When Jo's mother flings insults at Jo about her looseness, Jo is quick to return with variations of "You should know!" apparently inspiring The Beatles' "Your Mother Should Know", according to Wikipedia. 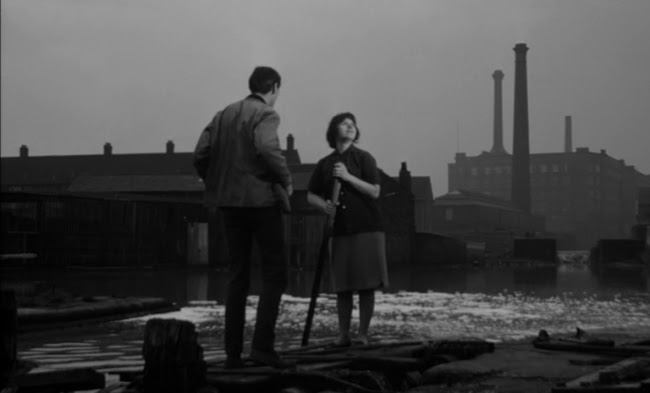 It does feel slightly odd that Jo kind of takes a tour of oppressed groups when she befriends a young gay man named Geoffrey (Murray Melvin), who provides The Smiths with another line: "The dream is gone but the baby is real." He's not quite as amiable as Jimmy, having the reflexive insults at ready like Jo and her mother. Jo infers that Geoffrey has no home to go to and when he says she has a large flat she chides, "Thinking about moving in?" at which he scoffs, "Not likely" but somehow both know that's exactly what they both want to happen. He becomes a caretaker, adopting many of the roles that have become stereotypical for gay characters in film but the self-consciously insecure dialogue somehow makes everything feel much more credible. I found myself really wanting these two to have a nice life together.

Posted by Setsuled at 6:50 PM
Email ThisBlogThis!Share to TwitterShare to FacebookShare to Pinterest