The Goldfish in the Mind's Cake 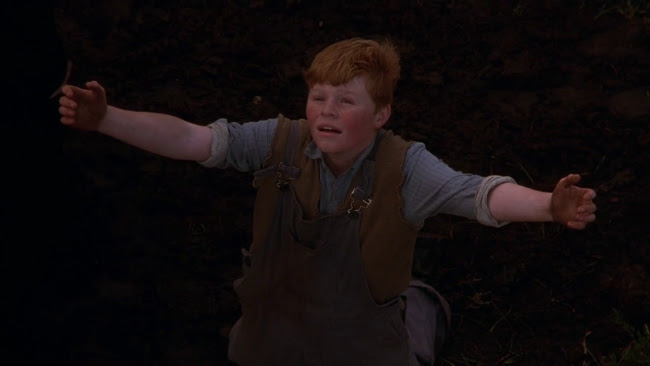 Arguments for the existence of God in previous centuries often were based on the premise that a world without God is simply too monstrous to contemplate. A warrior of faith fights not to establish a truth but to rebuke those who obnoxiously deny what's plainly true. So you can understand Francie Brady's frustration in 1997's The Butcher Boy, my favourite Neil Jordan film. That's not to say Francie's especially religious, though he does have visions of the Virgin Mary. He simply can't understand how people don't recognise what a threat Mrs. Nugent and her son Philip are and how Joe is the finest fellow around. It may seem extreme to kill to argue his point, but what can you do when people aren't able to face certain essential facts?

"You know where I met Joe first?" asks Francie (Eamonn Owens) at lunch with the other boys at the reform school. When one asks, "Joe who?" Francie's incredulous reply makes it seem Joe's renown is roughly equal to the Pope's. In the cosmos of Francie's mind, Joe (Alan Boyle) is that important. 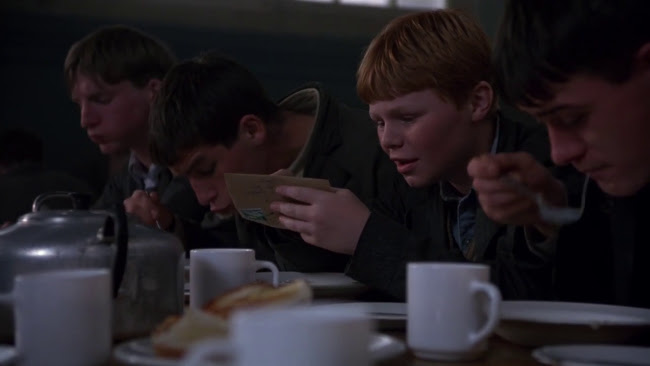 The two are a couple bullies, best friends, as the film opens in their small home town, the opening credits accompanied by an instrumental of "Mack the Knife". The boys steal apples from a neighbour's yard and comic books from young Philip (Andrew Fullerton). As the film progresses, Francie's private war with the Nugents--Philip and his mother (Fiona Shaw)--and his mythologising of his relationship with Joe gain increasing strength as Francie's home life disintegrates. 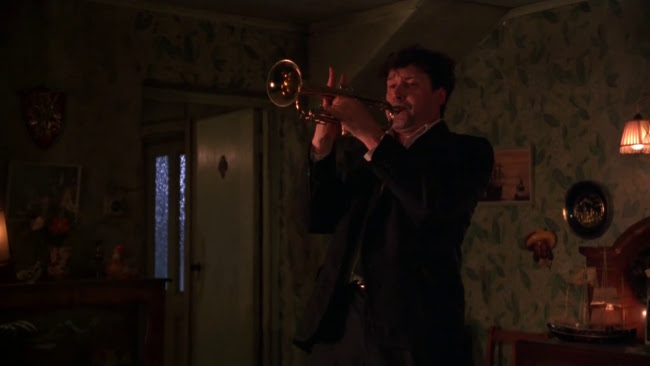 Francie's father, played by Stephen Rea (who also provides voice over narration as an adult Francie) is a talented trumpeter but also a drunk. He and Francie's mother (Aisling O'Sullivan) have violent brawls.

One could see the film as a tour of Irish and Catholic stereotypes--there's even a paedophile priest. What makes it really work is its matter-of-fact attitude. The pizza parlour version of "Mack the Knife", the folk song "The Butcher Boy" from which the film takes its title, reflect Francie's apparent unflappability. He is capable of great violence without real remorse but he never seems especially vehement. It's all one chore after another just to get reunited with Joe as the two are the local Lone Ranger and Tonto for the upcoming atomic war. 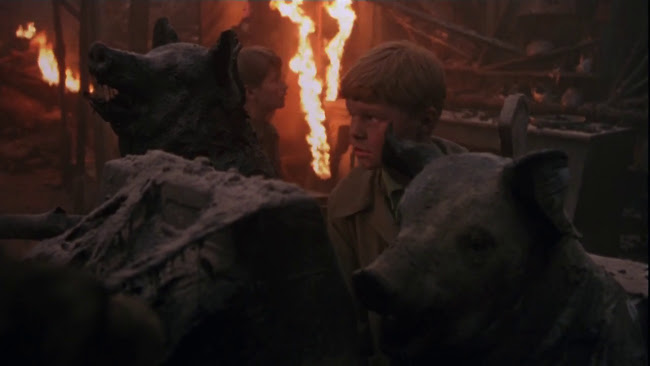 The Virgin Mary in Francie's visions is played with a nice lack of self-consciousness by Sinead O'Conner. It's somehow really lovely hearing her finally become exasperated and say, "For fuck's sake, Francie." Mostly she talks how you might expect a vision of Mary to speak--gently and comfortingly. She doesn't entirely seem like she's Francie's hallucination. She tells him to stop fixating on the goldfish Joe mentions in a letter that Phillip won for him at the fair. But Our Lady has no hope of extracting that from Francie's craw.