More Lives than Can Live 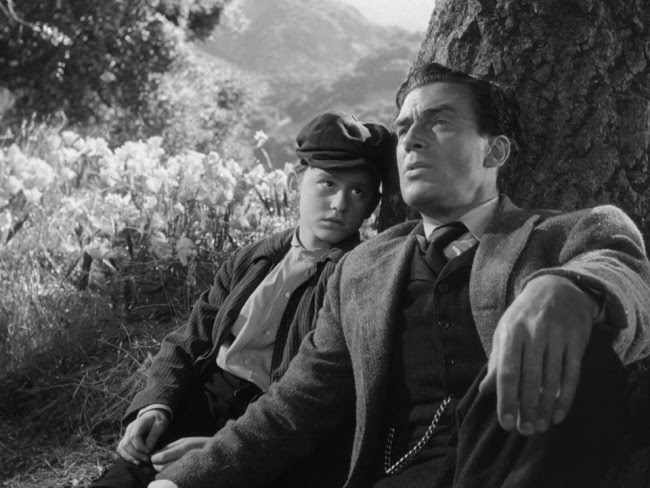 Long ago, in the nineteenth century, as the Industrial Revolution took hold in Wales, entire villages of men worked in the coal mines. The men gradually began to outnumber the jobs, a transition portrayed with breathtaking beauty in John Ford's 1941 film How Green Was My Valley. Told from the perspective of a child growing up in a small, South Wales village, it tracks with personal drama the effects of industry and religion before settling on a story with much smaller scale. Sharing many of the same actors with Ford's later film The Quiet Man, this movie is a bit more detached than some of the director's films about more vibrant characters but the beauty of the photography makes How Green Was My Valley endlessly fascinating. 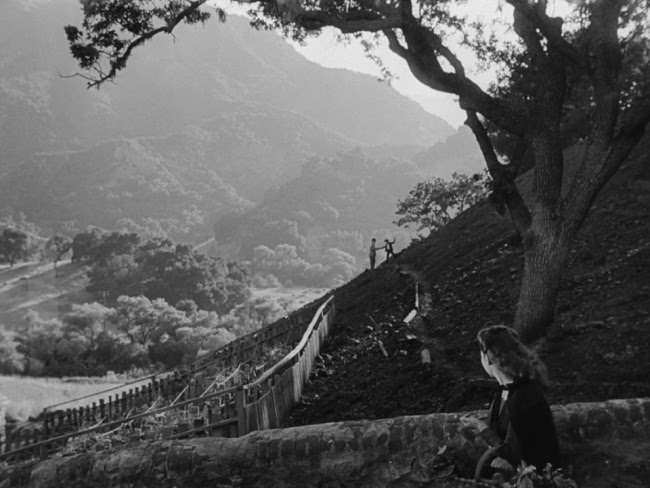 It makes you stop and marvel that so many perfectly composed images can exist in one movie. In one of my favourites, the camera follows Angharad (Maureen O'Hara) at her wedding as she walks slowly down from the church, her veil whipping slowly up and about like a kite. 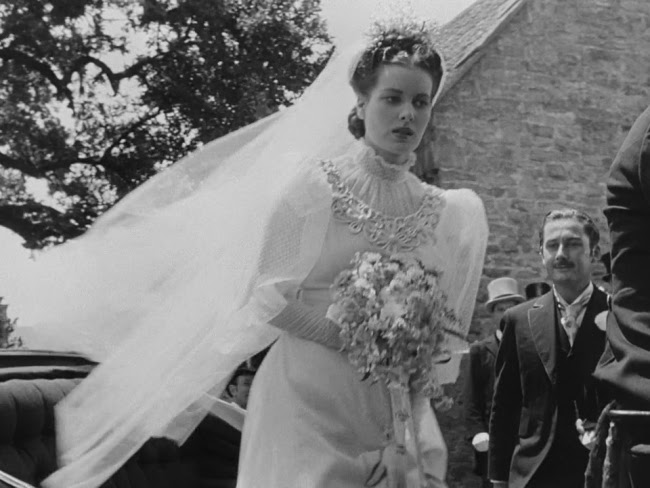 And this same, continuous shot ends after her car drives away, moving to left slightly and we see Gruffydd (Walter Pidgeon) standing, little more than a silhouette on the hill. 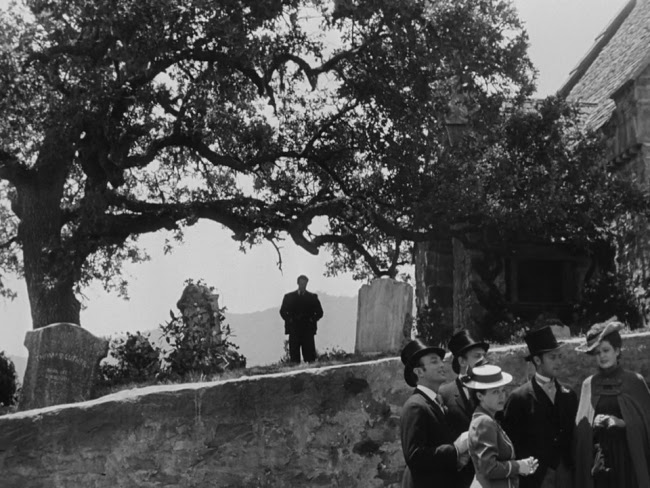 You don't need one word of dialogue to know what's happening in this scene.

The whole film was shot in California because World War II prevented the production from going to Britain. It looks like they built an entire village with terraced houses and mine works. 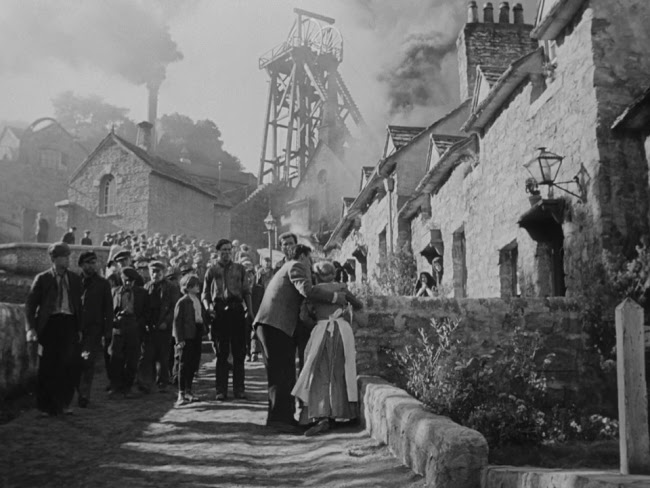 The story is told from the perspective of Huw, played by a very young Roddy McDowall, the film's narration by an adult Huw voiced by Irving Pichel, and he explains at the beginning how green the valley where he lived was when he was a child before the effects of the coal mines became more and more visible. 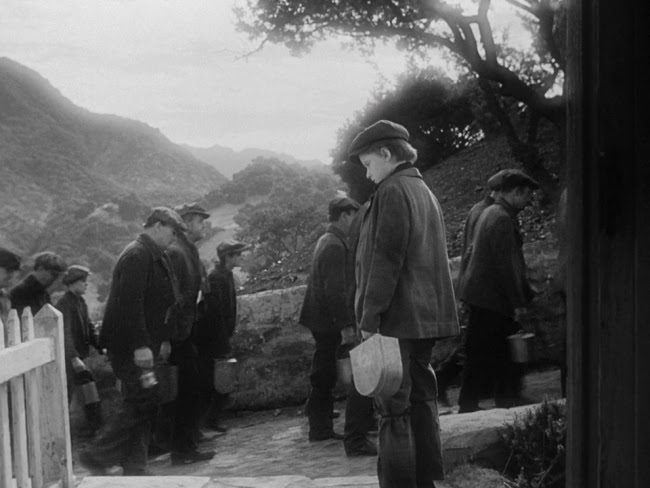 He's sent to school in the hopes that he'll find another way of supporting himself as unemployment increases and his brothers find themselves without work. More focus is given, though, to the romance between the preacher played by Pidgeon and O'Hara's character. Arthur Shields, who plays the gentle Protestant vicar in The Quiet Man, plays a snarling, sanctimonious deacon in How Green Was My Valley and he leads the charge on a passive aggressive denouncement of a woman who had sex before marriage, a spectre of guilt that casts a shadow over any thoughts Pidgeon or O'Hara might have of consummating their feelings. 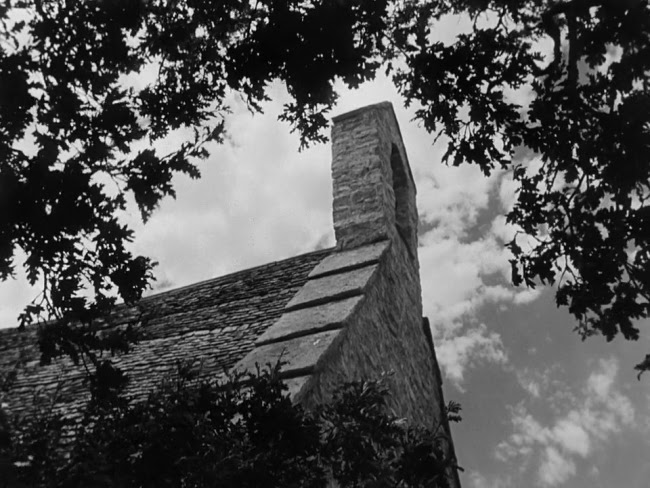 All of the dark, overhanging trees and black etched landscapes Ford gives us feel quite appropriately grim even as they're beautiful.