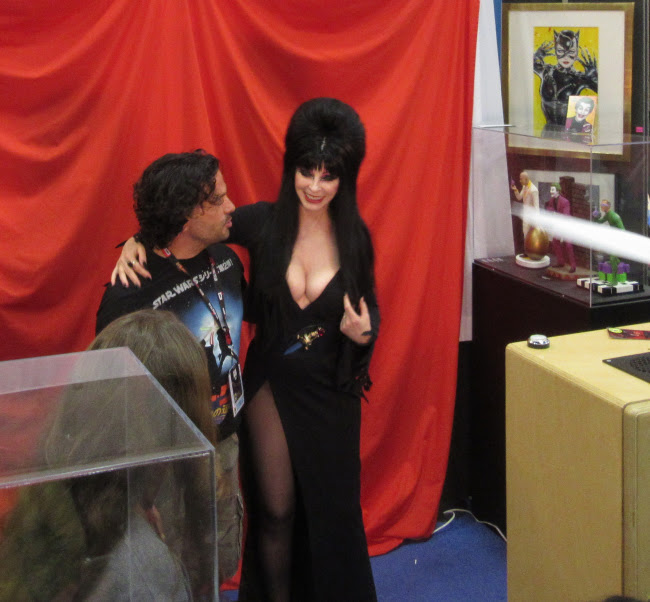 Here's Elvira posing for photos on Saturday in the event hall. I guess she hasn't aged, and I thought she wasn't supposed to be a vampire.

I'm currently on a plane from Charlotte to San Diego, happily with wi-fi this time.* Not that I would've used it in the four hour flight from San Diego to Charlotte which I mostly spent sleeping. I hadn't been on a plane in seventeen years. It's not that I don't like flying--I remember liking it. I think I still like it now but to-day's the first time I've been awake enough to analyse my feelings. Having a destination I actually want to get to helps a bit.

I find my opinion of Tennessee hasn't improved. I love all the green, the beautiful trees, and all the undeveloped land is great. But in between are all these depressing buildings that almost invariably seem to resemble barns and contain churches, church related establishmens, restaurants that try to find creative uses of the word "pig", and bars. I'm glad the family emergency I came for ended up being a false alarm for more reasons than one.

I think this bear knows a lot about life: 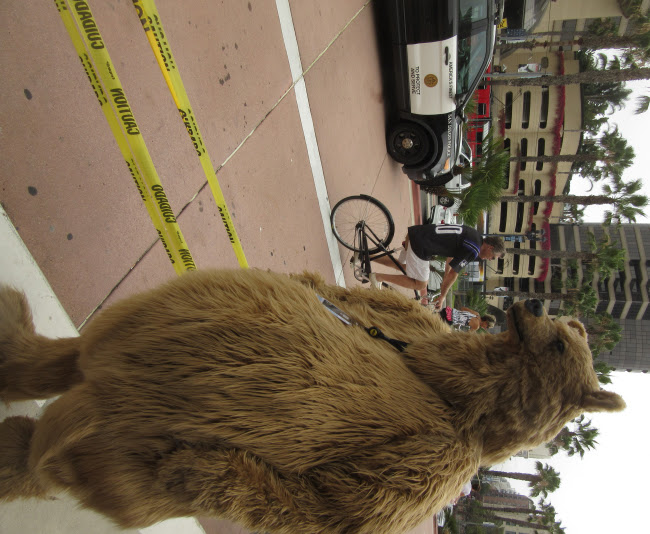 UPDATE I've just now learned that this bear is in fact Adam Savage.

My notes for other panels I attended are in my bag under the seat in front of me and I don't feel like getting them out. So I'll just share some pictures to-day.

I didn't see a lot of sword fighting this year. The little arena was mostly deserted but I finally caught a duel on Saturday; 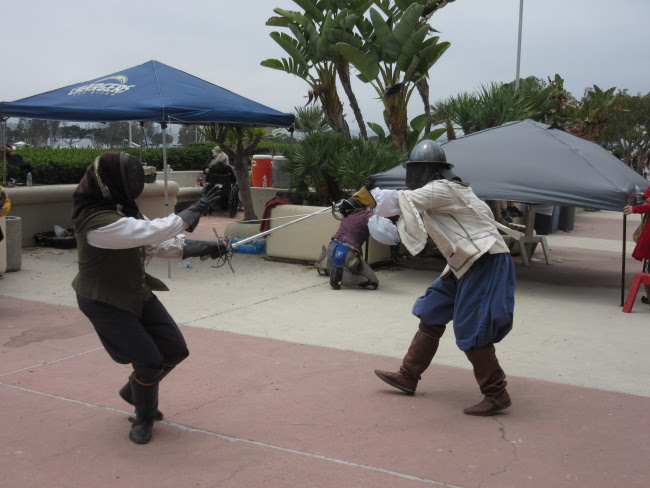 I took a few stills of the fighting I might use as reference later for my comic.

I went east, across the street from the convention centre, to the Hilton for the first time since the Con had expanded to using its indigo ballroom. I was trying to get into the Samurai Jack panel but I quit when the number of people lined up made it look impossible. Apparently there's a show on Adult Swim now called Rick and Morty that's very popular and a lot of people wanted to see its panel, which was in the same room. So I wanted around the little carnivals set up by different companies. Here's a Statue of Liberty for The Strain, optimised for carnal pleasure; 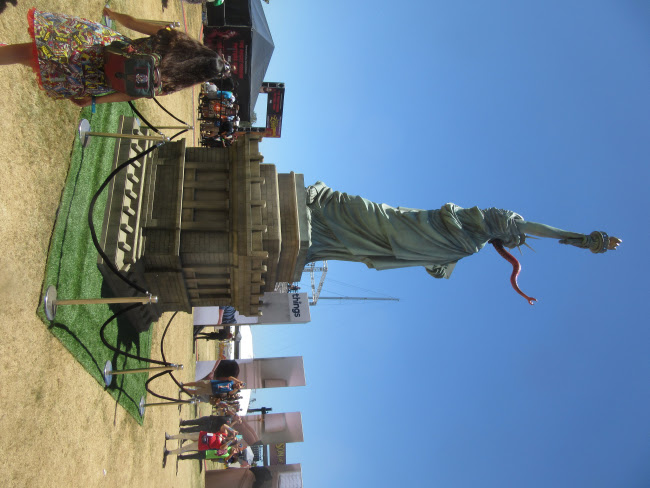 Nearby was the Adult Swim area with delightful, surreal décor as usual. I liked this illustration on the fence: 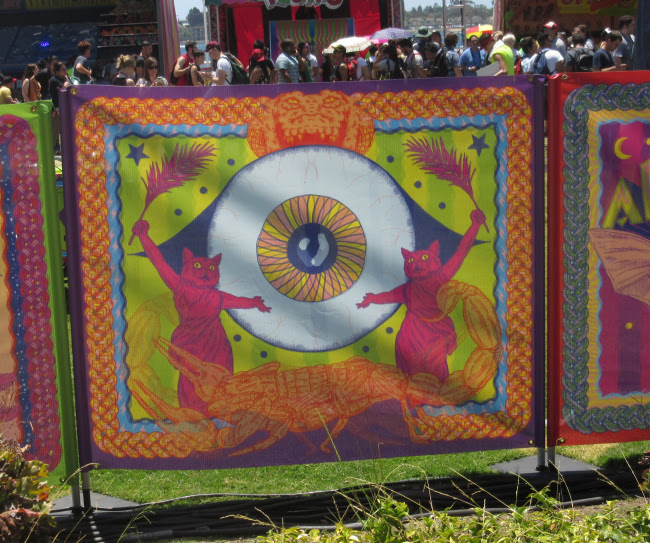 Here's the event hall from Thursday, the aisles remarkably clear this year. 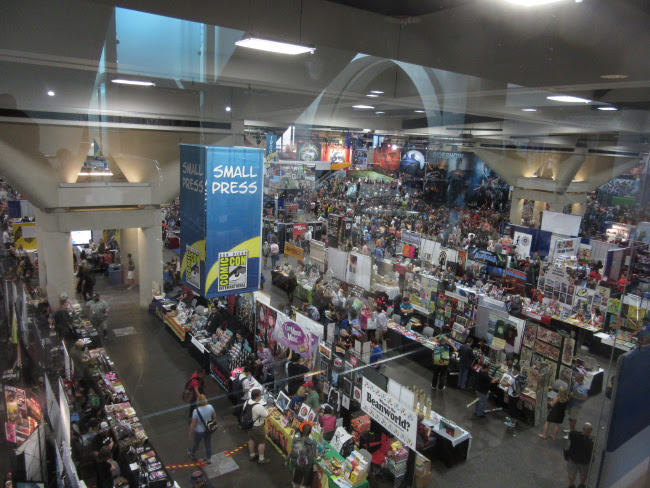 I wonder if the new security system actually prevented a significant number of people without badges from getting in. It was all paid for by The Walking Dead so promotional pictures for the show were on the electronic badge scanners and even on the badges themselves. With that kind of exposure, maybe people will finally start paying attention to this obscure little gem.

*It's a lie. Only I, the footnote, know the truth, that the wi-fi ended up costing six dollars for thirty minutes so this was saved and posted from home instead.

Posted by Setsuled at 7:53 PM
Email ThisBlogThis!Share to TwitterShare to FacebookShare to Pinterest