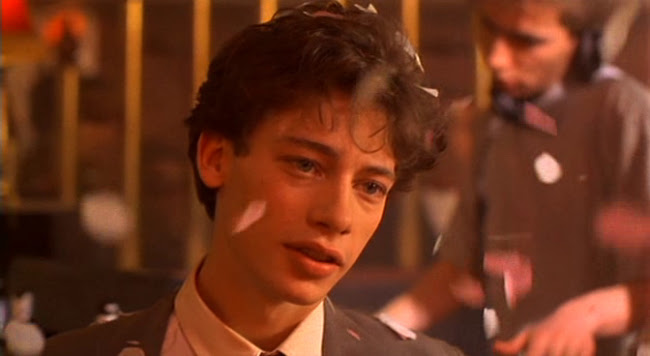 First I wanted to punch Charles Highway in the face. But halfway through 1989's The Rachel Papers, I also wanted to kick him in the groin. By the end of the film, he developed into a guy I wanted to tie to a wheelchair and push down the stairs like Tommy Udo. I don't blame the stars, I don't blame the Martin Amis novel the film's based on--I completely blame director Damian Harris for displaying some of the absolute worst storytelling instincts of a writer director I've ever seen assembled in a single film.

It's an old fashioned story of an awkward young man with a bad personality, Charles (Dexter Fletcher), falling in love with a young woman who has no personality, Rachel (Ione Skye). Really, if a girl was ever No-One, move over Arya Stark, it's Ione Skye in this movie. 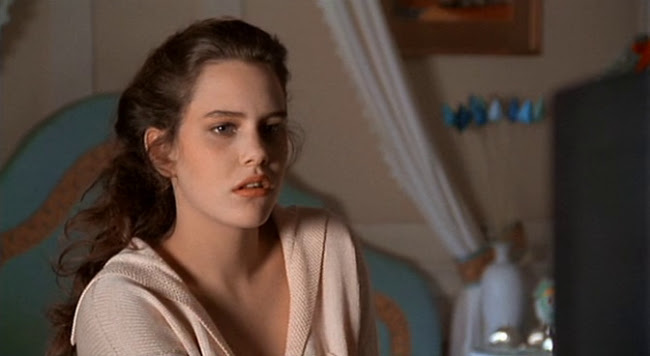 Here we see her intrigued by a video Charles has sent her of his baby pictures and testimonials from his sister and brother-in-law (Jonathan Pryce amusingly playing Cockney) about what a great guy he is. He sent her the video unprompted--she barely knows him. All she knows is he's the guy who showed up at her party uninvited, insulted the guests, then tracked down her phone number and asked her out despite seeing she has a boyfriend named Deforest played by James Spader. James Spader basically plays the snotty rich kid he played in Pretty in Pink and still I think she'd have been better off with him than with Charles. 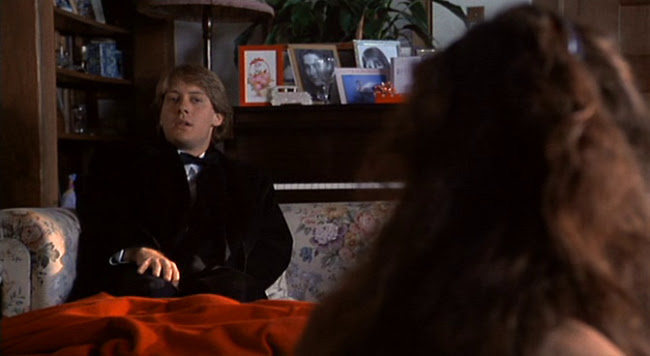 What is his big offence? He shows up unexpectedly when she's on a date with Charles. She apologises to Charles for Deforest later, explaining how that's so Deforest (and I can't help thinking, "Damnit, Rachel, I'm a doctor your boyfriend not your brother."). Yeah, that jerk, turning up where his girlfriend works and seeing she's about to get coffee with another guy and still being polite to him. 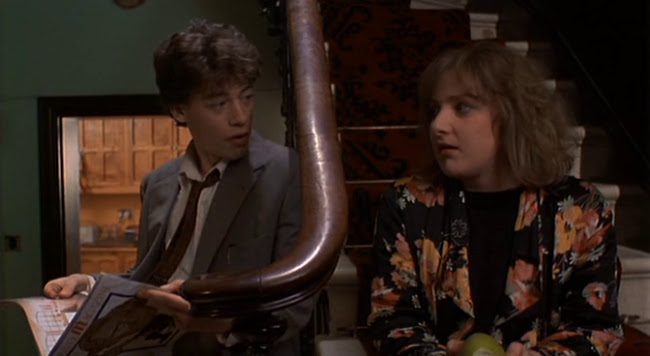 The only reason we know it's bad is because it's bad for Charles. Which is the key problem with the whole movie--it presumes a universe that revolves completely around this douchebag. The movie doesn't show him as making flawless decisions but there's this loving attention given to all his mistakes that made me want to throw up. This is maybe the worst expression of the the 80s teen loveable brat genre, Dexter Fletcher descending from Matthew Broderick, John Cryer, and Anthony Michael Hall. I'm not even blaming Fletcher, who looks like a young Mick Jagger and is charming enough. The film has him looking directly at us and explaining his technique, putting me in mind of Kind Hearts and Coronets but updated with adorable 80s movie computer technology. 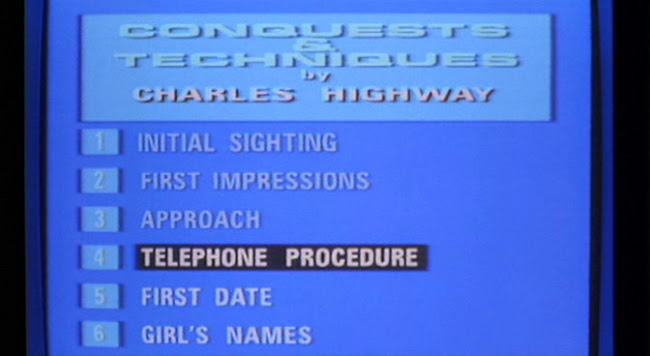 Charles aces all his classes and is getting into Oxford but still he doesn't know how to use an apostrophe. Or maybe she's one girl with multiple aliases, I don't know.

But there's no pleasure like in Kind Hearts and Coronets in watching Charles do wicked deeds because he's thoroughly inept. Everything he tries backfires--he insults the party before finding out Rachel is the hostess, he tries to look uninterested following his brother-in-law's advice and then sends her that pathetic video tape. But it's inevitable Rachel will be drawn to him because the film acts like he's the only source of gravity. 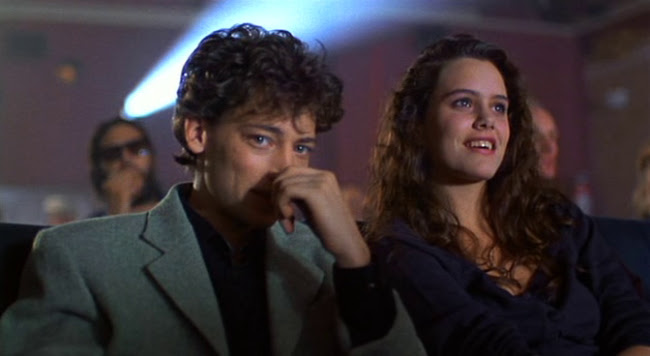 When she finally does not only sleep with him but move in with him it seems less like her choice but a reflection of everything Charles has done and experienced, like a video game where he's reached the final level. And egad, what awkwardly shot sex scenes. And they seem to go on forever. 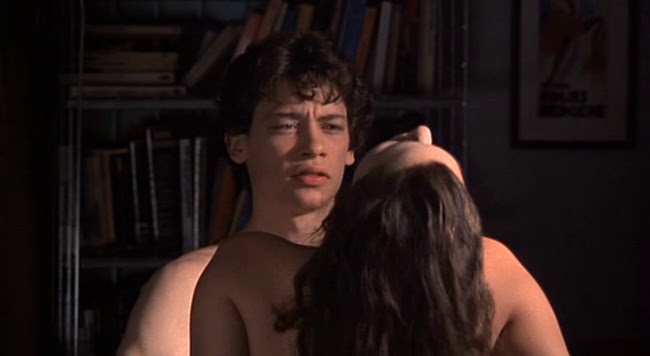 I don't mind the idea of a movie about an awkward guy who's not half as brilliant as he thinks he is. For all I know, the book the movie's based on might actually be pretty good. But Rachel being a walking doll designed to reward Charles' successes and comfort his failures is the tip of the iceberg of what's wrong with this movie--every time Fletcher turns his star wattage at the camera, all the commercial perfect cinematography, it's all meant to be an easily digestible fantasy. It's like a carton of ice cream that's been sitting out on the table for nine years.