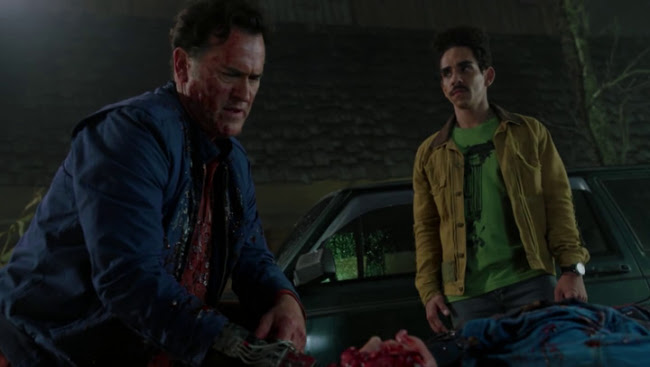 The busted open skull of a loved one was also a subject broached in Saturday's Ash vs. Evil Dead, though I actually watched it after Sunday's new Walking Dead. It's an interesting contrast. Why does it work better on Ash vs. Evil Dead? I realise I'm coming from a premise not many people might agree with, at least if comparing the ratings of the two shows says anything. 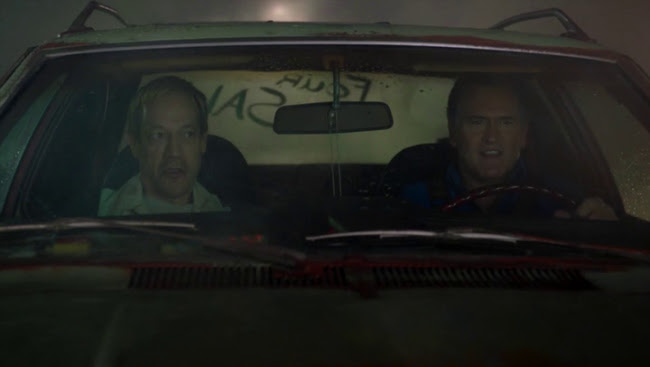 The new Ash vs. Evil Dead episode, "DUI", written by Ivan Raimi, follows up from last week's which ended with Ash's father, played by Lee Majors, getting hit by Ash's possessed car, his brains graphically exposed. In this episode, we even see one of his eyes lodged in the car grill. 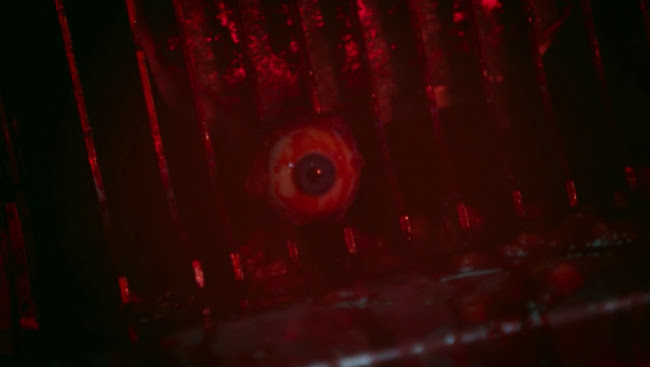 The colourful lighting and the less realistic physics to the violence gives Ash vs. Evil Dead a more cartoonish feel. I do think this is a problem--it drifts into the territory that diminished Hercules: The Legendary Journeys and Xena: Warrior Princess, the feeling that everything's sort of in a Loony Tunes reality and nothing that happens carries emotional weight. But the sudden death of Ash's father helped divert the show from the impression it was starting to give that certain characters are effectively immortal--this is the main problem with Pablo and Kelly. A big part of what made the Evil Dead movies work was the feeling that the Deadites could basically kill or possess someone at any time, in a seemingly infinite variety of ways, and their motives were mysterious beyond pure malevolence. 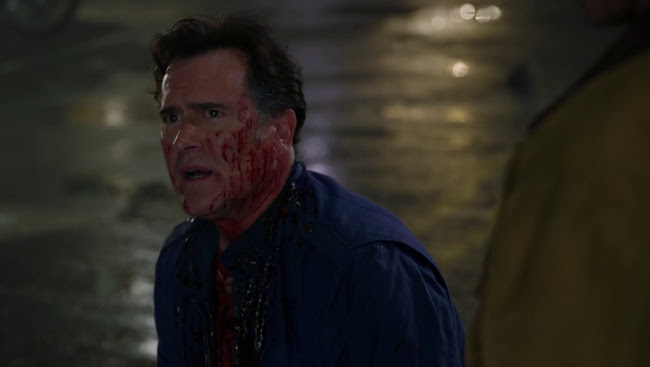 I think the main reason this part of the new Ash vs. Evil Dead worked so well is because, once again, of Bruce Campbell and the character he's created with Ash. His emotional reaction to his father's death is pointedly subdued. He seems upset but of course, after all he's experienced, he'd have trouble truly accessing his grief. This is normal for him, as he tells Pablo.

I found the showdown with the car much too cartoonish. But I found myself imagining an Evil Dead/Walking Dead cross-over. Someone like Ash would probably be a good step towards the much needed diversity in ideas on Walking Dead. Just hearing Ash call Negan a primitive screwhead would be worth the pleasure.

Posted by Setsuled at 8:28 PM
Email ThisBlogThis!Share to TwitterShare to FacebookShare to Pinterest