Great Shot, Alpha One, Primary Mission Objectives Complete, the Emperor Will be Pleased 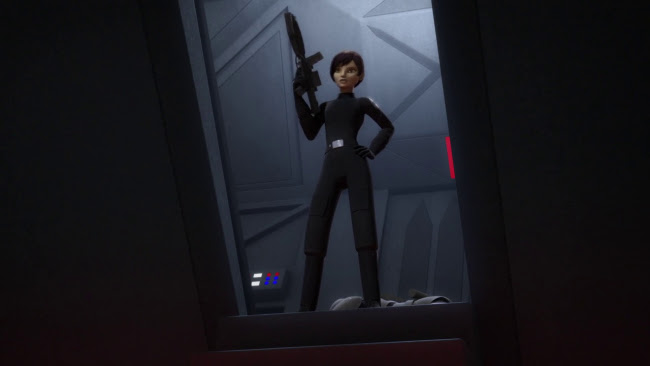 I was all set to struggle to find the grains of Star Wars goodness through the usual irritating Disney filter last night but I was surprised to find myself genuinely delighted by the new episode of Star Wars: Rebels. Why? TIE Fighter! 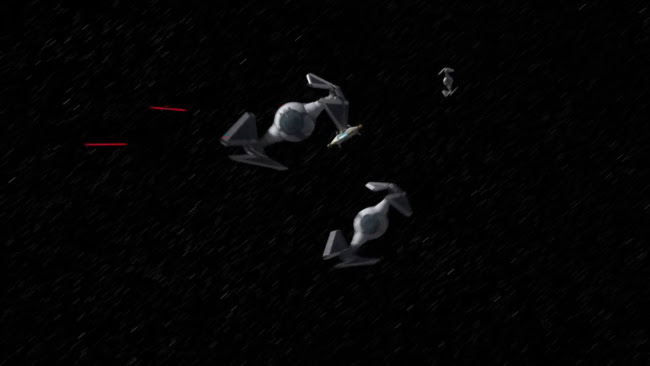 No, not a TIE Fighter but the great Star Wars video game from the 90s--still the best Star Wars video game, for my money. "The Antilles Extraction" features Sabine infiltrating an Imperial TIE pilot training station to help Wedge Antilles defect to the Rebellion. Nothing about the guy we meet on the show feels especially like Wedge from the movies, though he was never an especially well defined character anyway. He basically functions as a MacGuffin here. But I was excited by the dogfights and the simulated dogfights in this episode that so distinctly felt like something right out of TIE Fighter I couldn't believe it was a coincidence. 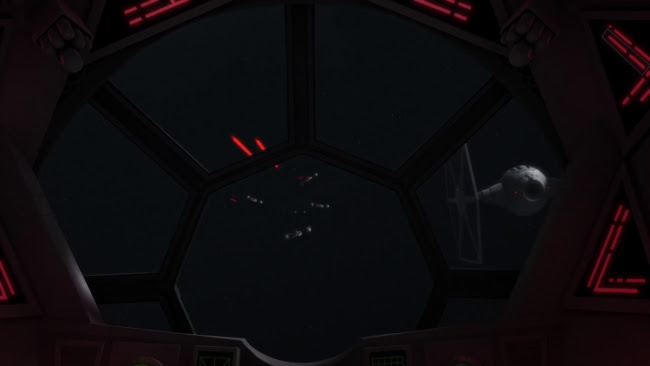 The instrument panels aren't replicated from the game but something about the cockpit point of view, the pace of the incoming Rebel Y-Wings and the green blaster fire felt so much like TIE Fighter. The training pods cinched it for me--even the sound effects they make when they open and close sound right out of TIE Fighter. 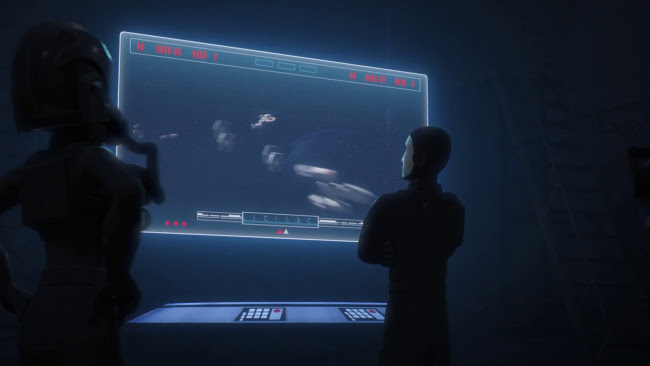 "The Antilles Extraction" was written by Gary Whitta who also worked on a draft of the screenplay for Rogue One before parting ways with the production over creative differences. He's written for several video games and films and in the 90s he was a founding editor and then editor-in-chief for the U.S. version of PC Gamer--the magazine that, back in the 90s, named TIE Fighter the greatest video game off all time more than once. So, yes, Whitta I would say is well aware of TIE Fighter.

With all the nostalgia for old video games--Nintendo even deciding in recent years it can make money off an old fashioned version of Super Mario Brothers--I think TIE Fighter remains trapped in the past because it was a flight simulator that requires a joystick. I mean, you can play it with a mouse and keyboard but it's really a degraded experience. But who has a joystick nowadays? I do--I bought one a few years ago specifically to play TIE Fighter again but despite the fact that I have two legally purchased versions of the game I had a hard time getting it to work. One copy I managed to get working but without the joystick, the other I got working but I couldn't stop the graphics from being stretched out across the monitor that's much wider than developers apparently envisioned in the 90s. 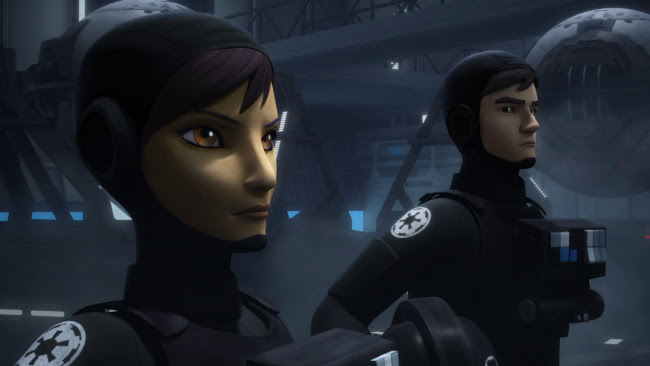 Anyway. The episode centres on Sabine though it insists on spending some moments focusing on Kanan and Ezra talking about how they feel about how the episode's going to focus on Sabine. I mean, they talk about how she's doing the mission alone. Clearly Kanan and Ezra are our unavoidable anchor characters who must have character moments every episode, unlike Clone Wars which was free to roam among whole different casts from episode to episode. I wouldn't mind it as much if Kanan and Ezra weren't so annoying. Sabine is okay though she's had little or no character development and her voice actress is a little flat. Gina Torres guest starred as a former comrade of hers in the first season, her performance easily outshining the woman playing Sabine. If only they'd just replaced Sabine with her it would be great. There are certain actors Disney has mandated for success however untalented they are , which is why we have that Freddy Prnz11!!x Jr. Smoke or whatever his name is playing Kanan.

An age divides an amber glass in grids.
No villain dwells where aught's with evil marked.
Of fate, the feathered thought in shaking rids.
On eyelash legs we walk into the dark.
A cherry rum sorbet in crystal dish.
Transparent walls permit a membrane light.
Two rows of pins allow the watching fish.
A path twixt sable seats descends to night.
The bread as hard as diamond waits below.
An army crossed the dust and broke the sky.
The atmosphere cast in red then yellow.
In frozen dungeons lurks no gnat or fly.
The churning yolk descends from eggy clouds.
A sulphur rain invades in noxious shrouds.

Posted by Setsuled at 3:46 PM
Email ThisBlogThis!Share to TwitterShare to FacebookShare to Pinterest