Cumberbatch of the Doctor 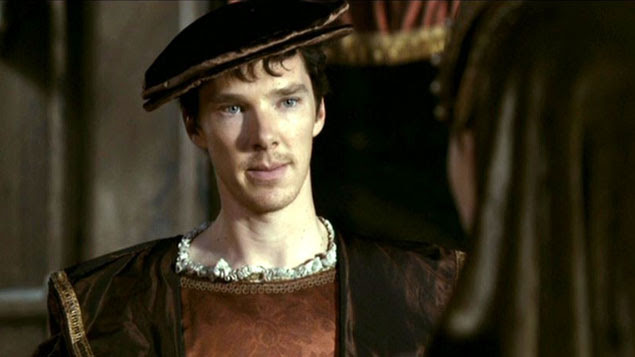 Those looking for a Sherlock and Doctor Who crossover may not be satisfied by the 2008 Doctor Who audio play Forty Five in which Benedict Cumberbatch guest stars as Howard Carter, the famed discoverer of Tutankhamun's tomb. He and the Doctor never make out, for one thing, which I think is high on the list for most people hungry for the team up and the story features the Seventh Doctor (Sylvester McCoy), narrowly competing with One for the title of Unsexiest Doctor (mind you, he's one of my favourite Doctors. Sex isn't everything). It is a good story.

Forty Five is actually a collection of four short, approximately twenty five minute stories starring Sylvester McCoy as the Seventh Doctor and Sophie Aldred and Philip Olivier as his companions Ace and Hex, respectively. Cumberbatch appears in the first of the stories, "False Gods", in which Carter is still twenty years away from his famous discovery. But he is in Egypt and investigating a tomb, discovering figurines which unlock a strange truth about the Egyptian gods--well, a pretty standard truth in many Sci-Fi adventure stories and movies. But it's told in a lively enough manner with good performances. McCoy and Cumberbatch have a few entertaining exchanges as colleague explorers. There's a nice bit of dialogue between Hex and the Doctor when they come across some mummies and Hex gets to thinking about how the Doctor can go back and visit these corpses when they're kids if he wants to.

The second story in the collection, "Order of Simplicity", is a haunted house tale, appropriate for Halloween, with a mad scientist (Jon Glover) whose inventions have gone out of control. Benedict Cumberbatch has a small role in this one as well as a homo erectus in the basement--the story has more differences from the television story Ghost Light than I'm making it sound.

The third story, "Casualties of War", is a bit of a follow-up to the television story Curse of Fenric, in which Ace met her mother as a baby. Set just after World War II, "Casualties of War" has Ace meeting her mother as a little girl, unconvincingly voiced by adult Beth Chalmers. Ace at this point is years older than last we saw her on television and she seems less afraid of her past. The interactions with her family here are consequently less interesting but curious enough for a twenty five minute story.

The final story is called "The Word Lord" after its villain, Nobody No-One (Paul Reynolds), who's a Word Lord like the Doctor's a Time Lord. Word Lord may be one of the campiest titles for a villain I've heard on Doctor Who--the story's clever idea about how the Word Lord is able to infiltrate reality through words is delightful and also campy despite a pretty effectively portrayed death of a minor character in the story.