Nightmares of a Good Vintage 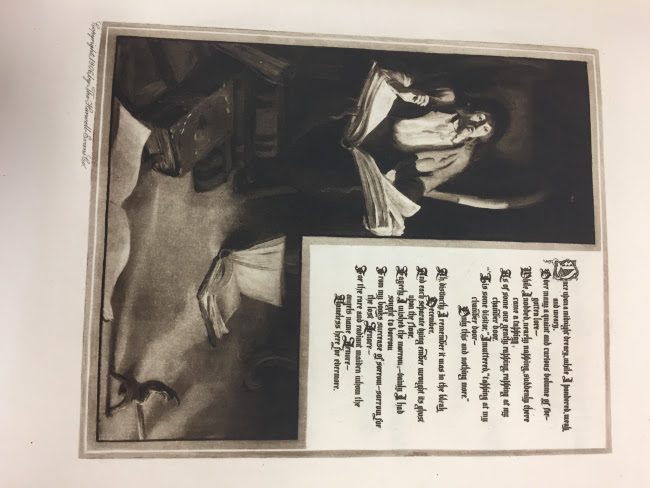 This is a page from a late 19th century collection of Edgar Allan Poe poems, stories, and his essay on writing. I saw it on Friday when I went with the class I'm taking on Horror Cinema and Literature to look at some pieces from the university library's special collection. My camera's battery was dead so my classmate, Megan, was kind enough to send me photos she took with her phone. This is an early 19th century edition of Anne Radcliffe's The Mysteries of Udolpho; 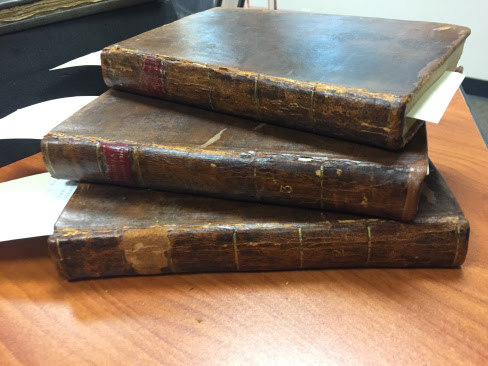 Also on display were first edition issues of Weird Tales from the 20s and 30s, several featuring stories by H.P. Lovecraft. I really need to remember to keep my camera charged.

To-day I read the new Sirenia Digest which contains two very nice new works by Caitlin R. Kiernan--the conclusion to her Chartreuse Alphabet, which is a series of vignettes for each letter of the alphabet, and a new story called "Antediluvian Homesick Blues", the title a reference to Bob Dylan I suspect Caitlin came up with before it was announced Dylan had won the Nobel Prize. The story itself doesn't make any explicit reference to Dylan's song that I could detect but it is an extremely effective rumination on nightmare. Focusing on two women having a discussion while drinking cheap absinthe, it juxtaposes analyses of surrealist, apocalyptic art and memories of a childhood excursion to a Pentecostal church where a hellfire sermon was delivered. Caitlin's language is in top form on this one and the worrying feeling of a bearing down doom pervades the piece.

The conclusion of The Chartreuse Alphabet is also great. I particularly liked the vignette for R, "Raven", which is another sort of nightmare as the anxieties of two criminals seemed to be manifested in rows of diseased ravens on the roadside. Wonderful stuff.