The Mask of Joan 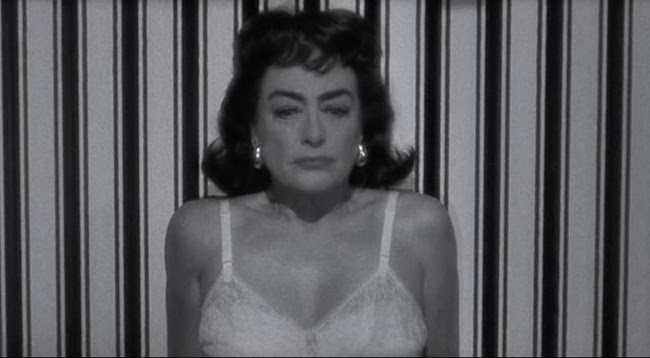 Lucy had just gotten the freedom and the husband she wanted but unfortunately she had to murder him and his mistress with an ax. Evidently she had a good lawyer because she spends 20 years in an asylum instead of life in prison in 1964's Strait-Jacket. At times a little too broad and with a twist ending visible from a considerable distance, this film written by Robert Bloch has a magnetic performance from Joan Crawford as Lucy and features an interesting commentary on what kinds of behaviour were considered acceptable for women. 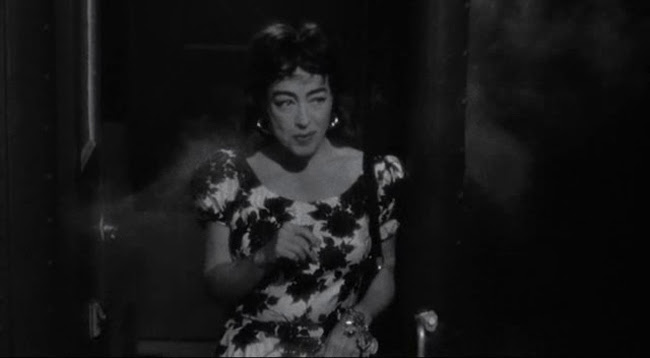 After a loveless marriage to someone foisted on her by her parents, Lucy's finally able to marry a guy she likes--one considerably younger than her played by Lee Majors. Majors isn't credited because she chops his head off before he can stick around long enough. The film jumps over Lucy's time in the asylum to when she's released twenty years later and joins her daughter, Carol (Diane Baker), on the family farm. 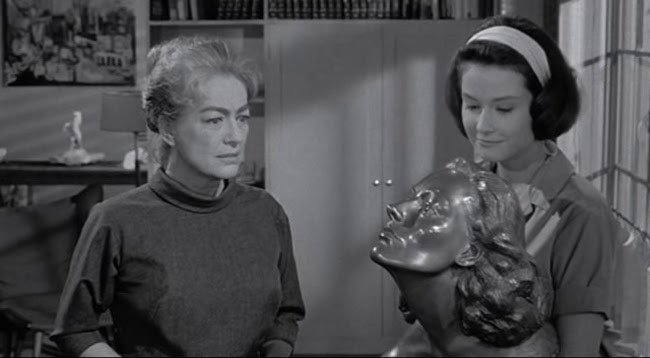 Carol had witnessed her father's indiscretion and his decapitation but seems to have no reluctance about welcoming her mother home. She even, oddly enough, wants Lucy to dress like she did before going to the asylum, something which really seems to disturb Lucy. I couldn't help thinking of Vertigo and Scottie forcing Judy to get the makeover that makes her look like she did when she was an accomplice to a murder. 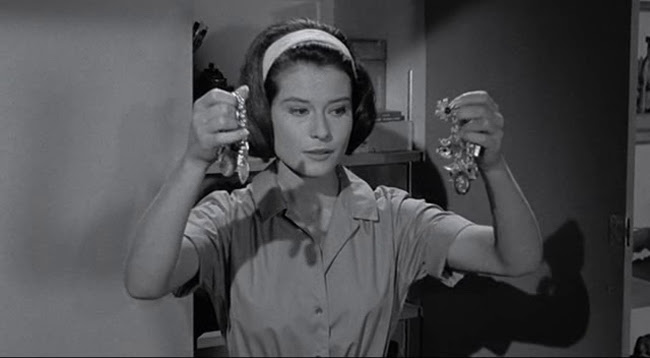 Carol even saved Lucy's noisy dangling bracelets and in addition to being ready to wield an ax to take revenge, Crawford's character was strikingly assertive in her brash, high contrast wardrobe.

Bloch makes a none-too-subtle point when Carol visits her boyfriend Michael's (John Anthony Hayes) home and his father (Howard St. John) flirts unabashedly with Carol. Everyone passes it off as a joke but this is followed by a scene where Michael visits Carol's home and the two young people become uncomfortable when Lucy flirts with Michael. 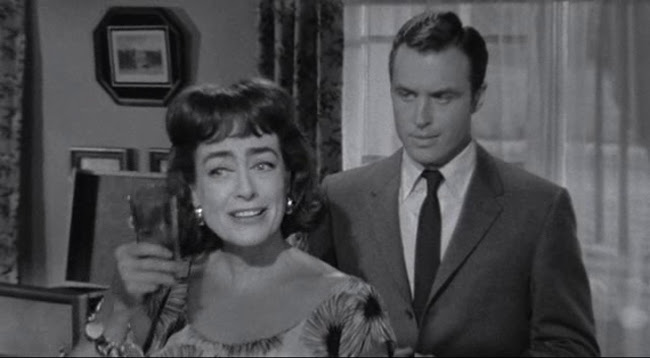 A series of new murders begin to occur and all signs point to Lucy. The film destabilises point of view a little bit so that even though it's mostly shot from Lucy's perspective, we don't know for sure if she's guilty of the killings. And neither does she so this in itself brings us further into her perspective. The climax of the film is a fascinatingly bizarre scene--the revelation of the killer's identity is pretty obvious but the scene where the revelation takes place is both a very explicit commentary on assigned identities and an effectively creepy set of images. 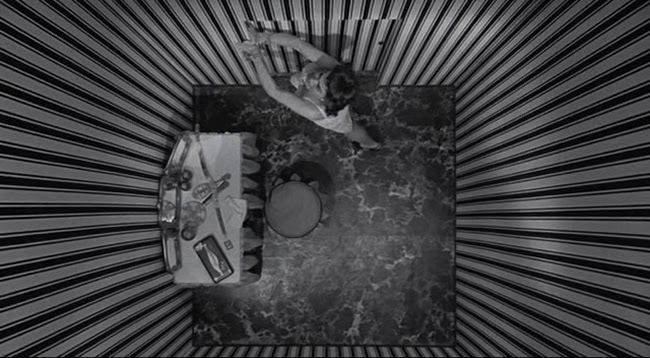