Tied to the Platter 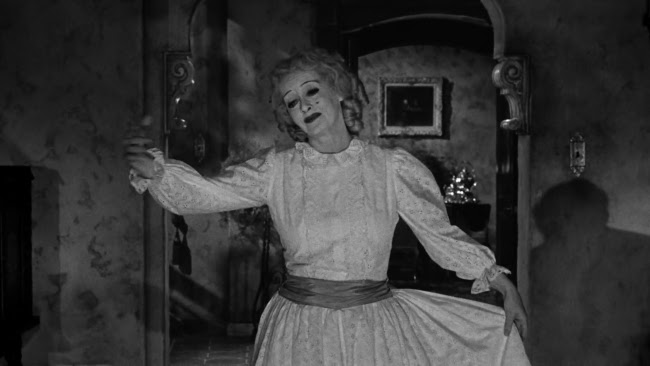 Someone who is loved a great deal early on knows a pretty high threshold of love and may be forever unsatisfied with less. At least one woman goes mad in 1962's Whatever Happened to Baby Jane?, a lusciously shot movie about two sisters bound in repressed bitterness after the emotional highs of stardom. With great performances by both Joan Crawford and Bette Davis, it's a beautifully grotesque portrait of human needs growing uncontrollably beyond the bounds of decency. 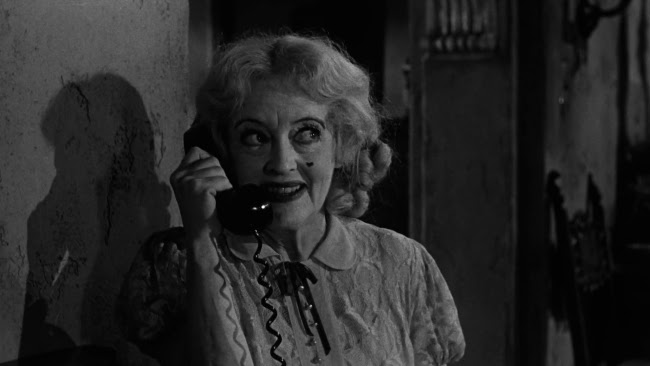 While both women are great in the film, the cake really has to go to Bette Davis who completely commits to Baby Jane Hudson. The film opens with Baby Jane as a child star in a vaudeville act and it's a little hard to understand her appeal. Director Robert Aldrich takes pains to establish her show is sold out and that people genuinely seem to love her, otherwise it would seem a joke that this kid with her loud, one note delivery is on the stage. 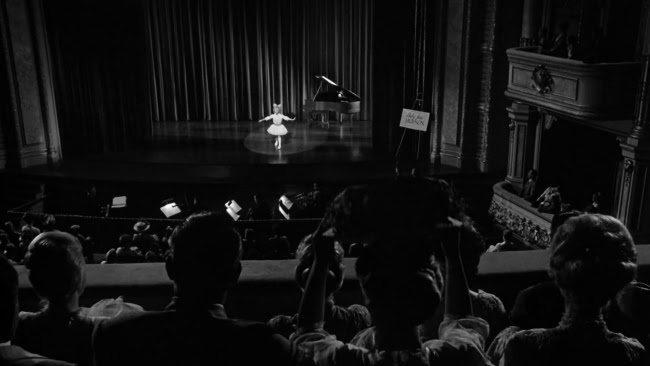 There was a sort of big, talentless performance style in children that genuinely seemed to entertain audiences--maybe it was funny because of how bad it was but if one looks at films starring young Jackie Cooper or Bobby Driscoll one wonders not only why they were popular but how anyone thought they could carry films to begin with. On the other hand, there were some genuinely talented popular child actors like Mickey Rooney or Freddie Bartholomew. No accounting for taste, I suppose, but in any case audiences of the Baby Jane style of child acting could probably be seen to-day in people who like watching school plays just to see how badly the kids do. 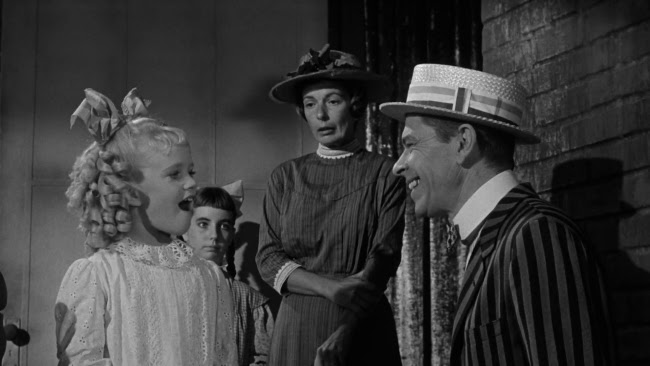 Which of course makes it all the more pathetic that Jane considers those her glory days. The film gives us a brief glimpse into the sisters' lives in the 1930s where, despite clips from successful 1930s Bette Davis movies being used, the studio heads find Jane's performance style totally inadequate for an adult. Her sister Blanche (Joan Crawford), who had before dwelt unhappily in her sister's shadow, is by the 1930s recognised as the greater talent and box office draw. 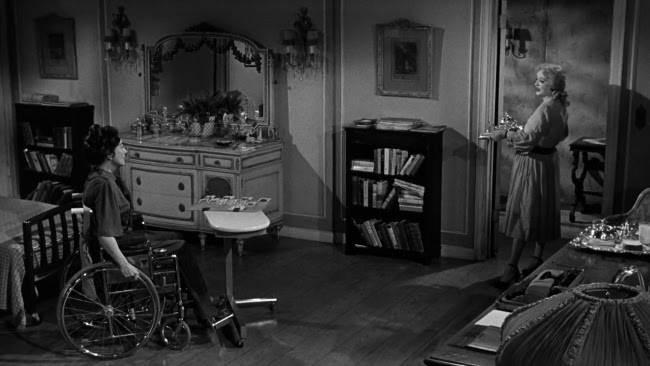 But most of the movie takes place in 1962 when Blanche and Jane live together alone in a massive house beautifully cluttered with antiques and shadows, which perfectly reflects the personalities of the two women. 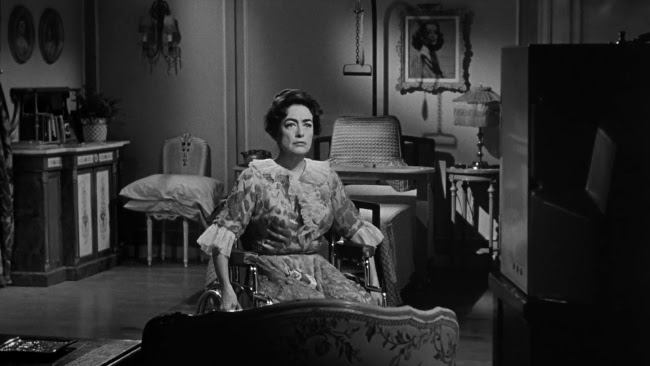 The way the film constructs the resentment and obligation that keeps the women locked together is fascinating. Jane resents Blanche both because Blanche became more successful and because Jane feels responsible for hitting Blanche with a car, paralysing her from the waist down. Blanche was told as a child by their mother (Anne Barton) to be kinder to Jane than Jane was to her when Jane was on top so Blanche is bound by a deep sense of moral obligation. 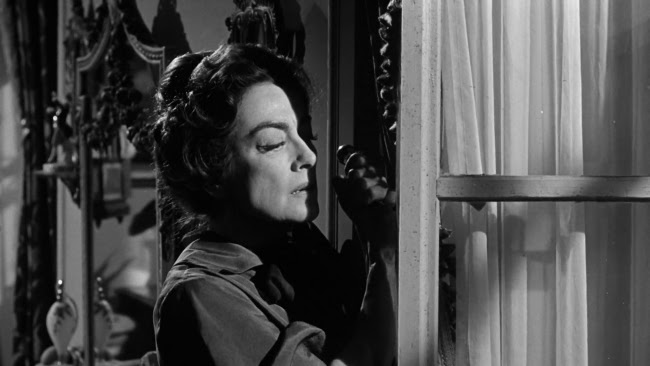 Blanche carries this tolerance so far that she's reluctant to address increasingly vicious behaviour from Jane, who, Blanche learns, has been hiding her mail and has served her a dead rat and her pet dead bird for lunch. Jane is peculiarly amazing in her garish makeup, performing for herself and then a hired pianist, her madness bringing her to revive that one-note childhood performance, curtseying and singing tunelessly with no expectation that she's not absolutely charming. 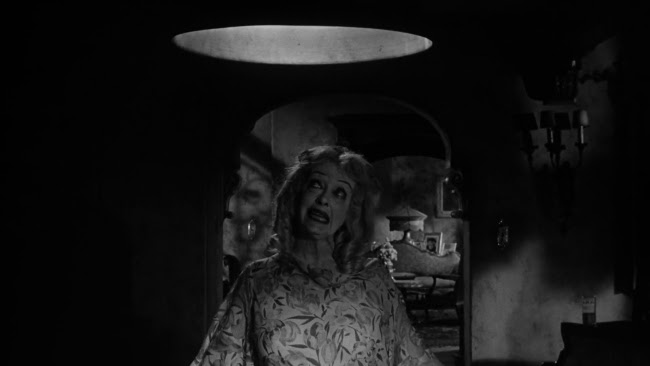