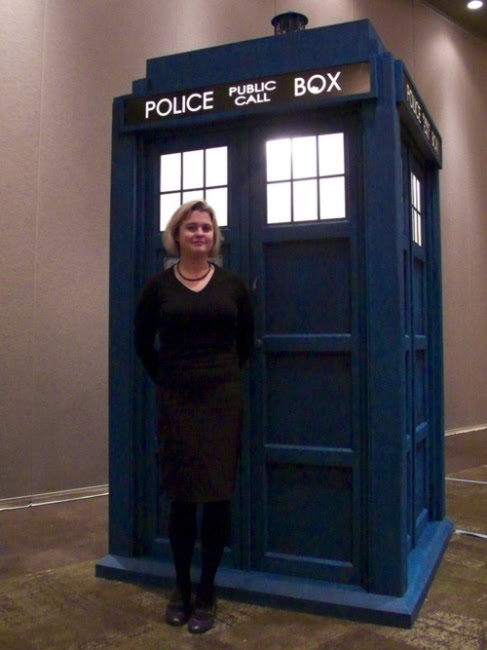 Charley and the Sixth Doctor were still travelling together in the 2008 audio play I listened to last night, The Raincloud Man, Charley (India Fisher) being a former companion of the Eighth Doctor, something Six (Colin Baker) doesn't know about, and this audio play continues on with teasing this out. Maybe I should congratulate the show for making me impatient to hear what finally happens when the Doctor finds out but I'd rather just hear what happens (no spoilers please). Otherwise, it was an enjoyable story, or maybe it was the mostly tequila margarita I was drinking at the time.

The two go back to modern day Manchester and meet with D.I. Menzies (Anna Hope) again, whom they met in the very good, effectively spooky The Condemned. Most of the plot seems to hinge around Charley's secret, actually, as the aliens they're surprised to meet living hidden lives in Manchester generally seem to react to the fact that Charley's out of place in the timeline--and somehow the Doctor still manages not to figure things out. 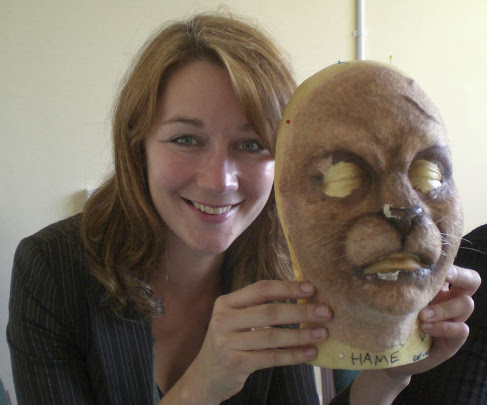 Anna Hope, seen here with the mask she wore for a role she played on the Doctor Who television series, Novice Hame, is a lot of fun as the sarcastic and weary Detective Inspector. With a thick Manchester accent she sounds well beyond incredulity and patience for the alien murders and not-murders but rather time anomalies that look like murders.

The title refers to an alien who influences reality involuntarily, making people around him unlucky, so he's used as a cooler in an underground alien casino. A nice concept, but feels a bit backgrounded to all the tension still around Charley. The story begins with Charley and the Doctor eating breakfast in a funny scene that seems an attempt to capture something like the chemistry Charley had with Eight but pretty much fails at this due to Colin Baker's typical flat performance.

A pumpkin's eyes remind the pie to cut.
Confections fill the stomach stretched for gold.
To eat, no mask could say the goblins glut.
The shadows moving now were ever old.
Unmarked, the cigarettes have stopped the truck.
A cherry road is winding round the hill.
Obscuring forest says more than the duck.
Midnight, the hummingbird alights the bill.
A button turned the black to pink in book.
When counting beads, a shoe ennobles foot.
Adrift, the words debate the missing rook.
A lift recalls where crates of knights were put.
In coffee dreams, the choc'late melts in time.
Across the pumpkin field the spirits climb.