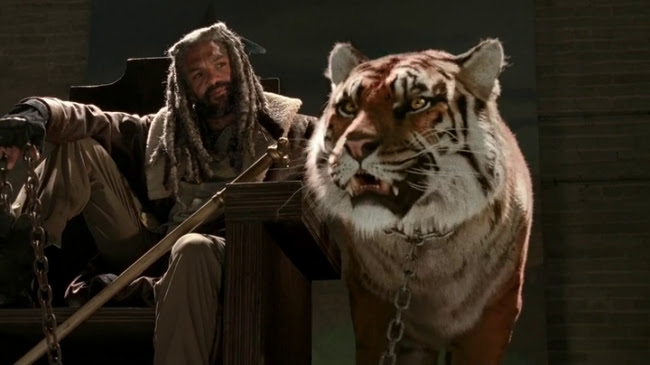 So. Anyone want to try and argue that The Walking Dead isn't getting campy now? Last night's new episode, "The Well", took a drastic shift in tone from the premiere episode of this season to focus on Carol and Morgan and their introduction to a settlement called The Kingdom and its extravagant ruler, King Ezekiel. It was rather pleasant. Carol's facial expressions alone were worth it. 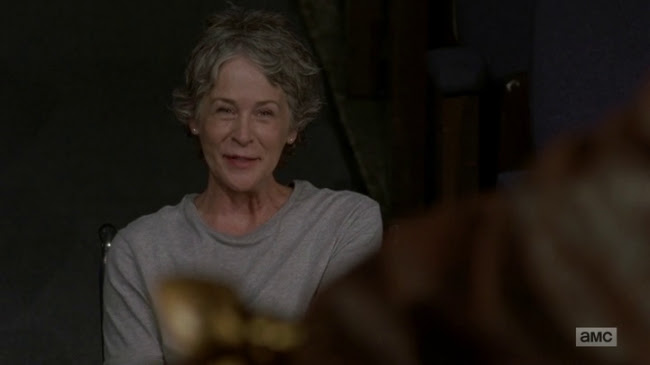 For quite some time now, I've felt The Walking Dead has needn't to break out of its shell and explore territory beyond the terrible need to kill in order to survive. This conflict lead to some of the series' greatest episodes but it starts to lose meaning if that's all you keep coming back to. Morgan's (Lennie James) story last season was a great way of wrestling with it and now as the show is adopting increasingly unrealistic turns of plot, it's gone all in with Ezekiel (Khary Payton) whose philosophy of inspiring others by way of imagination is sort of beautiful, and a logical thematic next step after Morgan's story in season 6. 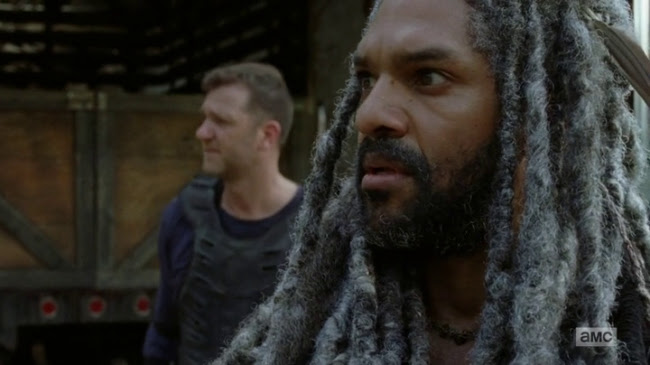 A bit of lampshading goes on as Ezekiel laughs and admits to Carol (Melissa McBride) that having a pet tiger isn't practical, partly because it eats as much as ten people. Yeah . . . yeah, impractical. Or downright untenable in the current environment. Unless he feeds it Walkers and the implication at the end of this episode is that this is not a healthy diet. I certainly never had the impression that this pretty cgi kitty was a real tiger, anyway. 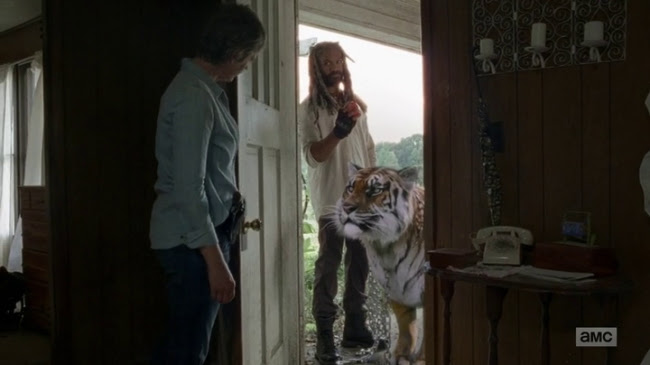 I think maintaining an air of realism would have been nice but now that that ship has sailed, I think the writers are wise to go all in on fantasy. Just the idea of Carol, after all the trauma she's been through, having to deal with a magical tiger is incredibly sweet. Ezekiel makes me want to believe in it, too. 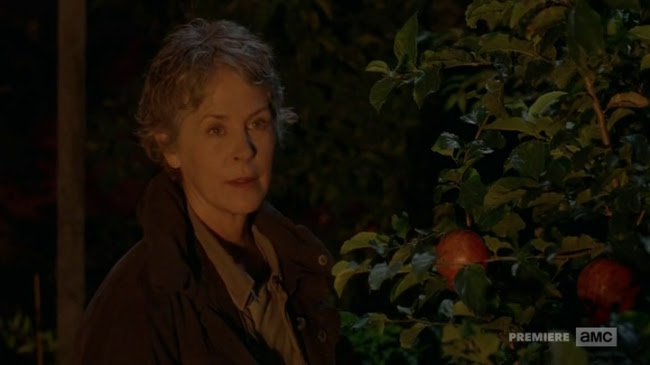 All this emphasis on pomegranates. Is Carol a Persephone now to Ezekiel's Hades? That seems a bit of a stretch.

If I were in charge of the show, I'd kill off Rick and try to give all his material from the comic to Carol. In addition to Carol being a more interesting character, I find Andrew Lincoln chews ten times the scenery of Melissa McBride. If Rick does stay around, I think he should start wearing a cape.

Happy Halloween, everyone, by the way. I only wish I had time to celebrate it this year. At least I have plenty of candy.