Because Rebels is New 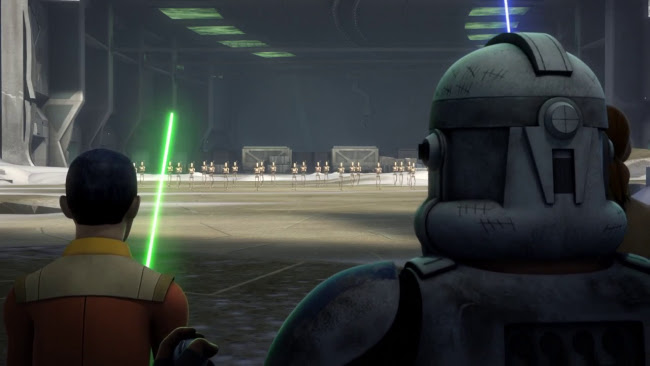 So Ezra has finally explained the plot behind the prequels in the new Star Wars: Rebels. In yet another episode that harkens back to the Clone Wars series Disney really obviously shouldn't have cancelled, all the male protagonists leave Hera and Sabine on the Ghost to explore and loot a ruined Separatist base where a group of battle droids are surprisingly still active. It's exciting to see all this Clone Wars stuff and the sense of layered time is nice but the mechanics of the plot aren't great and Ezra comes off as even more annoying than usual.

A droid general in charge of this lost group of Separatist droids captures the Ghost crew and then forces them to try and rescue Zeb in an effort to prove who had the better strategy, the Republic or the Separatists. 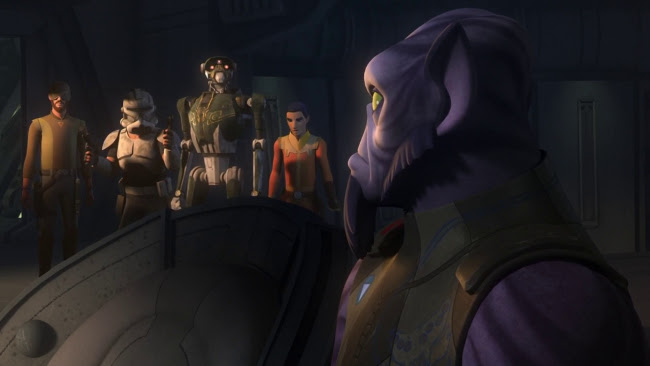 Ezra eventually explains how the Empire is in fact what used to be the Republic so therefore the Ghost crew and the droids are on the same side. Apparently this fact had eluded everyone for fifteen years. Anyway, it's fun to see battle droids versus the Empire. 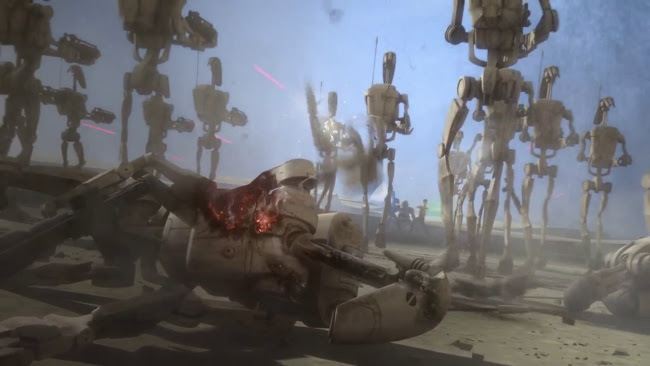 Working together, they come up with the brilliant strategy of having the Jedi swatting droid blaster bolts into the Imperial forces, combining the droid firepower with the Jedi's greater accuracy. Of course, they could skip a step by simply having the Jedi shooting the guns themselves, but whatever. At least this way everyone gets to be involved. 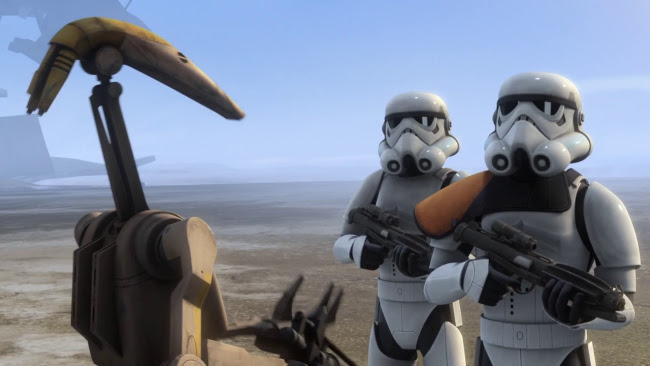 I have to admit, I do find those battle droids pretty amusing. They just can't get any respect. I loved how the stormtroopers just talked right over the group that tries to parley with them.