An Atmosphere with No Land 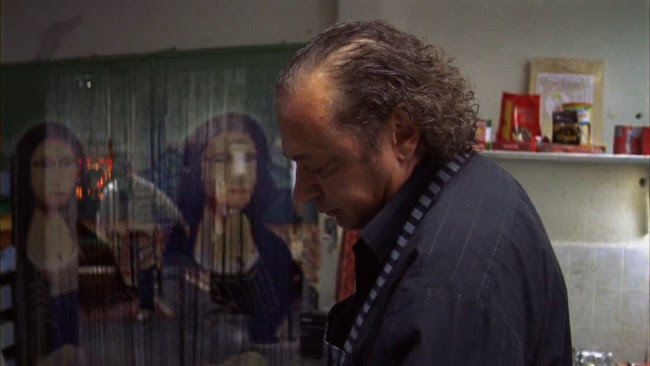 One of the most important methods for maintaining control of other people is to seem like you're in control of other people. Milo, the drug lord from Nicholas Winding Refn's Pusher trilogy, finds his feigned nonchalance is his only remaining tool as things collapse around him in the third film of the trilogy, 2005's Pusher 3. Like the previous two films, it offers an entertaining glimpse into an effectively realised world of street drug trade in Copenhagen, in this case with a particular focus on how power shifts or is protected through the careful subtext in negotiations.

The original 1996 film was part of a 1990s tend in art films to indulge in stylishly unvarnished street gangster culture. The sexiness was wearing off by the time Winding Refn made the second two films of the trilogy and the third film is the least sensational. Milo, again played by Zlatko Burić, the Serbian drug lord who held Frank's fate in the palm of his hand in the first film, still has his restaurant and is the supplier for a new generation of young street pushers, but he's older and seems tired. He doesn't know what to do with a shipment of ecstasy he acquires when he was expecting heroin. 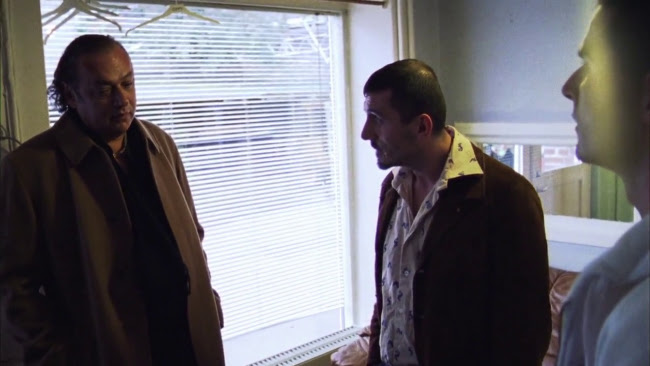 He goes to the Albanian gangsters who'd sent him the shipment and is informed the heroin is on the way and reluctantly Milo says he's going try to sell the ecstasy too. In the previous films, Milo had affected an attitude of paternal friendliness towards Frank and other pushers, offering them food he'd made himself and generally seeming unworried and amiable. This is part of how he maintains his position and one watches him throughout the third film struggling to maintain it. He can't think too long about accepting the ecstasy because he doesn't want people to know he doesn't know much about how to handle the ecstasy. It happens to be his daughter's twenty fifth birthday and he's preparing a huge feast for her and her friends and he has to seem unworried for her benefit as well, not so much because he wants her to have a good time but because she constantly badgers him and he has to seem firm in his decisions. 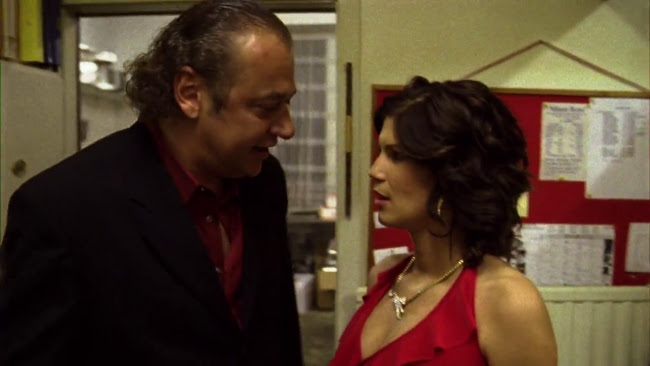 On top of this, he's decided to stop taking drugs himself and is five days clean. The film has a slice of life feel to it in its general tone; the hand held camera style from the first film is back and the music is generally from sources within the scenes. But the film really has a central scene unfolding in Milo's restaurant almost like a stage play. One of the Albanian gangsters, Rexho (Ramadan Hyseni), brings by a Polish pimp to help broker a deal between the pimp and Jeanette (Linse Kessler), a prostitute from the second film, for the sale of a tense, quiet young woman. Jeanette doesn't seem interested because the young woman clearly seems to be there against her will and when we learn it's her birthday, like Milo's daughter who doesn't much seem to appreciate the party he's throwing for her, we wonder if Milo's sympathy for her is going to cause him to do something rash. 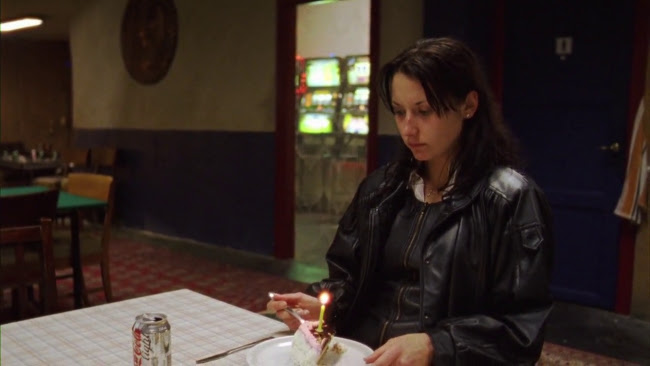 But the story that plays out is subtle and told primarily in the decisions of the actors, particularly Buric. Milo's commitment to not seeming care as Rexho orders him about seems at times precarious and at times so natural as to be involuntary.