The Walking Dead is a Zombie 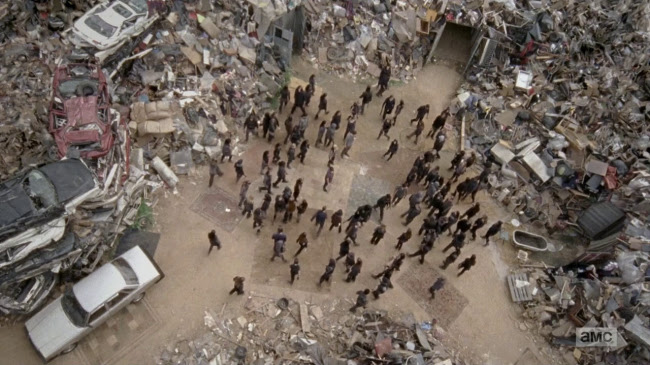 There were some nice moments in last night's new Walking Dead that reminded me of the show it used to be. Sadly, these moments were drowned out by one incredibly unwieldy plot point after another. 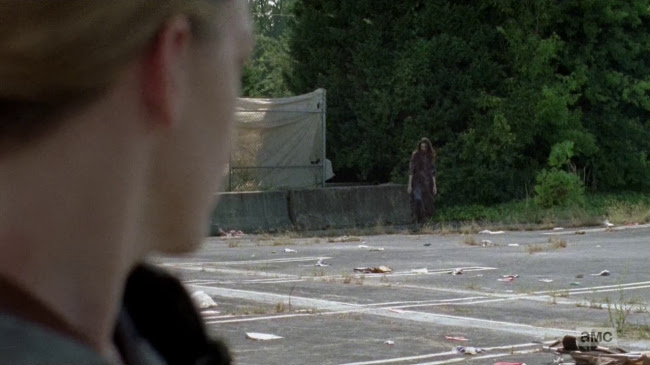 The best moment in the episode is at the very beginning, when one of the Kingdom's soldiers spots a zombie and notes her sister used to have a dress like the one the zombie is wearing. And I thought, this--this is The Walking Dead I know and love. Alas, this was interrupted by another meeting between Ezekiel and some Saviours, who once again fail to kill someone who's a clear problem.

It would have been good for the Kingdom, too, if they'd killed Richard who seems on his way to going full psycho. He briefly enlists Daryl as a co-conspirator but loses him when the one and only plan Richard can come up with is getting Carol attacked by the Saviours. He and Daryl part ways, which is wise on Daryl's part, since Richard's starting to seem like someone who'll get everyone killed who stands by him more than ten minutes. 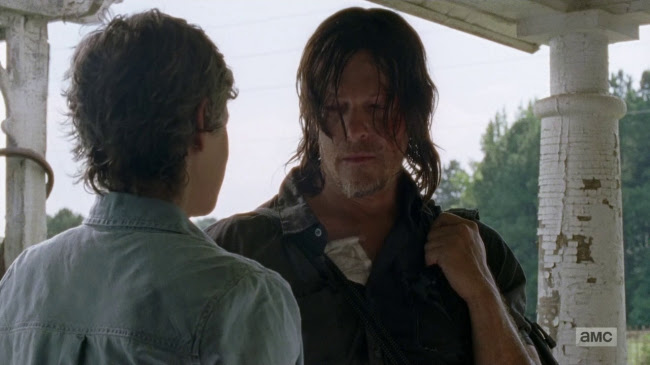 Daryl's reunion with Carol later is pretty sweet and another reminder of the old Walking Dead. Then they ruin it with an incredibly contrived scene where basically Carol says, "By the way, if you tell me some of our friends were killed by the Saviours, I'm going to turn into Darth Carol. So how is everyone?" What can Daryl say to that? Guess this is another thing filed away for the season finale. 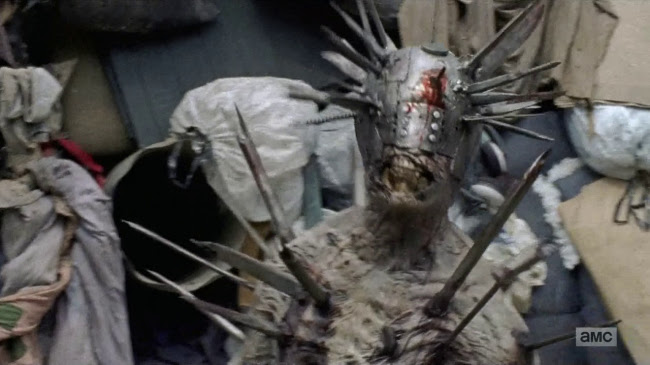 Meanwhile, Rick and company have wandered into a Mad Max film. They find a whole secret society of stone faced people in black clothes living in a massive scrapyard whose leader says things like, "We open cans, sometimes inside's rotten. Time's passed, things are changing, again." How much time has passed for this group to have a whole new dialect? 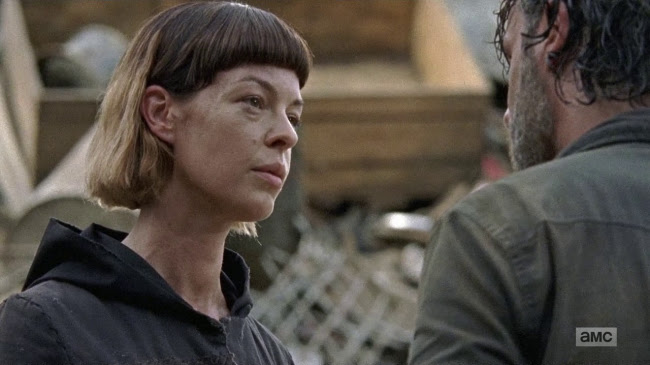 I do feel kind of bad for Channing Powell, who wrote this episode, because I feel like he was handed the responsibility of explaining Gabriel's actions in the previous episode--I could be wrong, maybe this piece of plot was in the comics. Either way, it doesn't make a whole lot of sense . . . Let me see if I have it straight--Gabriel looks at something in his bible while he's on watch, smiles, climbs down from the wall, is accosted by these scrapyard people who for some reason aren't shown to the viewer. They stay off camera as they take him to the pantry and say enough things for Gabriel to gather that they're here because Rick and Aaron took things from the boat Gabriel hasn't seen and they've somehow tracked Rick and Aaron to Alexandria only just now, so Gabriel figures out he needs to write "boat" in the ledger. Then he takes the stuff to the car, all while the scrapyard people are still offscreen until finally one of them pops up in the back seat as he drives away? How hard can it be to write a TV show, guys?