On a Gentle Edge 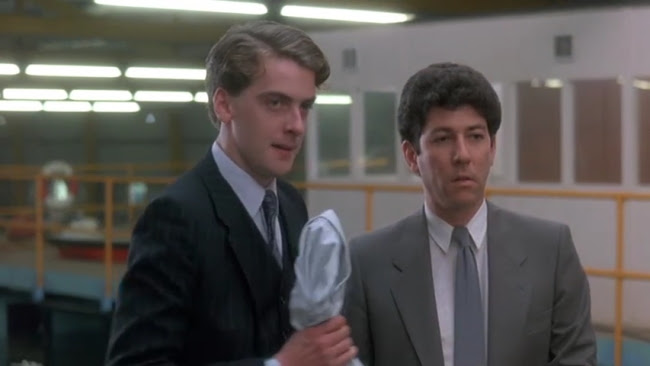 Most of the film is set in a little coastal Scottish village coveted by an American oil company which wants to use the location for a refinery. Mac (Peter Riegert) is sent to negotiate the purchase of the village with its inhabitants. He's accompanied by a young man named Danny (Peter Capaldi) who works for the Scottish arm of the oil company. Nothing much happens when they arrive and mostly they try to figure out who to talk to about what. The closest thing to an authority in the town is Gordon (Denis Lawson) who owns the local inn. Mac and Danny speculate on the great physical relationship between Gordon and his wife, Stella (Jennifer Black), and we see the two indeed take every opportunity to schtupp like crazy. 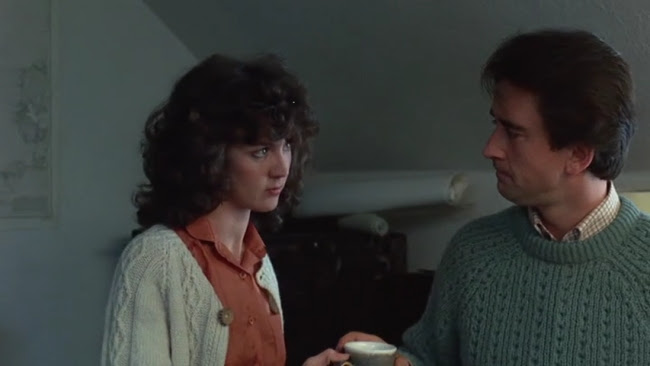 Over the course of the film, a subtle attraction develops between Mac and Stella, something Gordon seems oddly sympathetic with. He, meanwhile, is busy coordinating the other villagers who, far from holding tight to their ancestral home, are eager to get the highest price they can from Mac's company for the sale of the village. 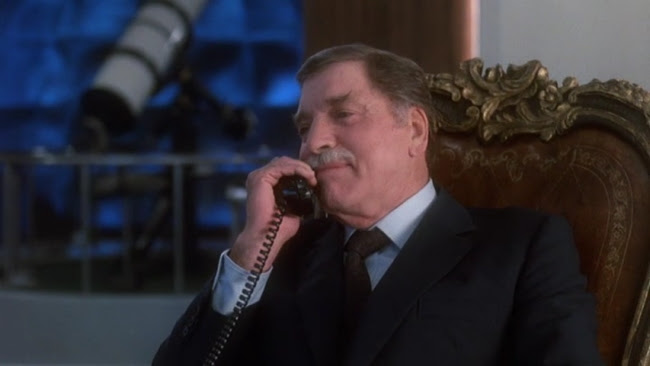 Burt Lancaster has a small role as Mac's boss, more obsessed with astrology and preoccupied with a strangely abusive therapy than the actual oil business. If the movie has a nucleus, though, it's in Danny's budding relationship with a marine research scientist named Marina (Jenny Seagrove). 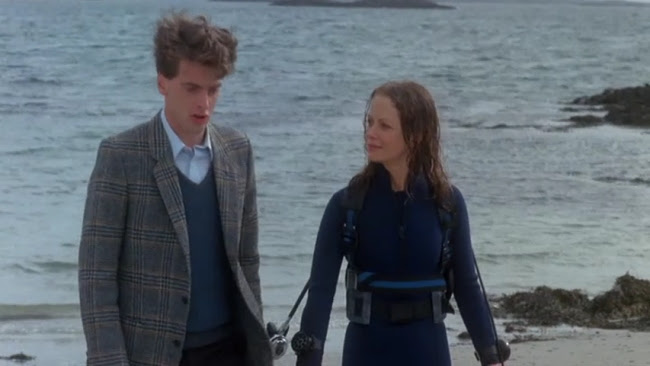 He and Mac meet Marina at a research station in Aberdeen before coming to the village. Afterwards, Danny somehow always encounters her alone and always by the sea. The movie never directly states the possibility that Marina is a sea creature of some kind but it's clear from Danny's face it's what he can't help but imagine. 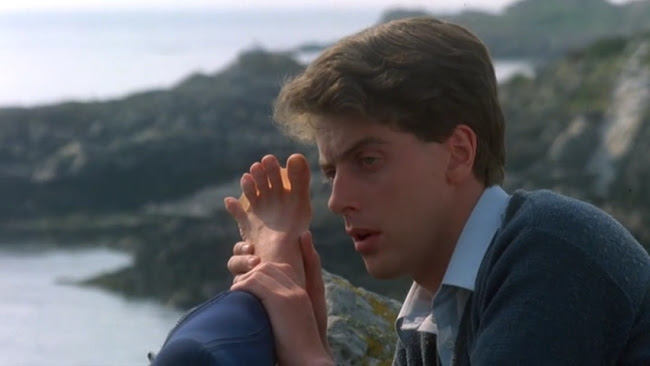 Peter Capaldi is great as a fresh faced young man with a perhaps over-active sexual imagination. But it's lovely how the film lightly teases the line between Danny's imagination and reality, which generally describes the charm of most of the characters in the film.