Laughter is Not Truth 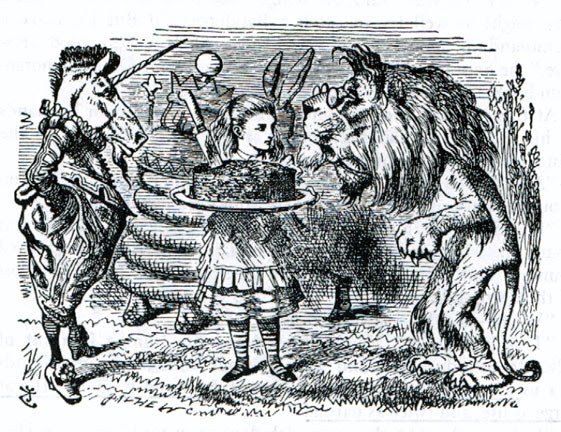 Hey, want to see an asshole hoisted by his own petard? Well, dig this--

Bill Maher: "And also because when people laugh, they know it's true."

Yiannopoulos: "Yeah, of course. Nothing annoys people or amuses people like the truth."

And then, the following week, in response to a video that's been released showing Yiannopoulos joking about priests molesting children:

My experiences as a victim led me to believe I could say anything I wanted to on this subject, no matter how outrageous. But I understand that my usual blend of British sarcasm, provocation and gallows humor might have come across as flippancy, a lack of care for other victims or, worse, "advocacy."

So which is it, Yiannopoulos? Is laughter truth or were your comments about learning to be a good lover from sexual abuse just a joke?

The sentiment Maher and Yiannopoulos shared about the power of humour to shine a light on authoritarians isn't unlike a quote from John Lennon that's been going around:

When it gets down to having to use violence, then you are playing the system’s game. The establishment will irritate you – pull your beard, flick your face – to make you fight. Because once they’ve got you violent, then they know how to handle you. The only thing they don’t know how to handle is non-violence and humour.

To disagree with Maher and Yiannopoulos, I would say people don't laugh because they know something is true but because they truly believe something was true. To quote Oscar Wilde: "It is the spectator, and not life, that art really mirrors." That's why racists laugh at black face performers, because they think what they are seeing truly reflects the nature of black people. Authoritarians don't hate humour, they just like it to reflect the party line.*

To-day, Bill Maher is taking some credit for the downfall of Yiannopoulis. As well he should. Anyone who watched Real Time saw truth indeed--the truth that outside the locker room of Breitbart and his own funk, the organism of Yiannopoulis' supposed wit can't breathe. Which is what anyone who's read his blog with open eyes would know, the kid can't talk about anything but himself and so was totally unprepared to discuss any issues substantively and was forced to resort to calling people idiots and illiterates. It's in this case the tact taken by Larry Wilmore, a panellist on the episode, to tell Yiannopoulos to "fuck off", was quite appropriate. Because, on a show about a discourse of ideas, even one as entertainment oriented as Maher's, the appropriate response to someone like Yiannopoulis, someone who refuses to engage meaningfully, is "fuck off."

It's been said that Maher treated Yiannopoulos too gently, despite the fact that on the show he repeatedly told the kid to "Shut the fuck up," and took Yiannoupolos to task for pointlessly attacking people with his humour rather than using it to expose a truth. He seemed to agree with Yiannopoulos' transphobic opinions, though in the interview to-day Maher claimed to disagree with Yiannopoulos:

When he said that transgender people have a “psychiatric disorder,” do you just move on from that?

Move on? It dominated the entire [online] segment. The other guests attacked him. When I say, “That’s not unreasonable” [to not want to share a bathroom with a transgender person] it’s because women have said that to me: “I want to know,” or “I’m not comfortable with someone in the bathroom, even if they, in their minds, have decided they are a woman.” Doesn’t that opinion count at all?

But you don’t agree that transgender people have a psychiatric disorder.

Apparently Maher hasn't considered the issue as deeply as he should--he hasn't considered it because he doesn't have to, he hasn't lived it, he hasn't had to put with the shit transgender people have had to go through all their lives. That's his privilege. I also tend to disagree with Maher's position on religion though I agree religion can be toxic. But I don't agree that religions are completely ridiculous and ugly as Maher seems to feel they are. I've said this before, remarking on his interview with Stephen Colbert, how Maher didn't even seem to be aware that he was being obnoxious when he dismissed Colbert's Catholics beliefs as a bunch of "silly stories." Colbert is hardly a bloodthirsty mediaeval crusader.

All that being said, I first took an interest in politics as a teenager from watching Bill Maher's show. At a time when the only politics I was interested in would have had to do with the Romulan Neutral Zone or the defence of Osgiliath, I found Maher's Politically Incorrect a fascinating forum where people of different political stripes genuinely seemed to listen to each other, moreso than on the news network programmes like Crossfire where human beings just spouted prepared statements at each other. I think there is something potent in the mixture of comedians and politicians on Maher's shows. And it's a kind of discourse Yiannoupolos pushes against. To go back to the subject of humour, this was another illuminating exchange between him and Maher:

Yiannopoulos: "The Democrats are the part of Lena Dunham. These people are mental. Hideous people. The more America sees of Lena Dunham the fewer the votes the Democrat party is ever going--"

Yiannopoulos: "Was I not supposed to do that? They didn't brief me--"

Yiannopoulos: "Well, she is awful--"

Maher: "Because we don't brief here, because it is free speech."

Obviously Maher was joking when he implied Yiannopoulos shouldn't joke about Dunham because she was a fellow HBO star, and Yiannopoulos seems to understand at first before acting like he really believes Maher's show must conform to certain studio edicts about targets for its humour. This is classic troll behaviour, to deliberately misinterpret a joke from someone else. As Yiannopoulos himself says earlier in the interview, laughter brings people together, so deliberately misinterpreting a joke to insult the teller is a fundamentally divisive act.

Donald Trump is also an internet troll which is why it's important not to ignore troll culture in the U.S. Trolls are his constituents and ignoring them, not seeing their bullshit for what it is, is to give them breathing room. Troll humour is the opposite of punk humour--while punk humour is abrasive irony from the perspective of the disenfranchised, troll humour is abrasive irony from the perspective of the privileged, it is the humour of "let them eat cake." Punk takes guts because it's directed at people more powerful than you; trolling is commonplace cowardice. You don't deliberately misinterpret a border patrol agent when you're crossing from Mexico into the U.S. You can't afford to. A troll knows he can troll because he has that privilege. Troll humour is the authoritarian revelling in his victory. Don't give it to him.

I cannot praise a fugitive and cloister'd vertue, unexercis'd & unbreath'd, that never sallies out and sees her adversary, but slinks out of the race, where that immortall garland is to be run for, not without dust and heat. Assuredly we bring not innocence into the world, we bring impurity much rather: that which purifies us is triall, and triall is by what is contrary. -John Milton, from Areopagitica

*That's why Putin endorsed the farce Burnt by the Sun 2 turned into--incidentally, those mocking Trump using Soviet imagery should be told that Putin hates Stalin and the Soviet Union.

Posted by Setsuled at 7:20 PM
Email ThisBlogThis!Share to TwitterShare to FacebookShare to Pinterest