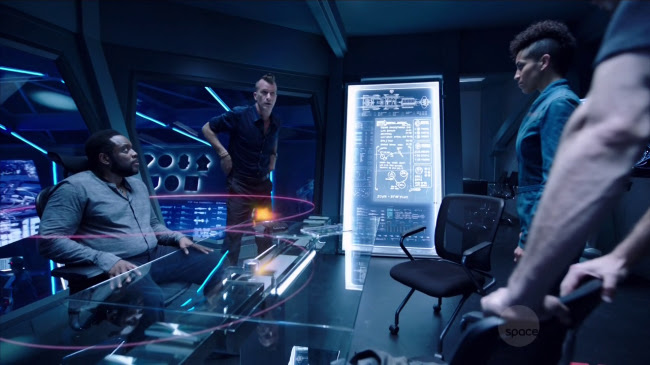 Another good episode of The Expanse. The ending of last night's new episode, "Godspeed", was built up to with the increasingly urgent, old fashioned question, "How's he gonna get out of this one?" in the best possible way and then it was answered in a very nice way. 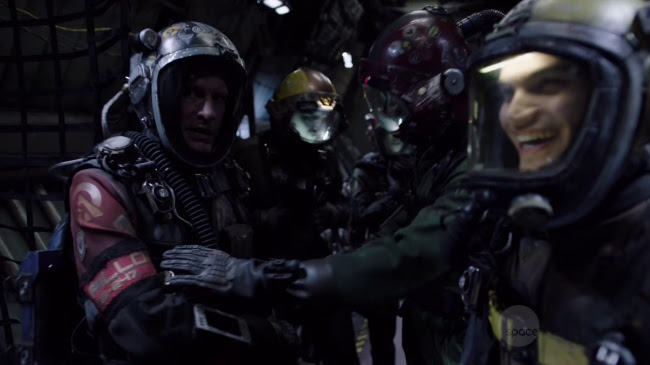 I'm continuing to enjoy the rapport between Miller (Thomas Jane) and the kid, Diogo (Andrew Rotilio). At first I didn't feel optimistic about the pairing, bringing in an unrelated character from season one who just happens to run into Miller, but I like the way every time Miller makes a mistake, like forgetting to put on his mask or dropping a detonator, it only serves somehow to make him seem more experienced than Diogo. It's again, largely in Thomas Jane's performance. 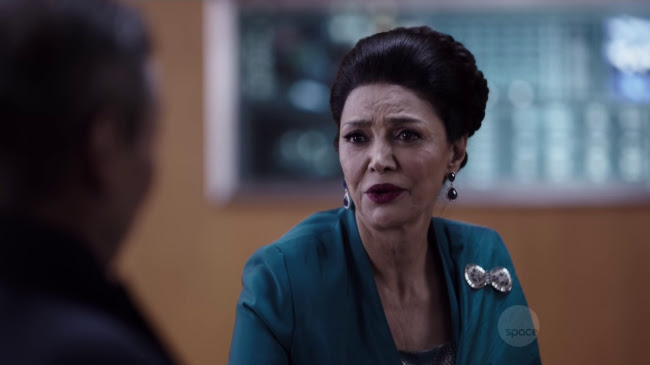 As what looked like Miller's doom was impending, I didn't just think, "How's he gonna get out of this one?" I also thought, "The show's not going to be half as good if they seriously mean to kill him." But I don't know, I think I'd have kept watching. The scenes of political manoeuvring between Avasarala (Shohreh Aghdashloo) and Mao (Francois Chau) were good. I like the story about her exchanging info with Fred Johnson (Chad L. Coleman) while having to condemn him on television. The show is good at showing how messy things can get, the best example from last night being Holden having to shoot down that ship of good Samaritans who sound like they were pretty much like him last season. 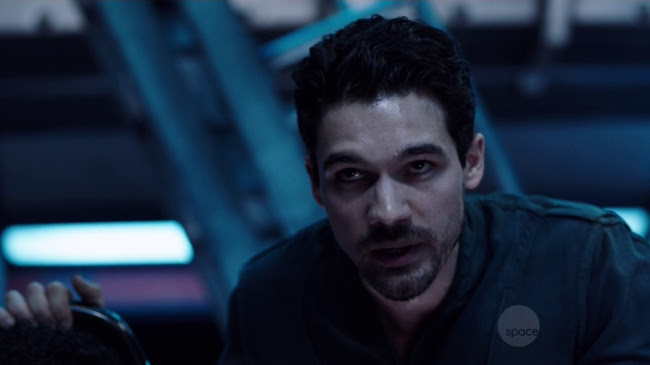 This of course puts Holden right in the same ballpark as Miller and Amos. This is the kind of question Walking Dead used to explore a lot, how to deal with a situation that requires you to kill another human being and the constant uncertainty about whether it had to be done.

But The Expanse is definitely better at a climax than Walking Dead is now. 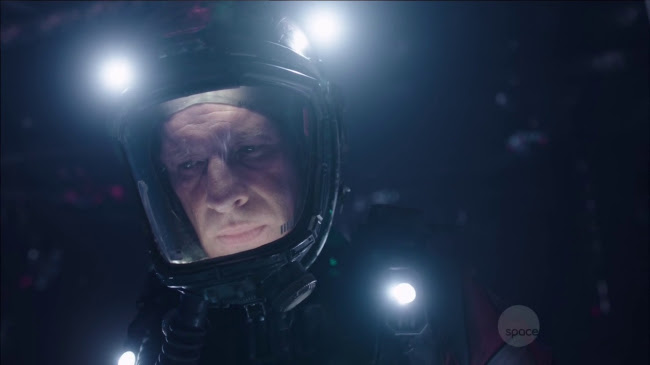 I kind of knew Miller wouldn't die because he's the star of he show. But unlike the completely nonsensical decision from Negan not to kill Rick, which was basically because the writers couldn't kill off the star, we could see how Miller's escape was built up to throughout this episode and the ones previous. Now I guess they have a living asteroid to deal with. I wonder if Julie Mao lives in Miller's dreams like Merlin in John Boorman's Excalibur.

Posted by Setsuled at 6:32 PM
Email ThisBlogThis!Share to TwitterShare to FacebookShare to Pinterest