Ella Muggins versus the Axis 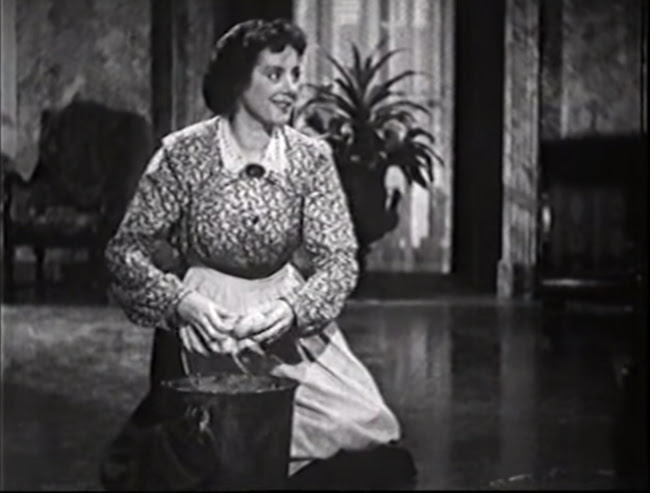 Sometimes you just have to roll up your sleeves, grab your bucket, and go assassinate Hitler yourself. That's what cleaning woman Ella Muggins decides to do in 1944's Passport to Destiny when she finds her dead husband's magic amulet in the attic. The only lead role for Elsa Lanchester in her entire career, I've been wanting to see this movie for years and I discovered a few days ago someone had uploaded it to YouTube in 2014. It did not disappoint. You may want to watch it before YouTube's recent wave of cracking down on even the flimsiest copyright claims gets around to this propaganda film from the 1940s that's just over an hour long:

Ella (Lanchester) has just finished telling her friends about her husband's wild story about a magic amulet he acquired in India, that protects the bearer from harm, when she finds this "magic eye" herself in the attic. It's not long before she miraculously survives an air raid and she's convinced the thing really works. After that, the logical thing to her mind is to head straight for Berlin, give Adolf a piece of her mind, and then blow his brains out. 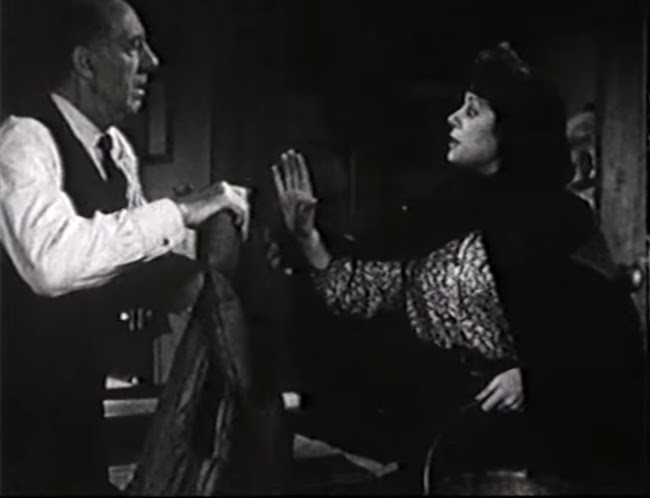 And it sure does seem like something supernatural is pulling the strings when she's able to walk right on board a British navy vessel without anyone noticing. After that, she makes her way to Berlin working as a cleaning woman since of course she thought to bring along her trusty bucket and brush. Getting a job at Nazi headquarters, passing herself off as deaf, she's ready to "give that bloomin' Mr. Hitler what for." 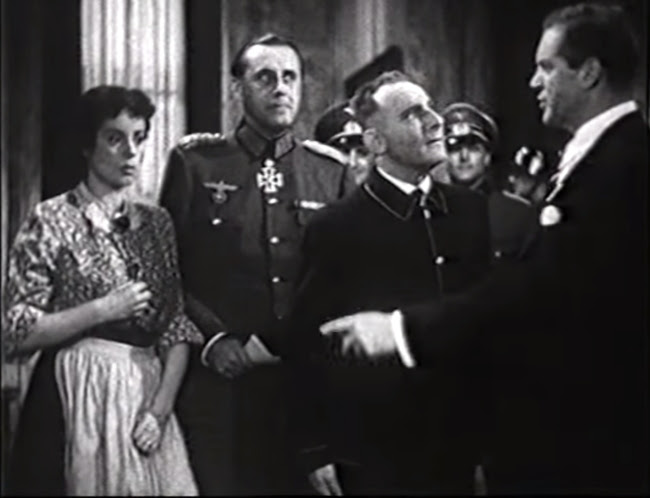 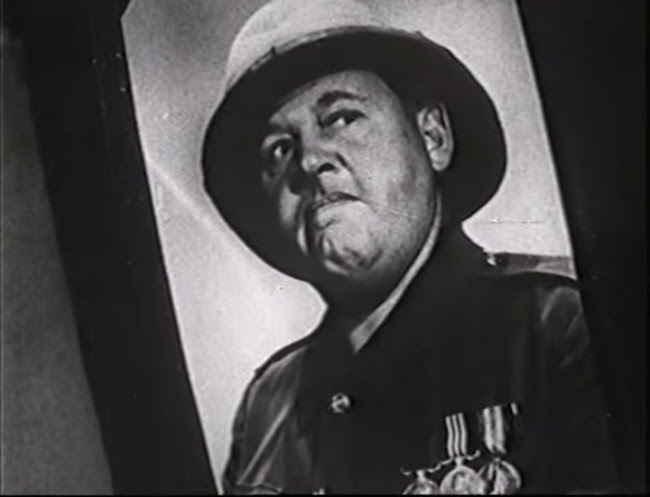 The movie and Ella get a little sidetracked when she helps a member of a German underground resistance rescue his wife from a concentration camp. The pair are pretty dull, B-movie pair of lovers but the introduction of these serious concepts helps underline the understated, giddy absurdity of the whole film.

The shape of something like a hare emerged.
A city stuck in globes repeated often.
Contrary frosting spills on cakes unpurged.
The ice'll tip before it can soften.
A sorry shadow play presents nightmares.
The tightened wire scrapes the bastard eyes.
Stiletto thoughts appear like thin sun flares.
A million ghosts accrue a million tries.
A walking feather duster turns to stone.
A marble presence wakes the painted souls.
Beneath a copper slab they crushed its home.
But still its azure eye ignites the coals.
The cold and sweaty wax lips held the gut.
A spoiled syrup smears red glass doors shut.