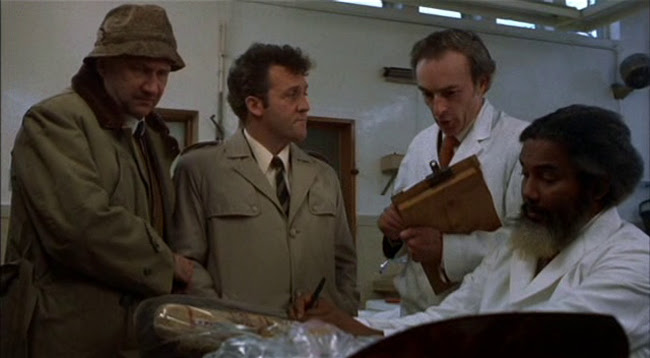 A secret society of mindless cannibals may exist in the London Underground at the same time as there's an endearingly eccentric but not especially effective police inspector in the city. 1972's Death Line, a.k.a. Raw Meat, establishes this, among a few other things, without any significant correlation. Despite the strangely unfocused quality to the film's plot and the substantial implausibility of its premise it's pretty entertaining and unsettling. 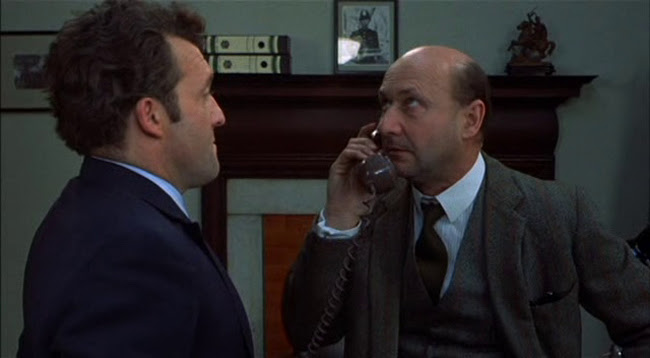 Donald Pleasence gives a surprising and absolutely delightful performance as Inspector Calhoun, irritably wondering why the tea at the station is steeped in bags while he seems to take in the facts of a case only out of the corner of his eye. But there's a method to his perhaps feigned distraction, evident when he interviews Alex (David Ladd), an American who spotted a Member of Parliament in a tube station, unconscious, before said MP vanished. 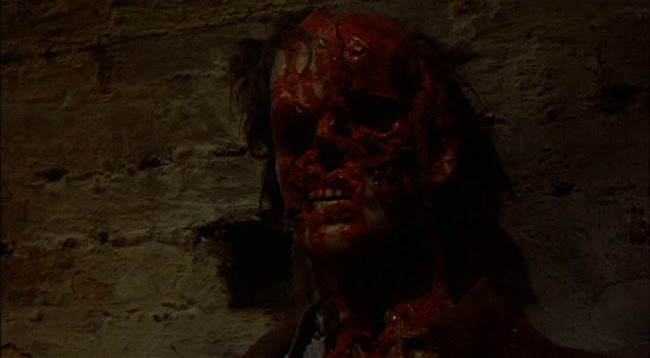 A scene where Calhoun is put off his lunch a bit by a description of bloody details is followed immediately by our first glimpse of the cannibal larder, somewhere in a forgotten part of the Underground. Clive Swift plays Inspector Richardson, the only one who seems to pay absolutely no mind to Calhoun's nuttiness, appearing only twice in the film to explain a Victorian railway construction accident that buried men and women alive. 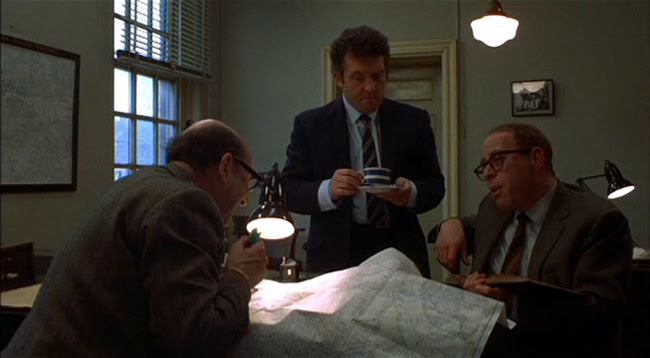 Would you believe that a community of Victorian labourers, who fed off each other to survive and somehow lost the power of speech, augmenting their diets by picking off commuters from tube stations, would go unnoticed for seventy or so years? Yeah, neither would I. But Hugh Armstrong doesn't let it stop him from giving a disturbing and sad performance as the last surviving cannibal who can only mumble something that sounds like, "Mind the doors," over and over. 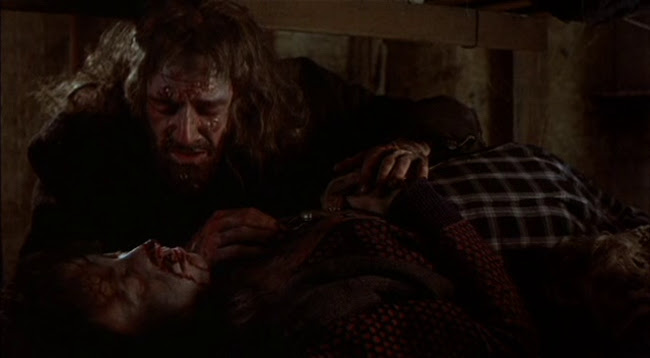 The first scene shows the MP (James Cossins) perusing some pornography before soliciting a prostitute and then getting attacked. There seems to be a broad statement here about the human compulsion to physically exploit other human beings but the movie never takes this any further. Sharon Gurney plays the American's girlfriend--I was hoping he would die first. She breaks up with him at one point because he was so callous about the unconscious man they'd come across but they get back together a few scenes later, leaving me to wonder what the point was of showing them break up in the first place. A similarly pointless scene has Calhoun and Detective Sergeant Rogers (Norman Rossington) getting drunk at a pub and trying to stay past closing time. But that scene was at least entertaining and that's all the point I really need. 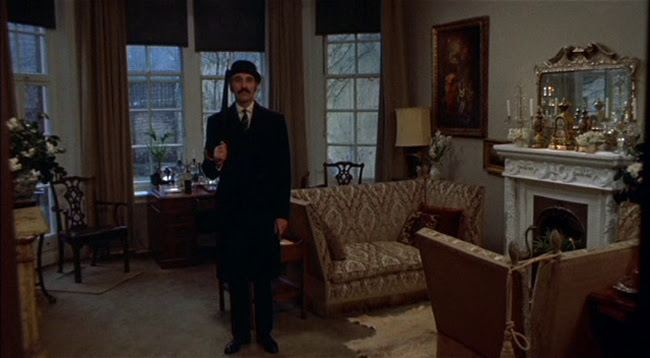 Christopher Lee also graces the film with his presence for one scene as an MI5 agent. It was nice to see him but he was also another thing that didn't seem to have a whole lot to do with anything else.

Investments root in clanging pans and pots.
A singing line delivers laundry east.
We all stand by while teeth from candy rots.
To find a cure we dream a pasta beast.
Fatigue awakens salamanders soon.
A liquid flame conducts the aisle seat.
Collected charcoal forms the usher's doom.
No Duke or King informed us how to eat.
Serene, a voyage ends in hems too long.
A buzzing fortune fell afoul of soap.
Forgiveness never caved to tempting song.
Eternal springs a temporary hope.
A fog delayed in banks of sound was seen.
And yet I hold the old auspicious bean.

Posted by Setsuled at 7:11 PM
Email ThisBlogThis!Share to TwitterShare to FacebookShare to Pinterest