This Chiss is No Chump 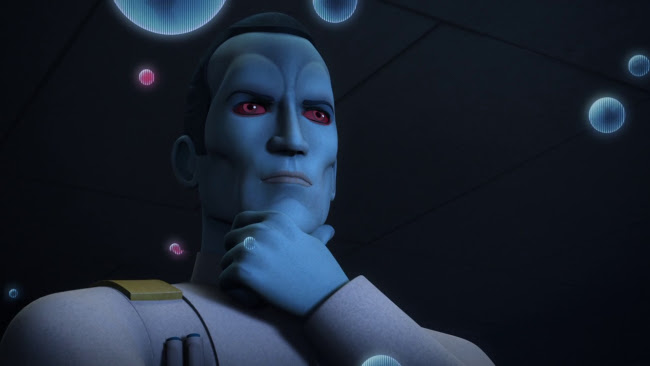 "Through Imperial Eyes", last night's new episode of Star Wars Rebels, was a massive improvement over the previous week's episode and one of the best written episodes of the series. Although I was able to predict some of the things that happened in the episode, writers Nicole Duboc and Henry Gilroy have put together a story of intrigue and espionage full of suspense and characters who don't seem unreasonably stupid. 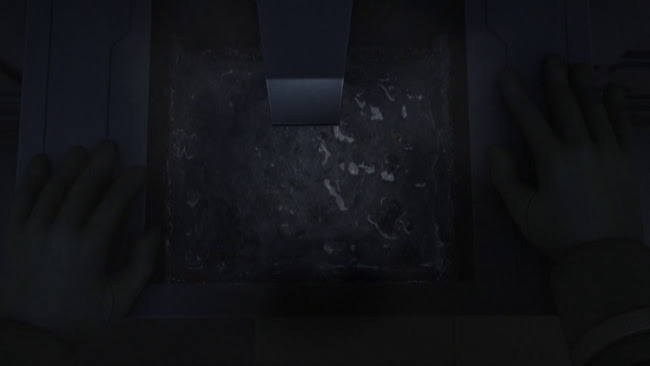 I was worried the whole episode would be through first person perspective after the opening scene with Agent Kallus (David Oyelowo) answering the door and looking into a mirror. Although it's an interesting moment, I'm glad the story moves quickly away from this into more standard story telling techniques to the point of view with Kallus for most of the episode. Those who've seen Lady in the Lake and Doom know how quickly first person in cinema can wear out its welcome, Russian Ark notwithstanding. 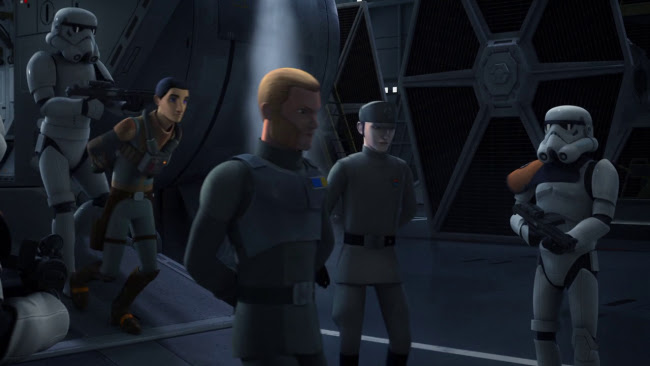 I loved Kallus using Lyste (Liam O'Brien) to misdirect suspicions, especially because I was anticipating the whole time that Thrawn (Lars Mikkelsen) was going to see through it. I knew it was going to help establish Thrawn as especially perceptive and intelligent. Too often I've seen stories, in this show and others, where characters are to be taken as formidable just because we're told they are. Actually showing Thrawn being effective diminishes the problem with the too frequent Rebel victories seen on the show. 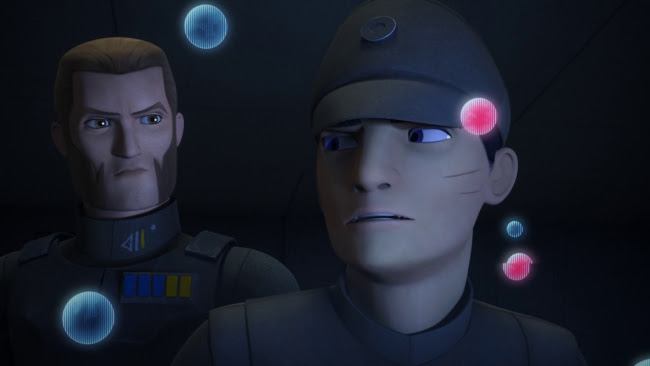 I'm also hoping that it turns out Ezra (Taylor Gray) erasing the Rebel Base from the list of potential locations on Thrawn's chart ends up being the thing that leads Thrawn to the Rebel Base when the map doesn't match up with Thrawn's precise memory. Oh, that would be wonderful. If some Rebels producer or writer is reading this and thinking, "Oh, we can't do that now because someone predicted it," please, please do it anyway. I don't care if I see it coming, it's going to be fantastic. My schadenfreude is perfectly attuned to Ezra's pain, I hate him so much. 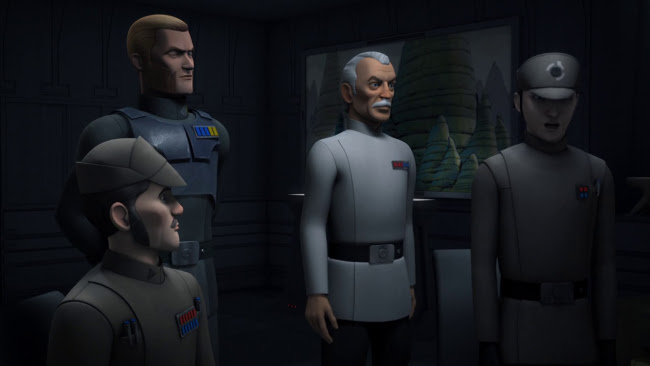 It was also cool to see the return of Yularen, voiced as he was on Clone Wars by Tom Kane. I didn't even realise the character is based on someone in the background in Episode IV until I googled it just now. But in any case his presence provides a nice continuity between the Republic and Imperial navies.

Posted by Setsuled at 6:59 PM
Email ThisBlogThis!Share to TwitterShare to FacebookShare to Pinterest