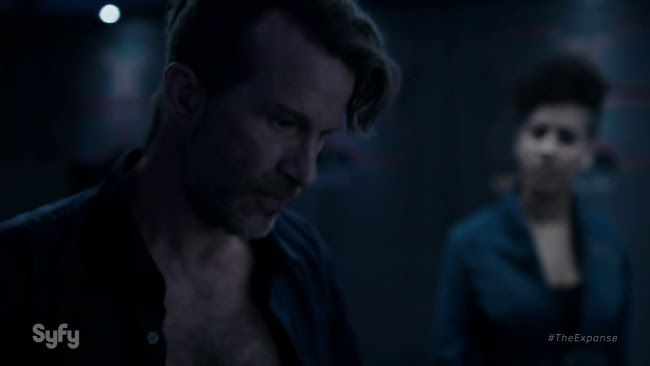 I got around to watching the second season premiere of The Expanse last night, the show that in its first season was an exciting, inventively written space opera with a fascinating attention to real science. The premiere of the new season is something of a deflation from the high emotional pitch of the first season's finale and bore a striking resemblance to the Star Wars prequels, though I don't consider that in itself a negative thing. Mainly I enjoyed Thomas Jane's voracious scenery chewing. 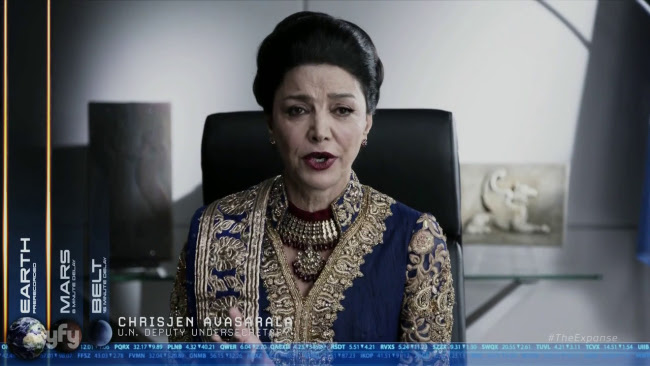 Shohreh Aghdashloo is back as UN Assistant Undersecretary Chrisjen Avasarala, fresh from playing essentially the same role in the latest Star Trek film, which contributes to the feeling that present day Star Trek is struggling to catch up with other space operas of to-day. But she's introduced in the second season of The Expanse with a scene that resembles one from the beginning of Attack of the Clones where Padme Amidala's ship is destroyed on its landing pad. Like Padme, Chrisjen narrowly escapes and like the Star Wars film the scene is designed as a visceral shock to draw us into the relatively dry political discourse that follows. 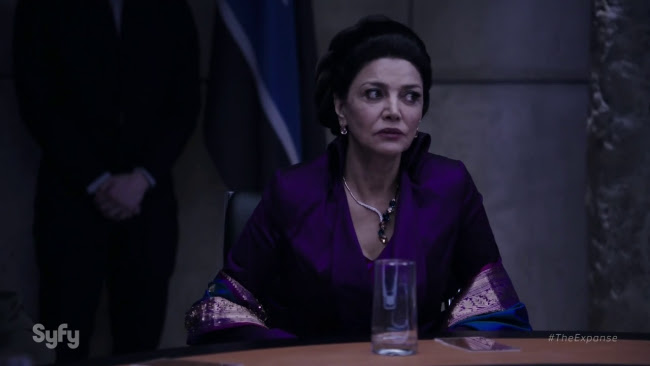 I love Aghdashloo's costumes. Everyone around her is in variations of black suits and military uniforms while she looks like royalty.

I wondered how the writers would handle Thomas Jane's character, Miller, being on the Rocinante. Without his normal location and his quest to find Julie Mao, he was in danger of becoming a fifth wheel and Jane's acting style is so different from the plain line deliveries of everyone else on the ship he really feels odd. But it was a welcome break from the episode that largely consisted of exposition. I loved his hand gestures and decision to trail off on certain lines, his eyes always wandering around his environment. 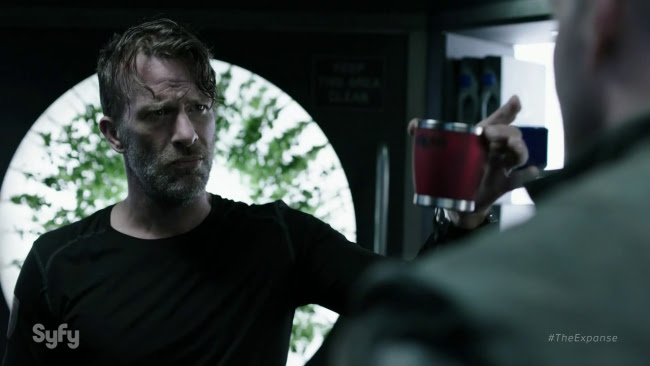 I enjoyed all the scenes on space stations and I liked that I was able to spot new details in the backgrounds when I took screenshots. The show does a very good job of creating a feeling of a complex society despite its limited colour palette. 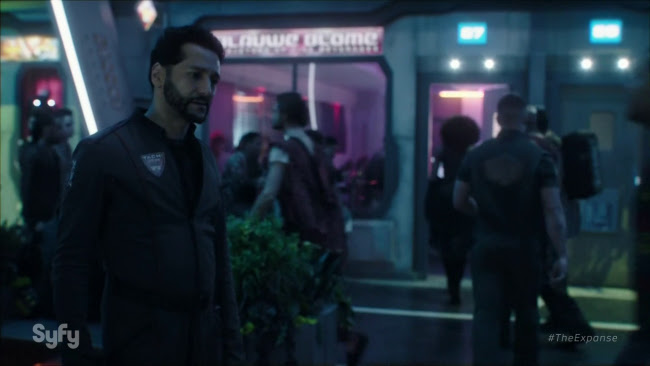 I've always wanted to live on a space station. This one doesn't look quite as cool as Deep Space Nine but I'd take it.

The new Martian soldier characters were cool, it's nice that we get the perspective from the Martian side, though I wish they'd cast actors who seemed more like soldiers and less like a retail sales team. I wonder if Jenette Goldstein is busy. 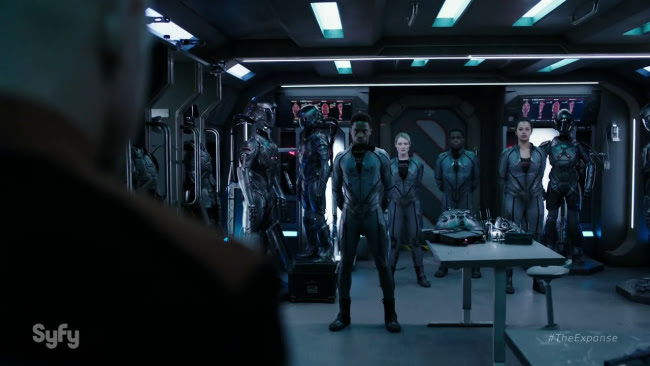 A slowly winding clock begins to rust.
The clouds were shaped like tanks in decade eyes.
At hand, the spite that crushed the marble bust.
A singer cold and thin unwrapped the skies.
A daisy's dragged in purple wake of pond.
Misplaced, a lazy summer thought intrudes.
With burns like cigarettes the suns'll bond.
It's ev'ry joint the jelly life excludes.
The cook's old pot is burned with eggs and souls.
His butterfingers supernatural.
A mind begins an absent dance for trolls.
And shrinking queue encumbered seneschal.
In space, the bars are easier to clean.
In stations ads are sexy as a dream.