The Mandalorians Play in the Snow 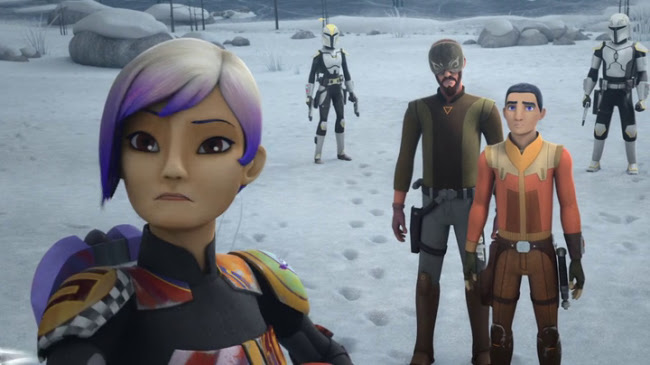 I finally figured out the reason Sabine on Star Wars Rebels looks like she's made of yellow Play-Doh is that she's supposed to be Asian. Thanks to yesterday's entertaining new episode we've been introduced to the rest of her family who look more actually Asian than like a jaundiced mummy. Now I've realised someone who works on the show made a sad mistake with Sabine's original design.

So, yes, Rebels is finally back after being inexplicably gone for a few weeks. "Legacy of Mandalore" featured only a few interruptions from Ezra's grating fucking whiny voice and mostly focused on Sabine's family and their place in Mandalorian/Imperial politics. 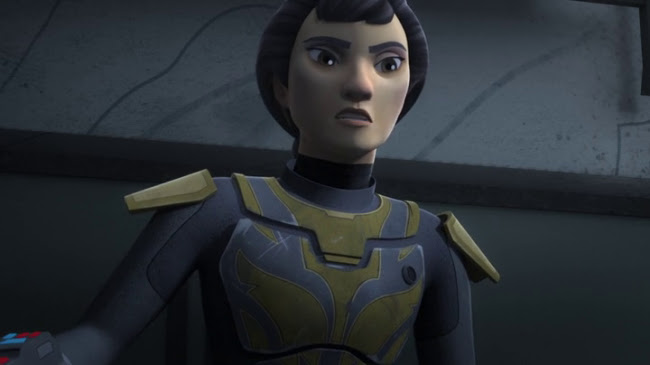 It really felt like a story that should have stretched over a few episodes. It seemed like the conflict for Sabine's brother between serving the Empire and serving his family could have been drawn out more--establishing a relationship between him and Saxon (who I keep expecting to look like John Saxon) would have been nice. 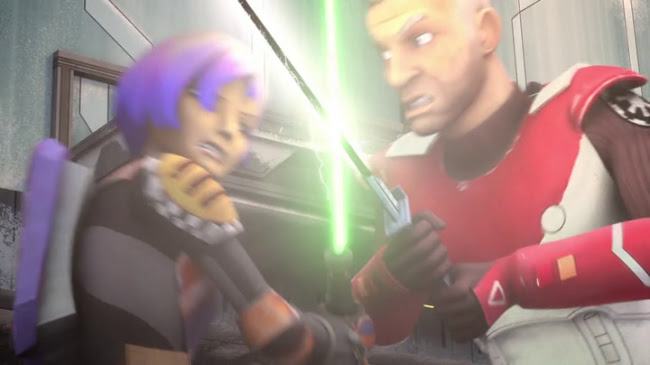 The highlight of the episode was the sabre battle between Sabine and Saxon though I'm not clear on why Ezra passed her the sabre instead of fighting Saxon himself. The climax, where Sabine had both sabres on Saxon's neck, was an unexpected reference to Anakin's crucial moment with Dooku in Revenge of the Sith. It might have meant more if we had the impression Sabine had been on a similar path to Anakin--it might have meant more if it were Ezra's moment, for example--but good for her for not turning to the Dark Side, I guess. Though I don't think turning away from the Dark Side obligated her to turn her back on an opponent who said he'd rather die than yield. I can tolerate some stupid writing but that was definitely a bridge too far for me. 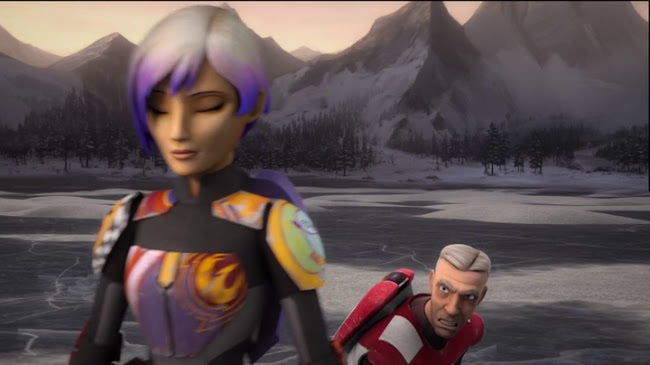 It was a nice looking episode, though. I like the snow and conifers. I wonder if this is really the last we've seen of Sabine. I would have hoped they'd have killed off Ezra and Kanan before taking her off the show.