Becoming You or Yuu 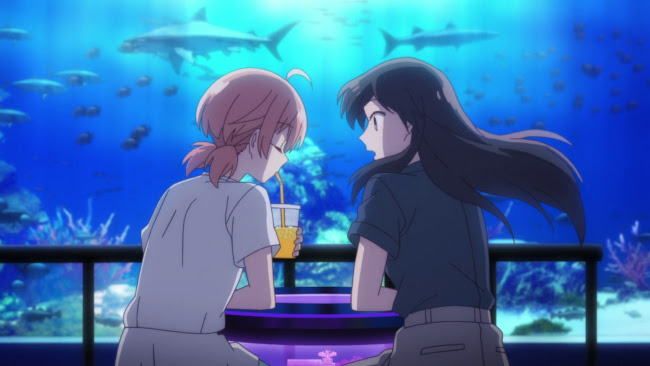 To-day brought the final episode of the yuri anime series Yagate kimi ni naru (やがて君になる) (aka Bloom into You), a show that started strong and didn't end badly though there was a marked decrease in quality as the series progressed. Mostly in terms of animation but also in terms of backgrounds; the studio, Troyca, clearly seems to have been suffering from some budget issues. But I was still happy to stick around for the ending of this story of two girls and their difficulties defining their relationship. Though by four or five episodes into the thirteen episode series it became clear more of the focus was going to be on one of the girls, Touko, and her struggle to define her own identity. 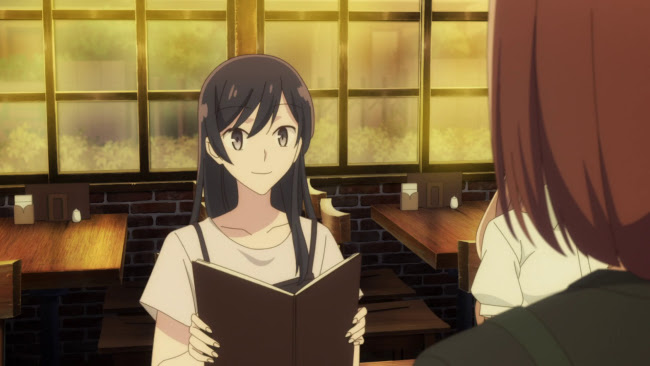 Most of the show's characters are members of the student council and the series began through the perspective of transfer student, Yuu (Hisako Kanemoto), joining the council. Yuu's troubled by her inability to fall in love with people and she thinks she finds a sympathetic ear for this problem in the student council president, the beautiful, popular, and aloof Touko (Minako Kotobuki). But then Touko confesses her love for Yuu. 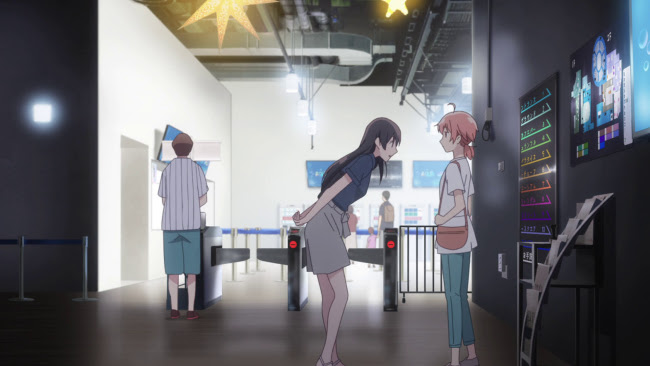 In the first few episodes, Yuu and Touko's relationship is established as one where Yuu kindly allows Touko to indulge in her passion for Yuu under the understanding that Yuu will never return the affections. They go on dates, lie in bed together, hold hands, and even kiss. There's a sense Yuu develops a kind of affection for Touko but she still doesn't understand why Touko is so comfortable using the word "love"*.

Yuu seems to feel a certain responsibility for Touko as she gets to know the student council leader better than anyone else and comes to appreciate some of her anxieties which are hidden from everyone by Touko's carefully maintained persona. We learn Touko had an elder sister who died years ago and that Touko has spent her time in high school trying to become more like her deceased sister in an attempt to honour her memory. 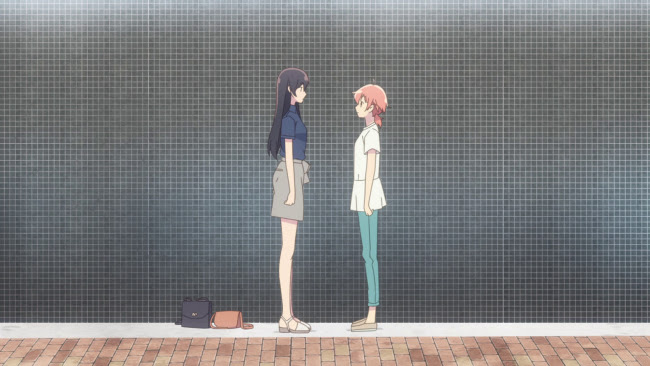 Touko decides she'll resurrect a tradition last observed by the student council when her sister was president and proposes that the group write and perform a play. A cute supporting character, Kanou (Konomi Kohara), who's obsessed with nudibranchs, writes the play which centres on a character who has eerie similarities to Touko. 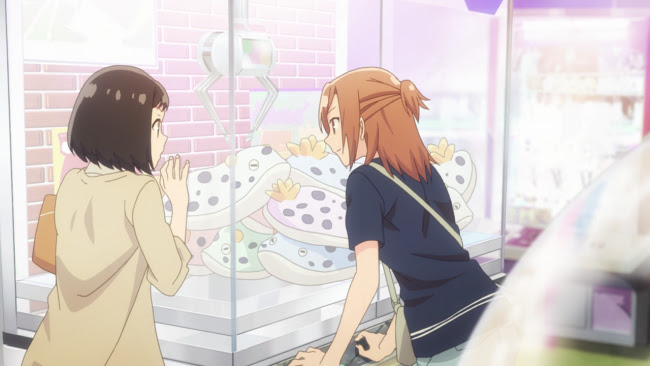 The latter portion of the series follows the characters as they work on the play and Touko's anxiety as she finds playing the lead role forces her to ask questions about herself. The tone of the series stays relatively low key for a romantic anime series, something I really liked, though maybe it's not surprising considering the show began with Yuu complaining about how over the top manga can be. I wish more time had been spent contrasting Touko's different personae but there is a sweetness in scenes where Yuu allows Touko to be vulnerable when they're alone together, even as the show nicely leaves some ambiguity as to whether Touko is simply using the context of a romantic relationship to indulge in repressed feelings. Either way, it becomes clear the two are very healthy for each other especially as Yuu grows more comfortable in the idea that what she has and wants aren't necessarily fireworks. 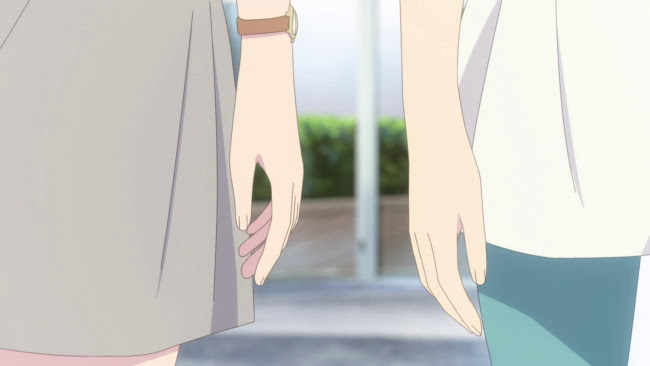 The final episode certainly would've benefited from a bigger animation budget, particularly a scene where the two girls are splashed by a dolphin at a theme park called Aqua World. The moment is shown entirely in stills. I wonder if there'll be additional animation in the blu-ray.

*Actually "好き" or "suki" which means "like" but this is a term with more sensitive cultural meaning in Japan when used between two people so it's translated in this case as "love".

Posted by Setsuled at 11:27 AM
Email ThisBlogThis!Share to TwitterShare to FacebookShare to Pinterest
Labels: anime, television, tv show, yuri