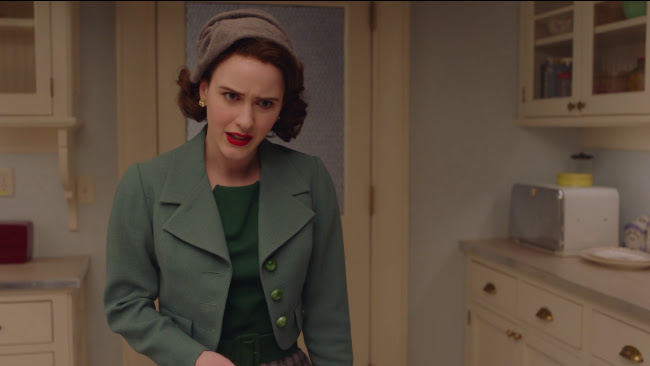 I'm three episodes in on the new season of The Marvellous Mrs. Maisel. Every episode is like a slice of cake. The pitch perfect snappy dialogue from Amy Sherman Palladino and the wardrobe are so sweet, both coming through as a loving rendition of mid-century films I really dig. The wardrobe was never this perfect in real life, of course, but who needs real life? 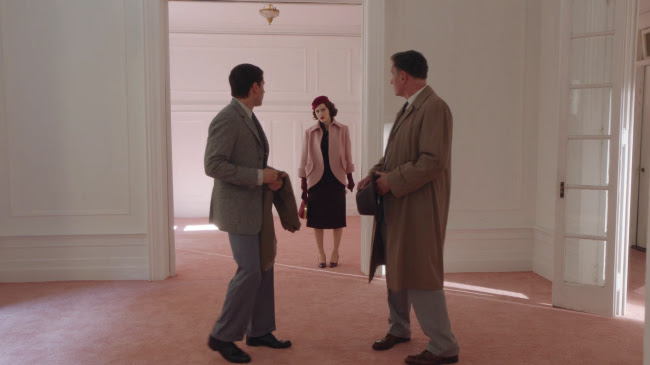 Burgundy seems to be Midge's (Rachel Brosnahan) favourite colour again but there's more to her wardrobe than that, all contributing to an overall look that's simultaneously intensely girly and sharp as fuck. I like this intensely pink outfit she wears when she gets to Paris: 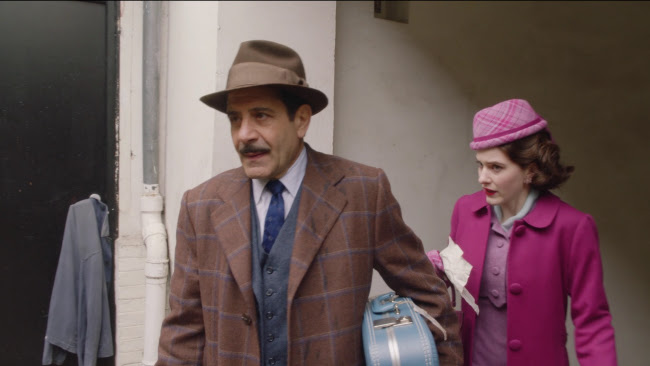 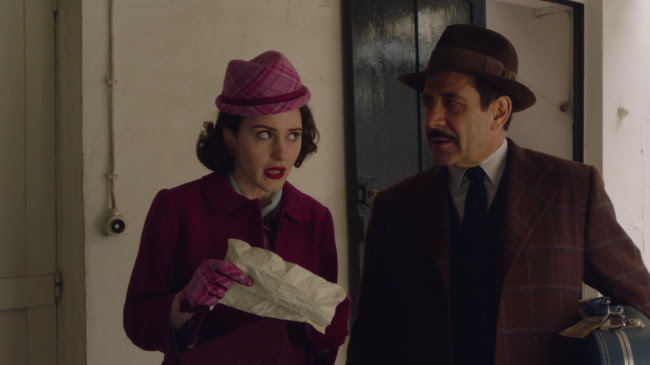 They remind me of Grace Kelly's gloves in To Catch a Thief. Donna Zakowska, the main costume designer, is nowhere near as bold as Edith Head, Hitchcock's costume designer, but the perfectly pleasant combinations are delicious. The men's wardrobe is less exciting. Joel (Michael Zegen) has this nice enough blue and cream outfit until he puts a grey coat on it which somehow makes it all so plain. 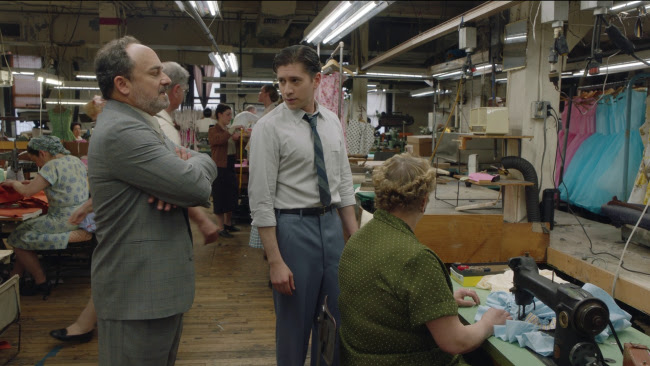 Kevin Pollak looks good except very 2000s. The tie that blends quietly with the shirt seems much more this century.

Tony Shalhoub generally gets some disappointing blue and brown combos but I was impressed by this double breasted leather jacket he wears when he's trying out being Parisian: 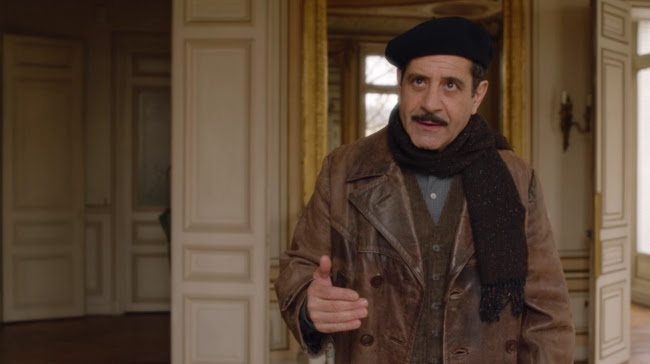 It's the women who get the really nice clothes, though. Even Susie has something kind of perfect about her. I love how she rolls her pant cuffs like Marlon Brando in The Wild One; 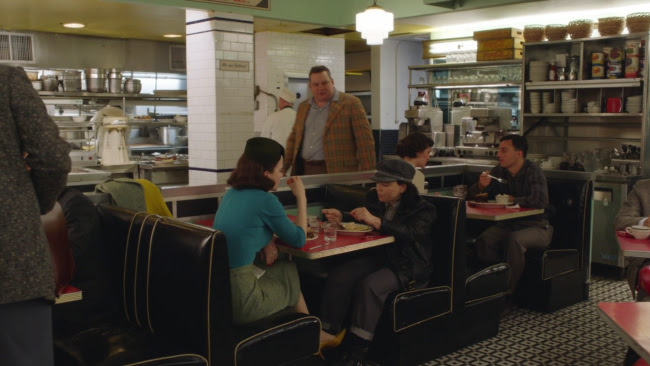 This diner scene made me really hungry for french fries. Also the subtle sea scheme of Midge's blue and green outfit is a nice change for her: 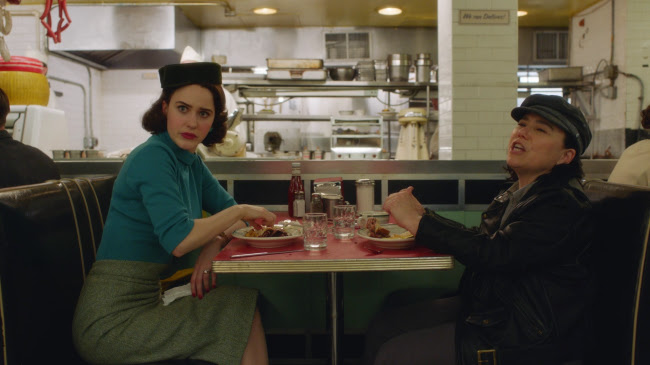 The sets and locations are lovely too. I wish department stores still looked like the one Midge works at and that wedding was like a beautiful animated wedding cake. I felt so bad for her when she automatically went into stand up comic mode and ruined everything. She has both impeccable taste and then suddenly terrible taste. I can relate.