The Important Life Of 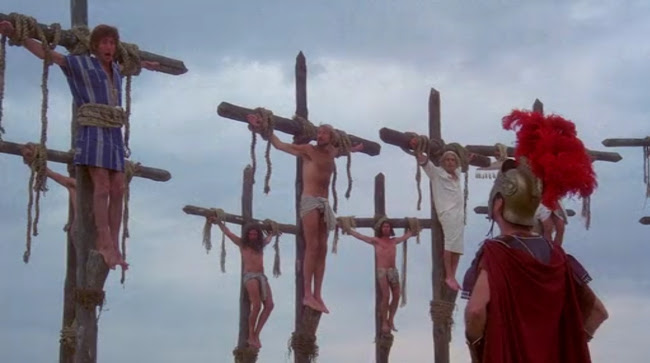 Monty Python's Life of Brian is easily one of the most brilliant movies ever made. And it's on NetFlix now, you should watch it. I did. I've seen it lots of times, of course, but not recently. In spite of being my favourite Monty Python movie, I've never owned it on DVD or Blu-Ray. I bought Holy Grail and Meaning of Life on occasions when I was specifically in the mood for those movies, and had been meaning to get the Criterion release of Brian, but somehow or another never did. Then NetFlix made it impossible to refuse and I finally saw it again after I don't know how many years. The years have not diminished it, in fact many have commented on how it seems to have a new life in the context of modern times. This is, of course, a sign of the movie's brilliance, that its ideas continue to resonate.

Some say it's gone from being a movie that pissed off conservatives to a being a movie that pisses off liberals but the truth is it's always pissed off everyone, really. Or anyway, its offensiveness has never been limited to one political persuasion. The reason is that its fundamental, operative motives aren't really directed at any ideology. The energy underlying every scene in the film is generated by the same thing that informed every sketch on Flying Circus. It's a simple idea but one with ominous implications; people are silly. 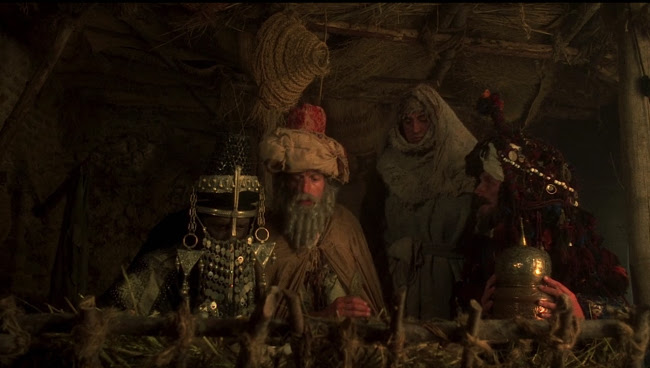 What we see in Life of Brian is that every human endeavour, from the largest to the smallest, is vulnerable to human error. One of the more controversial scenes recently is the meeting of a group of left-wing radicals called the People's Front of Judea (or is that the Judea People's Front?) determined to overthrow the Romans. One of them, Stan (Eric Idle), wants to be called Loretta despite having previously identified as a man. Of course, this 1979 film doesn't use the Transfriendly conceptualising of the terms current to-day and makes the mistake of having Stan express the desire to become a woman rather than saying that she's always been a woman. Nevermind that someone experiencing gender dysphoria might not express it in words properly, either. In a recent interview, Eric Idle has expressed respect for the character and said he played Stan/Loretta fully committed to what the character believed (though he still gets the terminology wrong). But he'd probably be better of not bothering. In any case, the point of the scene isn't that it's funny this guy wants to be a woman, the point is that, in their struggle against tyranny, Loretta wants the right to be pregnant to be a central issue, regardless of the fact that it's physically impossible for her to ever be pregnant. This is only one issue of a number that renders the little group an ineffective bureaucracy rather than an effective foe of Rome. "Bernie or Bust" people might sympathise. 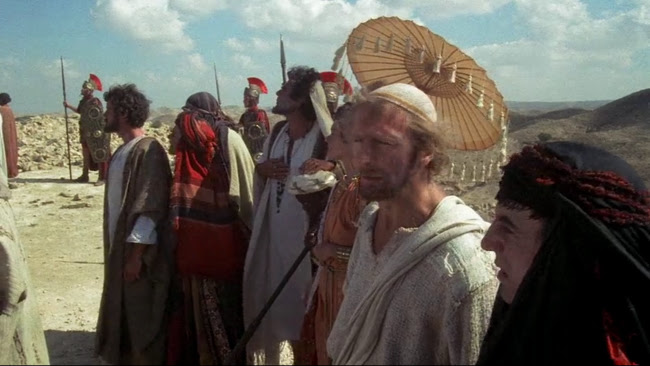 The genius of the film isn't in any attempt to skewer religion or government but in its tone. The Pythons excelled at producing work that could be both totally ridiculous while being devastatingly credible at the same time. Among the thousands gathered to hear Christ's Sermon on the Mount, it makes sense that some on the edge of the crowd can't make out what he's saying, so we get the famous "Blessed are the cheesemakers" line. But the scene's brilliance doesn't stop there as a petty brawl is slowly built up between the fringe spectators. A man played by Michael Palin is trying to listen, is irritated by some innocent comments from his wife and is bothered by comments from Brian (Graham Chapman) and his mother (Terry Jones). We see how Palin's character is soon ready to come to blows over a few idle insults and we can see his anger is fuelled by things completely unrelated to the actual subject matter of the insults. Another of Palin's best characters in the film is a bearded man chained to the wall of a dungeon cell who, seeing Brian thrown in with him and spat on, says, "You lucky bastard!" This is one of my favourite running gags. No matter how bad Brian's situation, there's always someone ready to tell him he hasn't earned the right to be miserable. Palin chained to the wall maintains a lunatic devotion to the strong arm leadership of the Romans, a myopic arrogance that reappears in other characters for trivial or enormous effect. 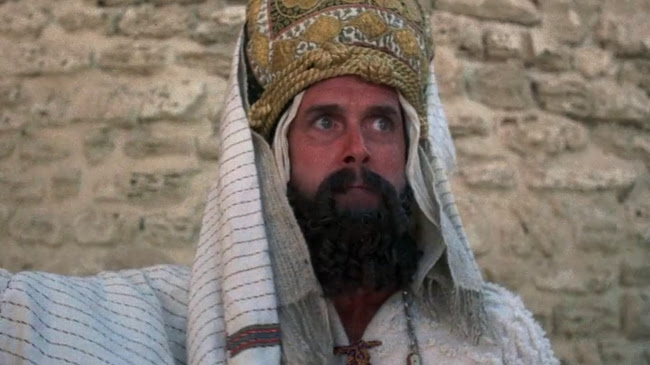 None of this would work so well if it weren't for the finely tuned talents of the writers and performers. Everything seems to work effortlessly and the viewer can't help but recognise humanity in all this silliness.

The time was etched in lands on diamond globes.
The strangled tinsel yields a metal bud.
An emperor dissolved in wisdom's robes.
The pilot's blinded by a cluttered HUD.
Repeated steps have sealed the waters twice.
A sock of diamonds changed for mugs of tears.
A blizzard starts with floating plastic ice.
The din was lost as quick as frozen ears.
The empty cloud resembled many whales.
A rolling mist engulfed the evening grit.
The boneless hands would twist in heavy gales.
The table cards direct where creatures sit.
A foot became a hill at arming length.
The ground returns the to roots the flora strength.