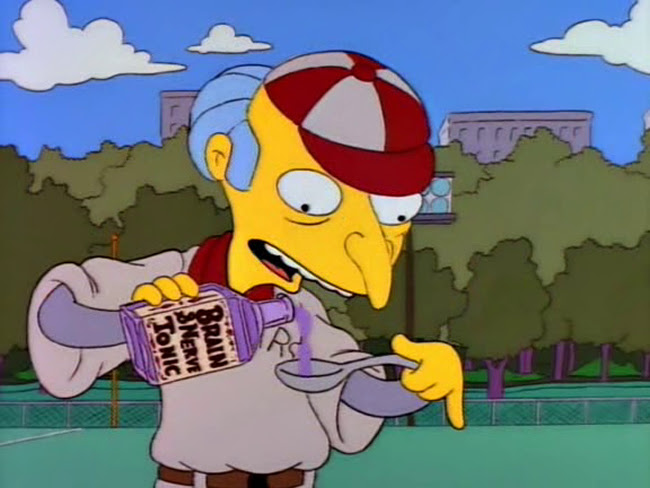 When I was a teenager in the 90s, one of my favourite episodes of The Simpsons was "Homer at the Bat", an episode from 1992 many consider a classic. Certainly I think it crossed a bridge of absurdist humour that influenced both The Simpsons and other animated comedy series from then on. I watched it again a few days ago, for the first time in at least twenty years, but I found myself able to anticipate most of the punchlines anyway, the legacy of my well worn VHS tape. My appreciation for the episode has diminished, though, quite against my will. I found myself wanting to laugh more than I was, and I didn't enjoy it nearly as much as the less surreal episodes I've seen recently in my re-watch of the series. Maybe The Simpsons itself and many of its imitators have run surrealist humour into the ground. Maybe it's the difference in my personal taste, maybe humour based on human behaviour just ages better, I'm not sure. 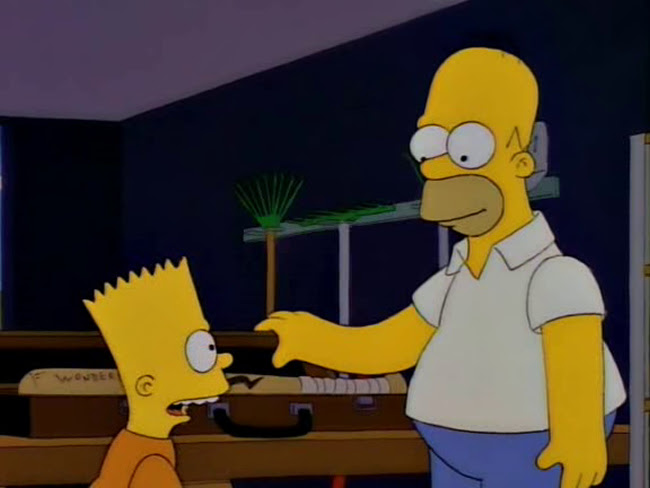 The episode's roughly divided into two acts; I used to prefer the second, now I like the first better, in which Homer (Dan Castellaneta) deploys his secret weapon, the "Wonder Bat", in the company softball game. I love how matter of factly Homer tells the story of crafting the bat, running for shelter under the tallest tree he could find during a thunderstorm, holding a piece of sheet metal over his head as he ran. 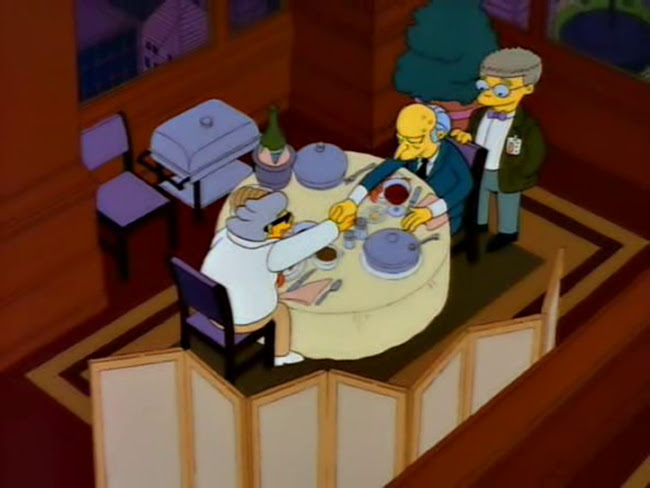 The second act involves a series of ringers, professional baseball players, voiced by their real life counterparts, being brought onto the team by Homer's boss, Mr. Burns (Harry Shearer). As a kid I used to love the sequence where each ringer inexplicably meets with some misfortune that prevents him from playing, from Ken Griffey Jr. who contracts gigantism from drinking Mr. Burns' performance tonic, to Jose Canseco who's guilted into saving all of a woman's prize possessions from a burning house. This is still the only context in which I'm familiar with any of these sports figures, by the way. 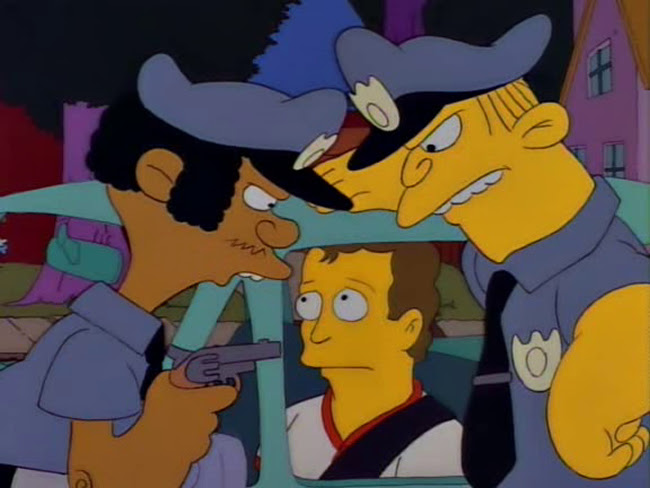 I still admire the inventiveness of it, particularly poor Steve Sax randomly becoming a scapegoat for the local police, but it all lacked the punch it used to for me. Maybe it was just my mood. Maybe alcohol would help. But I liked "Bart the Lover" and "Lisa the Greek" a lot more in recent viewings than I did when I was a kid. I tend to think adults are more interested in stories of kids confronting serious issues than kids are.