Nice Place for a Mirror Universe 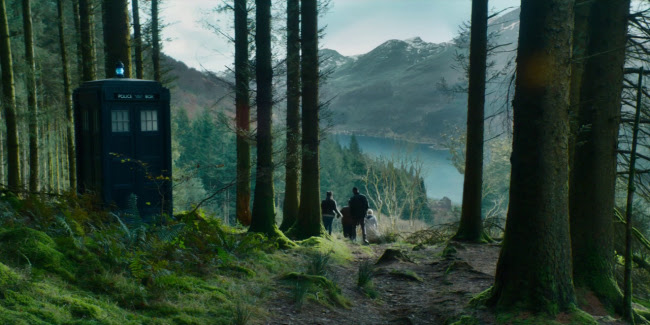 Wow. Okay, to-day's new Doctor Who, you've succeeded in making me want to visit Norway. Just look at that. Though I was disappointed when they missed a very obvious joke when the Doctor said, "Three locks on a deserted house in the middle of nowhere." Someone, maybe Michael Palin or Terry Jones, should've said, "No, no, no. The middle of Norway." I mostly enjoyed "It Takes You Away", it felt at times like a classic series episode, all the business in the cave kind of reminded me of the asteroid caves in The Armageddon Factor. But this was yet another episode that showed most proper Doctor Who stories require no less than 80 minutes. Some bizarre plot expedients through dialogue derailed the last third of the episode in the interest of reaching a conclusion in time but there were still plenty of nice things leading up to the end. 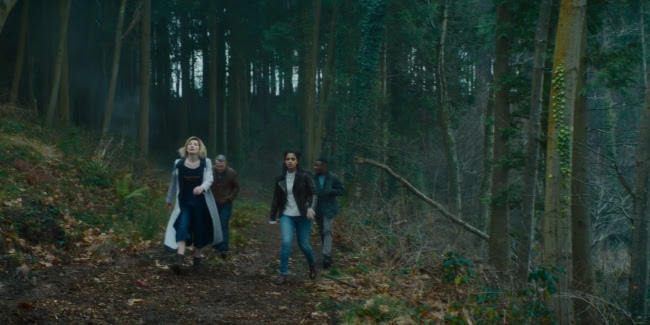 The Doctor (Jodie Whittaker) and her trio of increasingly disappointing companions investigate the mystery of a seemingly abandoned cabin in the middle of Norway. But inside, hiding like Newt in Aliens, is a blind girl (Eleanor Wallwork) who warns them of a creature outside that "takes you away". 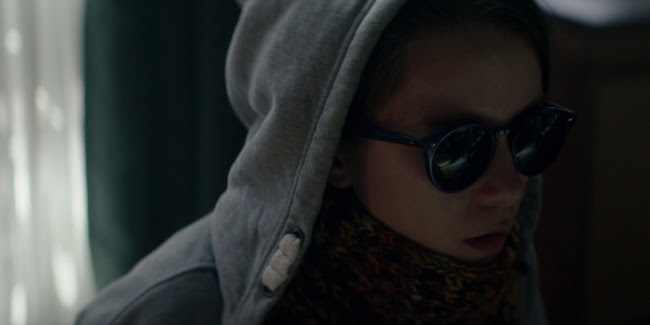 This all ends up being a red herring. Her missing father, Erick (Christian Rubeck), is safe and sound Through the Looking Glass, literally, in a mirror dimension. The show really needed to make an explicit Alice in Wonderland reference. The Fourth Doctor would've. I think the recent Disney movies have diminished the cool factor of Alice for a lot of people. If Disney can leave the property alone for about 20 years maybe it'll get some of its mystique back. But I'm digressing. 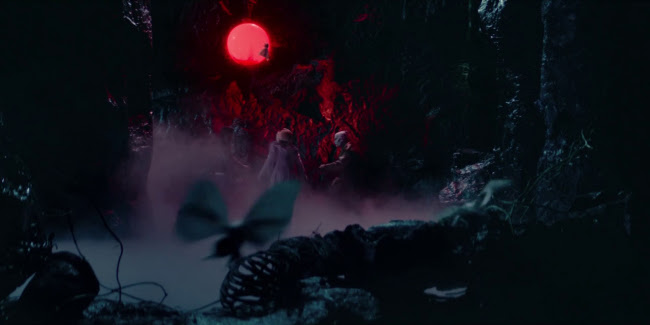 I loved the idea of a buffer dimension and I loved the Nosferatu looking alien, Ribbons (Christian Rubeck), and the flesh eating moths. Though why the Doctor and Ryan (Tosin Cole) assumed the big glowing red orb was just a lantern I have no idea. The caves were also too well lit to make a lantern seem as necessary as the Doctor and Ryan seemed to believe. 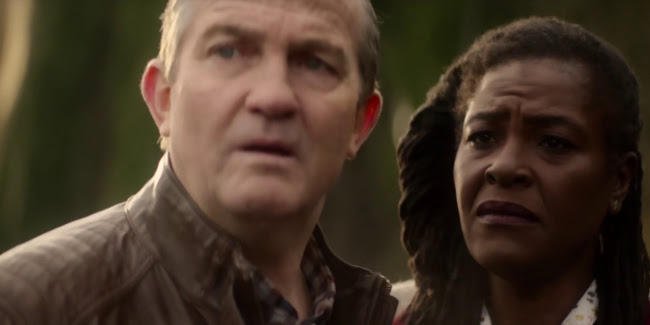 I'm not usually a fan of plots where characters encounter dead loved ones apparently resurrected and have to sort their feelings out but this one didn't bother me so much for some reason. But it annoy me there was a cut after the Doctor told Graham (Bradley Walsh) he needed to walk away from the fake Grace. We needed to see him make the decision to follow the Doctor upstairs to the mirror. 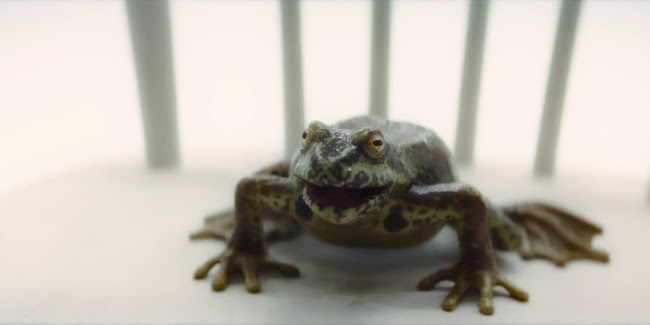 The talking frog was a nice touch, also very Alice-y. I wonder why the Doctor seemed so genuine in wanting to be friends with it after it tried to entrap her other friends. I guess the lure of an entire universe for a friend was too strong.

I liked this episode which was written by playwright Ed Hime. Next week it's back to Chris Chibnall. May God have mercy on us all.

Posted by Setsuled at 3:24 PM
Email ThisBlogThis!Share to TwitterShare to FacebookShare to Pinterest
Labels: doctor who, television, tv show